Review: Tigers Are Not Afraid is a magic-realist thriller rooted in real horrors

Issa López’s film about a girl living in the thick of the drug war in present-day Mexico City is atmospheric, immediate and moving 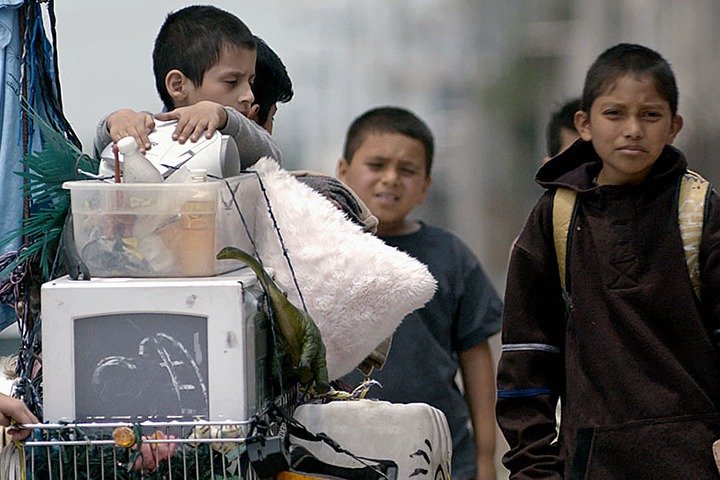 Guillermo del Toro would like you to see Tigers Are Not Afraid, and with very good reason. Issa López’s debut feature feels like a companion piece to his own ghost stories, an elaboration on themes he first explored in Cronos and The Devil’s Backbone, and developed to near-operatic tragedies in Pan’s Labyrinth and Crimson Peak.

The Oscar-winning filmmaker will be introducing the 7:45 pm screening of the film on Friday (August 23), followed by an onstage Q&A with López. You should go to that, both for the conversation and for the movie. As anyone who caught the film when it opened Toronto After Dark last year can tell you, it’s a great little picture – a magic-realist thriller rooted in horrors that are all too credible.

Atmospheric and immediate, López’s film introduces us to Estrella (Paola Lara), a little girl living in present-day Mexico City, right in the thick of the drug war. It’s an environment of constant threat – “ghosts are made every day,” we learn early on – and firefights, crime scenes and corpses are simply part of the landscape.

Left to fend for herself after her mother goes missing, Estrella falls in with a tribe of orphans led by El Shine (Juan Ramón López), who’s a combination of Peter Pan and Fagin, orchestrating scams and petty thefts to feed his flock. And when one of his charges steals a gangster’s cellphone, the entire group is targeted by vicious cartel thugs.

While there’s a version of Tigers that could play as a straight thriller, that’s not the story López wants to tell. Her film is much richer and stranger, with fantastical elements slipping in and out of the narrative like spectral fingers.

I don’t really want to discuss this aspect of the story because audiences should experience it alongside Estrella in the film… but at the same time, the script’s unnatural elements and the way López realizes them are essential to the movie’s appeal.

So I’ll put it this way: Tigers interweaves tangible threats and supernatural elements so gracefully that it becomes impossible to extract them from one another, even when they clearly exist in separate streams. It sounds complicated, but López makes it very simple to follow, much as del Toro does in his ghost stories: we’re following an adult story from the perspective of a child who doesn’t fully understand the world she’s navigating. But she also understands things that we don’t.

Once we’ve plugged into the language of the movie and Estrella’s world comes into proper focus, Tigers becomes a powerful metaphor for a troubled adolescence. López’s fairy-tale touches make it clear that Estrella isn’t an innocent – how could she be in the world that shaped her? – but that she’s clinging to the shreds of her childhood to avoid facing a future where she’s on her own. And the more we see of that, the more tragic, and the more touching, the movie becomes.