Director J.C. Chandor is known for exploring dramatic complexities, but his latest is a basic heist-gone-wrong picture starring Ben Affleck 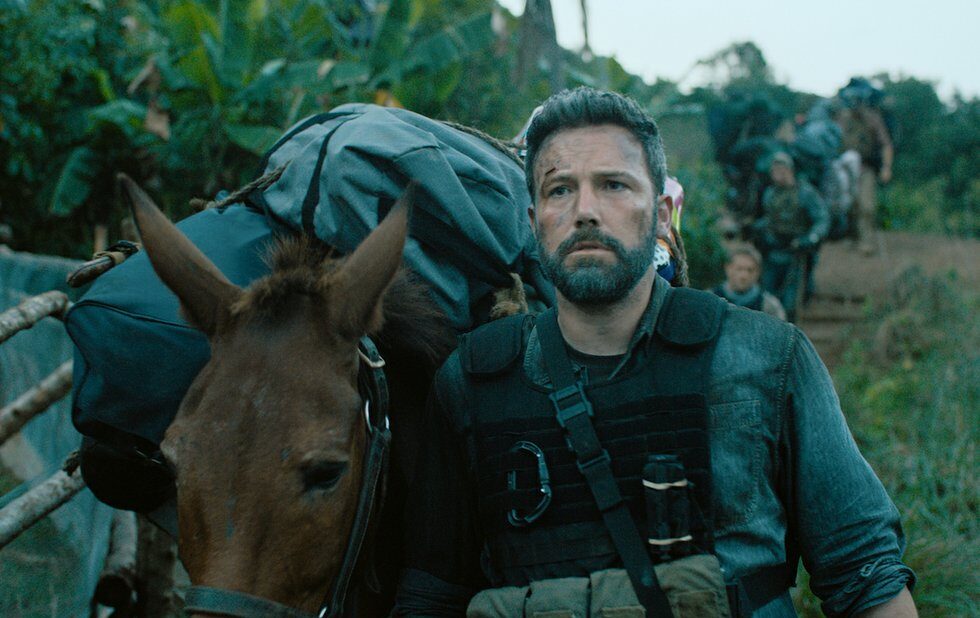 After Margin Call, A Most Violent Year and All Is Lost, director J.C. Chandor delivers his first generic product with Triple Frontier – a surprisingly uncomplicated thriller, given that Chandor’s other films all demonstrated a talent for exploring complexities and dramatic shading in a range of genres. He’s been working on this one for five years maybe he just over-thought it.

Triple Frontier is a pretty basic heist-gone-wrong picture starring Ben Affleck, Garrett Hedlund, Charlie Hunnam, Oscar Isaac and Pedro Pascal as ex-Special Forces buddies who stage a raid on the isolated compound of a South American drug dealer – ostensibly to remove one of the greatest threats to the region’s stability, but really to help themselves to the millions of dollars in cash stashed there.

Naturally, things do not run smoothly, and the five men have to improvise a new exit plan while weighed down by the sheer size of their haul – and with an apparently endless army of assassins on their trail.

It’s well-acted and slickly produced, but it doesn’t offer any perspective on the story it’s telling beyond a general sympathy for the lack of support America offers its veterans. (All five of Chandor’s principals are struggling in one way or another, mostly financially but some psychologically.)

And as Triple Frontier humped through its second half, like William Friedkin’s Sorcerer without the trucks, I found myself wondering what it might have looked like had Mark Boal’s original script been shot by his Hurt Locker director Kathryn Bigelow, as they’d originally intended. It would have likely had a sharper edge, and I suspect Affleck’s reluctant tactician was our original guide to the story, rather than Isaac’s gung-ho point man.

But that’s just idle speculation. What’s on the screen is what we have, and it’s just sort of there. Star power aside, I’m not really sure why this is one of the few titles Netflix is putting into theatres this year. Maybe it’s a contractual thing.