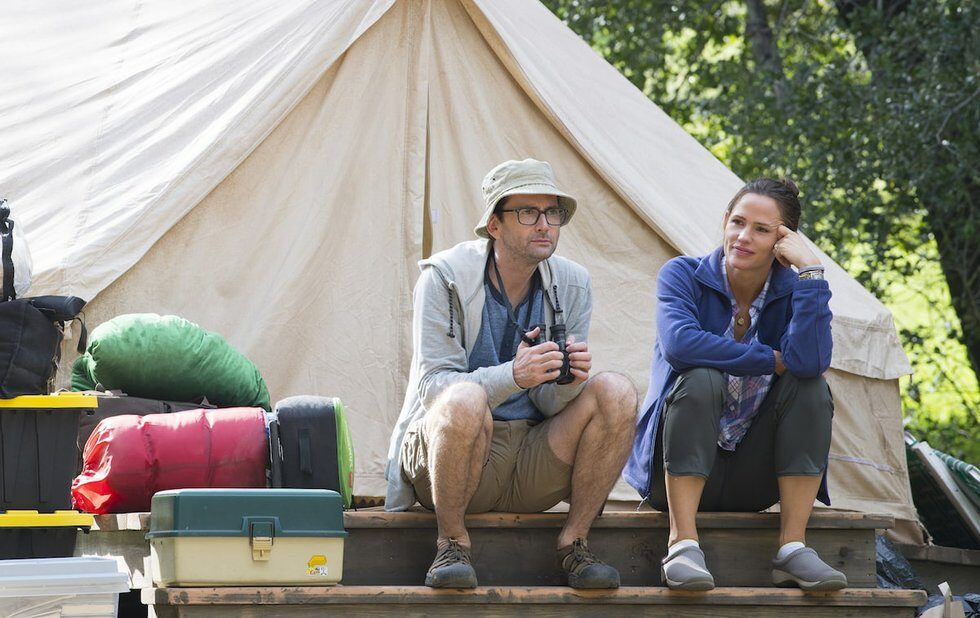 In Camping, the new eight-part comedy series from Girls creators Lena Dunham and Jenni Konner, Jennifer Garner plays a helicopter mom who regularly boasts about her 10k Insta followers while enforcing a to-the-minute itinerary on a celebratory getaway. Her Kathryn borders on parody, harbouring every obnoxious trait you might have observed in type-A parents and social media influencers, all dialed up to 10.

Kathryn is also a vessel for Dunham, who co-wrote most of the series: both have had hysterectomies and suffer from hypochondria. But the intimacy between creator and character doesn’t conjure enough empathy. In the first four episodes shown to critics, you got the sense that Dunham’s looking for a way to laugh at her own crippling anxieties. But the jokes are distancing and rarely contagious in this adaptation of the British series of the same name.

Kathryn organizes a camping getaway with a group of close friends to celebrate her husband’s 45th birthday. The husband, Walt, is played by David Tennant as the docile facilitator trying to keep the group as civilized as possible despite his wife’s constant provocations and his own frustration with her absent sex drive.

Among the large group is Kathryn’s meek sister (Ione Skye), a regular target for the former’s bullying, and a grudging best friend (Janicza Bravo) hanging on to a slight from the past. But the one that irks Kathryn most is Juliette Lewis’s DJ and reiki healer Jandice, a stranger to the circle tagging along as a new over-sexed girlfriend.

Most of these characters enter the campground with their most hostile, annoying or pathetic foot first, in a show that (thus far) only looks for humour in unpleasant traits.

Garner, for her part, does fine work to find Kathryn’s humanity, looking for every possible moment to sympathize with her character even if Dunham and Konner rarely ever make room for it.

I imagine some heartfelt and empathetic moments await, though considering how condescending the show has been toward its characters, that already feels disingenuous.