TV review: 14 & Muslim is a charming profile of three teens

But the documentary, which is airing on CBC, only scratches the surface of a subject that could fill multiple films 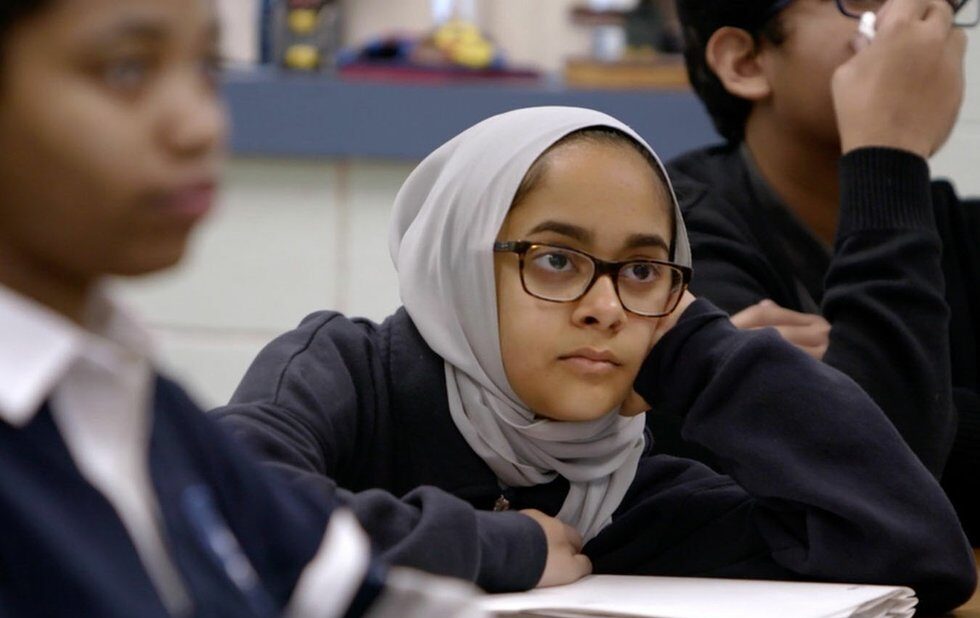 At the Islamic Foundation School (IFS), children and teens take secure positions whenever they hear “code red alert.” This is a drill in case an attacker enters the property, the kind prevalent in the U.S. because of all those school shootings. Canada doesn’t really have that problem. But the Muslim community remains cautious and uneasy, because we do have hate crimes.

14 & Muslim follows three teens (all raised Canadian) transitioning not just through puberty but between grade school at IFS to their high school years. Some have plans to remain at IFS, where the curriculum is integrated with the Muslim faith, while others will explore public or Catholic high schools and integrate outside of their religion.

The doc, airing September 21 on CBC before streaming online, homes in on their specific anxieties. They hear Trump rhetoric and other sentiments regarding Islam and wonder how various events around the world will affect their future, or their walk home.

In that way, it’s like Charles Officer’s Unarmed Verses, a documentary made to figure out how Black youth in Canada were affected by police shootings. The difference, though, is that Officer and his producer Lea Marin are Black, and their intimacy with the subject matter inspired them to dig deeper, get more involved and create an emotional, observational and poetic piece of work.

14 & Muslim director Wendy Rowland, who is white, scratches the surface with a subject that could fill multiple films, achieving as much intimacy as a school guidance counselor would have with their student.

Yet the charming, giggly teens do offer a lot of perspective, speaking freely on how they register the world outside them, what they assume are people’s perceptions of them and what that does to their nerves and wariness.

Among them is Malaieka, who explains that while attending high school among non-Muslims, she had to develop methods to avoid being physical. She’s not allowed contact with males and doesn’t want to offend social circles reliant on high-fives, dabs and hugs. So she demonstrates gestures to avoid incoming contact but still be friendly, like a smiley salute. That’s the sort of detailed interaction I would never have considered.