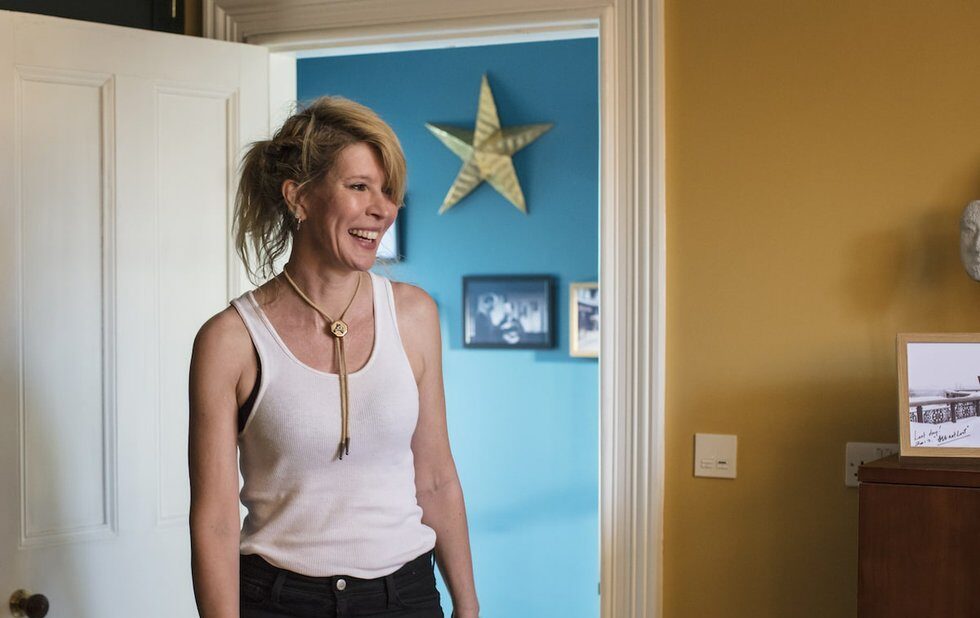 Ever get to a point in a relationship when romance is long dead and every little thing your partner does is not just unattractive, but absolutely repulsive?

British writer/director/actor Julia Davis has an uncanny ability to capture that feeling, and she rubs the audience’s face in it – over and over again – in the opening episode of Sally4Ever, her first series for HBO.

When we meet Sally (Catherine Shepherd), she’s suffering through an energetic but off-key a cappella group’s rendition of George Michael’s Faith. As her partner, David (Alex Macqueen), whom she quietly despises, sings lead, her conservative mom (Georgie Glen) leans on her hard to tie knot.

“You’ve got a limited number of eggs,” she says stiffly. “They lose quality the older you get. That’s why I only had you. I would’ve loved to have had another stab at it.”

The indignities intensify as David graphically massages his feet on the coffee table and later attempts to shake up their sex life with a surprise break-and-enter rape fantasy scenario. Unable to say no, Sally agrees to marry him – whilst wearing his mother’s wedding dress… which still bears an old stain from an “overactive gland.” So passive is she that she evades his sexual advances by announcing she’s going to bed even though it’s broad daylight outside.

Sally’s out comes in the form of Emma (Davis), a mysterious woman she bumps into on the subway and reconnects with in a nightclub. Emma is the singer of a half-assed deadpan electro-pop duo à la the Chromatics, among many other apparent vocations. The two women share a moment of ecstasy on the dance floor – in a scene featuring the slyly genius use of gay club anthem Show Me Love by Robin S – and it’s not long before David is dumped and replaced with Emma, who wastes little time insinuating herself into Sally’s life.

At first, Emma’s presence is almost a relief: she says what Sally can’t. Before long, she’s outed Sally to her intolerant (to both gays and gluten) parents and bluntly confirms David’s deepest anxiety to his face (“She hates you and she hates your penis”). What’s shocking is not that she’s deeply insensitive, but that her actions have a cathartic effect given how convincingly Davis, the director, portrays the world of suburban heteronormativity as suffocating.

Though some might wince at the idea of a series about a sociopathic lesbian, it’s heterosexuality, male entitlement and British conservative mores that are the real targets here.

Davis has been an influential figure in British comedy for years, bringing an assured directorial vision to bear on material that might wither as one-note cringe-comedy in other hands.

Case in point is Lena Dunham and Jenni Konner’s remake of Davis’s 2016 series, Camping, also airing on HBO. Many critics have noted that what makes Davis so funny – a willingness to be unlikeable, emphasizing subtleties within exaggerations – has been lost to faster Americanized pacing and U.S. television’s requisite need for empathy.

In Sally4Ever, Davis gives the actors room to riff on visceral and quotable phrases (“sticky tiny shoe”) in ways that hinge on particular elocution and chemistry specific to her cast. As Emma, her timing is as impeccable as it is uncomfortable, and the way she physically throws herself into the role adds a layer of screwball to the show’s bleak pathos.

So packed are Davis’s scripts with arch and inane dialogue it can sometimes be hard to keep up, particularly in the parallel subplot involving Sally’s ad agency coworker Nigel (Julian Barratt) rebuffing the sexual advances of flagrantly suggestive colleague Eleanor (Felicity Montagu). These characters are fully realized oddballs, and the casual racism and sexism in the office further inform the repressive culture Sally longs to escape. By the end of the first three episodes sent to critics, it’s not yet clear where this story thread is going beyond an office comedy reprieve from the Fatal Attraction plot.

Shepherd is the understated one in this cast, giving us a sympathetic – if frustrating – moral centre to cling to. Mcqueen, meanwhile, is brilliant at being appallingly pathetic and self-absorbed. No matter what Emma subjects him to – especially in the heinously hilarious second episode involving his father’s suicide – it’s impossible to truly feel bad for him.

The show also wanders into cinematic territory that it then promptly satirizes. The scenes of Sally and Emma’s romance are often tightly framed, magnifying the intensity of their attraction – and the alternating freedom and confinement it creates. It’s easy to understand why Sally falls for Emma as much as we want her to walk away. Lest you think this style elegant, Davis takes the visual trope to ridiculous extremes with a drawn-out lesbian sex scene that makes Blue Is The Warmest Color seem like Sense And Sensibility. (Get ready for the year’s best money shot.)

By the end of episode three, it is increasingly obvious Emma is abusive. She’s using Sally’s desire for liberation as a means of control. It’s a bitter irony that Davis exploits to the max in what is shaping up as ruthless send-up of the ways relationships are transactional and alienating. So far, Sally4Ever is a new creative bar for Davis, and a perfectly uncompromising introduction to her gleefully inappropriate comic auteurism for North American audiences. 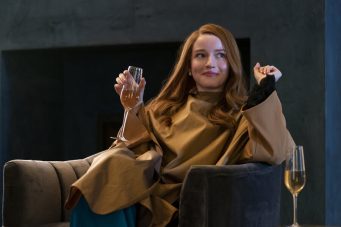 What to watch on Netflix Canada in February 2022

Here's everything coming to Netflix Canada in February 2022, including The Cuphead Show!, Inventing Anna, more Space Force and new.