NOW MagazineMovies & TVReviewsTV review: Marvel’s The Punisher is much improved in season 2

TV review: Marvel’s The Punisher is much improved in season 2

The Netflix series likely won't be back for a third season 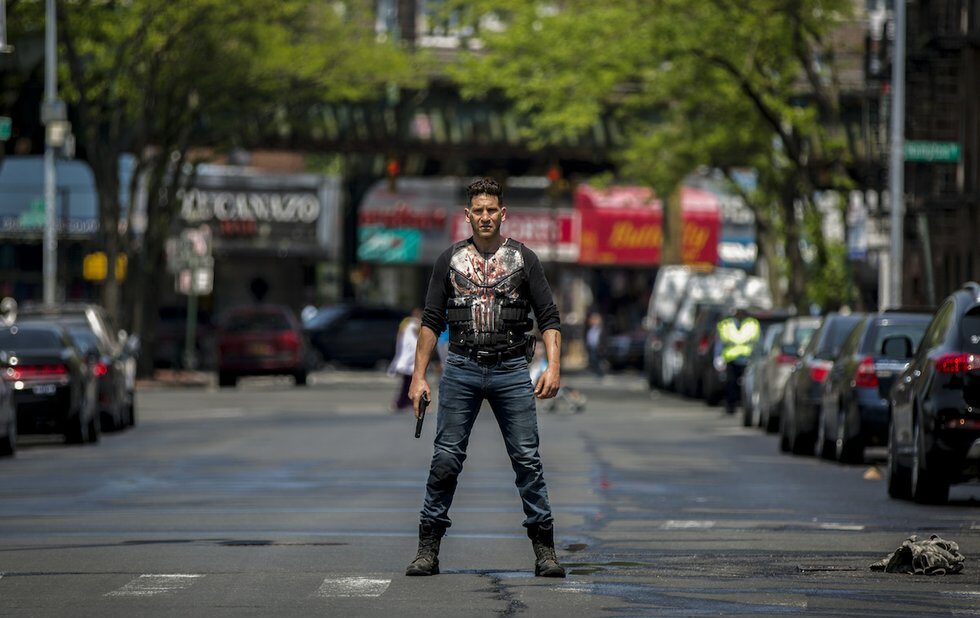 In light of the conscious uncoupling of Netflix and Marvel Studios over the last few months, the second season of The Punisher – which arrives on the streaming service Friday (January 18) – will almost certainly be its last. And that’s a shame, because this season marks a massive improvement over the previous one, with a sharper sense of mission and a tremendous performance by Jon Bernthal in the title role.

From his first appearance as Frank Castle, Bernthal’s done remarkable work with the contradictions and limitations of his vigilante character, who was introduced (both in the comics and in the Daredevil TV series) as an unbalanced, ultra-violent antagonist, and eventually reshaped into a grudging hero who chooses to channel his murderous rage at criminal targets… although it’s a little more complex in this incarnation.

This Castle is still an ex-military specialist who reinvented himself as a vengeful, up-armoured spree killer after he and his family became collateral damage in a government operation gone sideways, sure. But Bernthal gives him a bluntness and impatience that wasn’t possible in pen and ink you could see him visibly fighting the urge to murder everyone in the room, just to stop from having conversations about strategy. Frank Castle doesn’t do strategy he murders everyone in the room. That’s his go-to move.

This Castle was also handicapped by a bit of exposition in his Daredevil appearance that told us his family’s murder had left him in a constant state of fight-or-flight, forever reliving the moment of their deaths and the blinding rage that trauma inspired. The idea was shelved pretty quickly once Castle got his own show, and in the season premiere, writer/producer Steve Lightfoot makes a small but crucial retcon: Frank’s starting to get a little distance, and allowing himself to explore the possibility of a new, non-violent life as he drifts around America, staying in motels and hanging out in roadhouses. Or maybe he’s just looking for a new excuse to start trouble.

Bernthal makes the most of that duality, which gives the show a fascinating ambivalence toward its lead. People are constantly calling out Frank’s brutality, wondering if he puts himself in harm’s way so he can respond with deadly force. It seems pretty clear that this is the case, but Bernthal shows us Frank literally can’t see it it’s easier, and more satisfying, to keep moving forward, mowing down any obstacle in his way.

But Frank’s also trying to rebuild the life he used to have, however unconsciously a dalliance with a bartender (Angel’s Alexa Davalos) he meets in Michigan leads him to think about maybe putting down roots, which ultimately leads him to help out teenage petty criminal Amy Bendix (Giorgia Whigham) when she’s targeted by some highly placed baddies.

Things get bloody – very bloody – and eventually Frank retreats back to New York to face his own past, embodied mostly by ex-comrade and current enemy Billy Russo (Ben Barnes), whose face and memory have been scrambled into a jigsaw puzzle after the events of the first season. Russo’s been recuperating at a prison hospital under the care of a compassionate psychotherapist (Supergirl’s Floriana Lima), but it’s not long before he breaks out and makes his way back to Frank, too.

If you know the lore, you might think you know what happens next. But the show doesn’t quite go in that direction – at least, not right away.

That’s because Lightfoot has finally cracked Marvel TV’s biggest challenge, which is how to expand simplistic comic-book stories to fill 13 hours of television. Daredevil, Jessica Jones, Luke Cage and Iron Fist all struggled with this, killing time as sidekicks chased their own subplots or villains seethed in their lairs it made use of existing sets, but rarely moved the story forward.

This season of The Punisher has its share of padding – I’m still not terribly interested in the professional trials of Castle’s Homeland Security enabler Dinah Madani (Amber Rose Revah), and the fundamentalist heavy John Pilgrim (Josh Stewart) is basically a walking jar of mayonnaise – but even the side trips are relevant to Frank and Billy’s stories.

There’s also more consideration given to the arcs of individual episodes, which makes a huge difference in the midsection of the season, when Marvel shows generally start to sag.

One early episode plays as a riff on John Carpenter’s Assault On Precinct 13, with Frank helping an understaffed sheriff’s office fend off an armed siege. Another, directed by Jamie M. Dagg (who worked with Bernthal on the thriller Sweet Virginia), lets Frank mourn his daughter while using Amy to draw out a Russian gangster. And a third lets Billy find some equilibrium by hanging out with other veterans – which counts as real character development, even if he does organize them into a criminal gang by the end of the episode.

It’s all better than it needs to be – smarter, sharper, more thoughtful – while also consciously reckoning with the fact that this is a show about a man who’s never happier than when he’s covered in other people’s blood. And he’s the good guy. Sort of.

Anyway, strange as this may sound, I’ll miss it when it’s gone.