TV review: Netflix’s The Umbrella Academy is a muddled riff on Watchmen 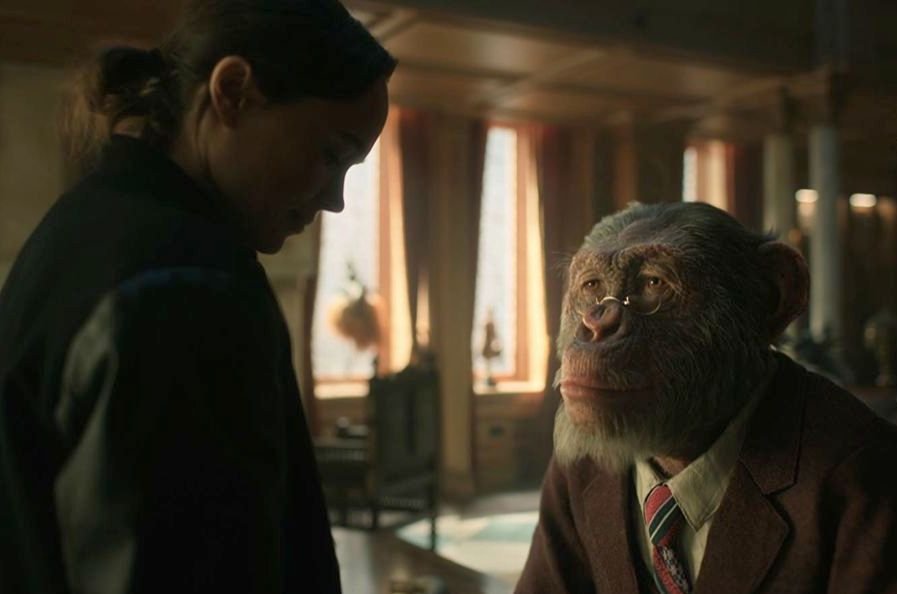 Their foster father is dead. They haven’t spoken to one another in years. And their long-lost brother just arrived through a time portal to inform them the world is ending in eight days. Not the best reunion for a family of super-powered twentysomethings and their “ordinary” sister.

That’s the setup for The Umbrella Academy, a new Netflix adaptation of Gerard Way and Gabriel Bá’s cult comic series that reshuffles elements of the book’s two key runs into a muddled riff on Alan Moore and Dave Gibbons’s Watchmen that’s simultaneously overstuffed and underdeveloped. There’s good stuff in it, but it’s constantly getting lost in the clutter.

In 1989, Luther (Tom Hopper), Klaus (Robert Sheehan), Alison (Emmy Raver-Lampman) and Diego (David Castañeda) were four of 43 super-powered babies spontaneously born around the world in a never-explained global event. They and three others were adopted by eccentric billionaire Sir Reginald Hargreeves (Colm Feore) and trained as crime-fighters at his Umbrella Academy. Imagine the X-Men if Professor X was a cold, abusive autocrat and you’ll get the idea.

In the present, the long-estranged siblings reunite for Sir Reginald’s funeral, joined by Vanya (Ellen Page), the sister whose frustration at being shut out of the super-stuff led her to write a tell-all that’s estranged her from the family. And just as everyone seems ready to reconcile, Five (Aidan Gallagher) appears, still looking like a 13-year-old, to tell them they have a week to save the world.

Oh, and there are a pair of assassins, played by Mary J. Blige and Cameron Britton, who are running around murdering people for unknown reasons. You know, just because.

It’s a hell of a start, and the show’s kickoff episode, directed by TV veteran Peter Hoar, does a great job of introducing us to the characters, their world and the mysteries that must be unpacked the core cast is great at quickly establishing a range of old wounds and long-held grudges, particularly Hopper and Page.

There’s a lovely musical sequence in that first episode, set to Tiffany’s cover of I Think We’re Alone Now, that spies on each of the siblings as they slowly, privately, let themselves loosen up and shrug off the weight of the day. It’s a moment that feels inventive and unexpected, and in an age of superhero saturation this is more than welcome. And it gives the show an appealing energy and a fun signature flourish that propels it through the next few episodes.

Unfortunately, every subsequent musical sequence fails to measure up to it. And there are a lot of musical sequences, as the show runs out of story too soon and must kill time before it can launch into its final movement.

For The Umbrella Academy, the fizz runs out around the midpoint, its narrative engine flooded by unnecessary flashbacks, distracting secondary stories and supporting characters who turn out to be far less important to the master plot that we’re initially led to believe. (Don’t get too invested in that prosthetic eye, kids.)

All that padding – mostly in the form of extraneous flashbacks to the super-kids’ younger days, which go heavy on the angst but somehow never get around to showing us how they functioned as a team – left me wondering why I was watching a 10-part version of a three-hour story.

And for a show that’s specifically about preventing the end of the world, there’s little to no urgency the one episode that does feel vital and immediate re-sets the board at the end of the hour, which might have seemed like a brilliant storytelling tactic in the moment but plays like a betrayal of the characters and the audience. When The Umbrella Academy finally rallies again in the last section, I just didn’t care.

This isn’t the first time I’ve had these thoughts while watching a Netflix superhero series, mind you, but from the energy and confidence of that first bundle of episodes, I’d hoped this one would find a way to be different. At least it’s fun to watch the parade of subtly redressed Toronto locations (see if you can spot the one streetcar the production team forgot to erase!), and you can enjoy Sheila McCarthy’s genuine warmth as a pleasant donut-shop owner who’s largely ignorant of the master plot.

Oh, and the whole thing ends with a setup for a second season. I’m in no hurry.