NOW MagazineMovies & TVReviewsTV review: You is an absurd and amusing satire of online security

TV review: You is an absurd and amusing satire of online security 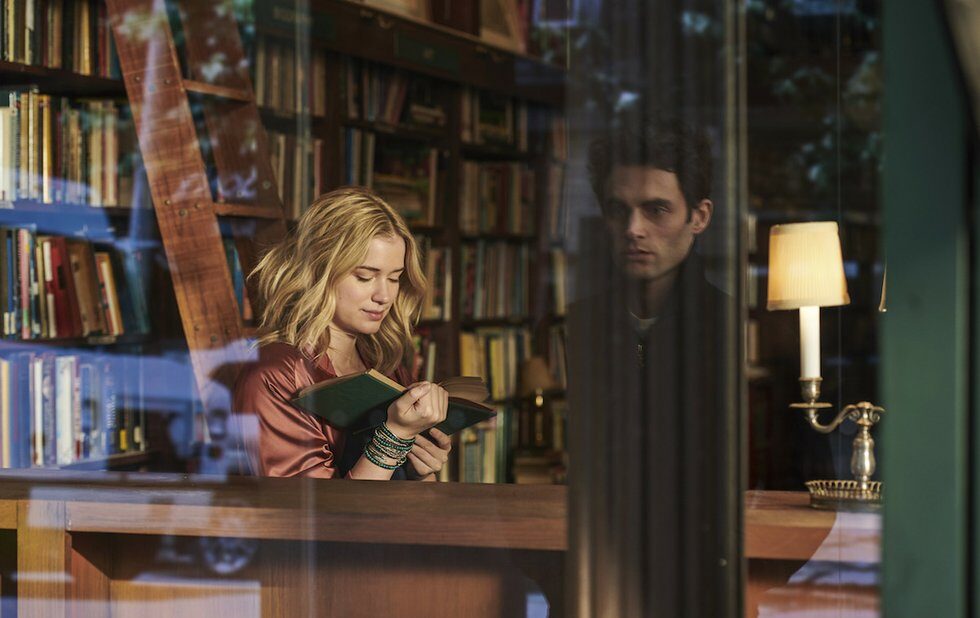 Television history can be neatly periodized into two distinctly sexual epochs: Before Gossip Girl, and, of course, everything that came after.

The latter interests me far more than the former these days, mostly because it offers a cohort of fun and playfully arcane series perfectly tailored to the binge-oriented millennial diet: Pretty Little Liars, 13 Reasons Why, Riverdale, Élite. There are more interesting genres, I’m sure, but this viral strain of television has occupied the chatty void of the internet as of late — particularly with the recent Netflix debut of Lifetime’s You, a darkly entertaining stalker melodrama by Greg Berlanti and Sera Gamble that captured the attention of social media users for weeks after its release.

The fascination is justified. You, based on Caroline Kepnes’s 2014 novel, is a smart and irresistible show loaded with satire, black humour and witty social commentary that offers a deranged stalker as a central figure. It begins at the start of a tragedy, as a princely bookstore manager Joe Goldberg (Gossip Girl’s Penn Badgley) sleazily sizes up his prey: a cute poetry grad student weaving her way through the maze of his store in search of books by Paula Fox. (Pretty girls are the most fun to exploit on Lifetime.) “You’re not here to be ogled, but those bracelets, they jangle. You like a little attention,” Joe decides, in his head, where we reside for most of the show. “Okay, I bite.”

He does bite, as reptiles do, and his serrated teeth are impossible to extract. The two exchange harmless banter. There is, of course, nothing inherently nefarious about shy smiles and a few words about the “epidemical” magnetism of so-called “famous authors,” but the promise of danger is implicit, like a machete flashing beneath its holster.

Social media has made a panopticon out of our lives and we’ve all done our fair share of Instagram flâneuring at one point or another, hence the banality of the term “creeping.” But Joe’s creeping is less principled – he steals Guinevere’s phone, and eventually her laptop, to mine her life’s data and simplify his predation. Joe is a stalker. He has no sense of boundaries, or at least doesn’t care for them, and mistakes kidnapping for heroism and violence for love. He’s charming, yes, and nice to look at, but the point is he’s a sociopath.

The show is at its best when its satire is sharp, when it sketches hilarious caricatures out of familiar personalities: gluten-free, trust-fund dickheads body-positive social media influencers spinning fempowerment out of products the white guy who’s most earnest about his wokeness because he has, in fact, read Judith Butler. (“Sometimes I swear I’m the only real feminist you know,” Joe speculates as Guinevere and her friends watch The Bachelor.) If You has a thesis, it’s imparted in the first five minutes: “At the end of the day, people really are disappointing, aren’t they?”

The most amusing performance comes from Peach (Pretty Little Liars’ Shay Mitchell), the rich and eternally bluesy damsel, who brings a dramatic and a soapy presence to the show that makes you miss her the instant she disappears from sight. You is also intensely aware of our anxieties around the state of online security, and the mythology of that security, at least to the extent of our severe oversharing.

It seems far too easy, or perhaps uncritical, to dismiss You as some twisted means of “romanticizing” the decidedly unromantic act of stalking someone. Yet, the knee-jerk response has been to position You as a kind of moral failing. It is not: none of the “romances” are presented in a way that allows us, even for a moment, to be blind to the mangled fuckery of it all. And there isn’t a single interaction that plays out that can be called anything other than manipulative. The toxicity of the relationships is not confined by sexual interest. The poison is airborne, or maybe infused in Manhattan’s green juice reservoir, and has tainted far more than just masculinity. It’s nearly impossible to locate a character that doesn’t have some hidden agenda. And what’s romantic, anyway, about murder?

The greatest crime You is guilty of is its stretches of extreme absurdity. The bookstore basement that doubles as a soundproof prison. The baseball cap that renders our antagonist invisible. Joe lending his younger neighbour a copy of Mary Shelley’s Frankenstein “because you get to see things from the monster’s point of view so you know he’s not all bad.”

The plot isn’t entirely secure, or even believable, and yet, before you can complain about, say, why Guinevere is such a constitutionally bad judge of character, you’re nine episodes in, on the edge of your seat. Perhaps you’re thinking about how much of yourself you’ve put on social media, how you can’t take any of it back, who might be outside your window and why you even started watching You in the first place.