After a one-note pilot, this chronicle of New York ball culture in the 80s gathers weight and prioritizes knowing LGBTQ viewers 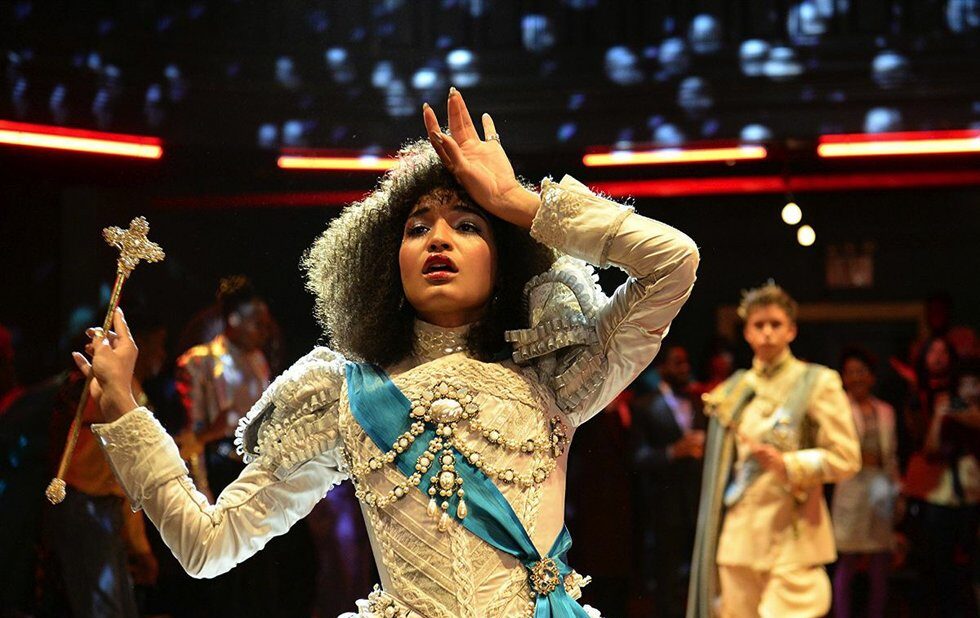 In chronicling New York’s ball culture, catwalk-style competitions where gay, transgender, Black and Latino queens vie for status, Pose is not unlike the 1990 documentary Paris Is Burning.

But while that film is considered iconic, embraced by many in the queer and trans communities, it’s not without its problems. Directed by Jennie Livingston, a white, middle-class genderqueer lesbian, Paris Is Burning has been criticized by no less than author and feminist bell hooks, who felt that Livingston’s privileged gaze caused her to gloss over the systemic oppression her subjects faced.

In the lead-up to Pose’s premiere, there’s been press about the history co-creator/producer/director Ryan Murphy, a cis white gay man, is making by bringing together the largest cast of transgender actors in series regular roles. But is history getting ready to repeat itself?

Pose’s pilot episode nods an emphatic yes. It sets up the series’ main plot: the rivalry between House of Abundance, led by old queen Elektra (Dominique Jackson), and the upstart House of Evangelista, led by her former protegée Blanca (Mj Rodriguez). It also settles viewers in a bit too comfortably, spending a lot of time explaining elements of ball culture, such as voguing, the house system, ball categories and reading. Directed by Murphy, the pilot feels like ball culture for a cis white gaze.

I’d like to think that Murphy and his co-creators/writers, Brad Falchuk and Steven Canals, a queer Afro-Latinx writer who penned the show’s source material, took that approach simply to get the show green-lit and then did whatever they wanted afterward. Something similar to the wool Donald Glover pulled over FX’s eyes to get Atlanta made.

Thankfully by the season’s midpoint, Pose adjusts its view and centres LGBTQ stories while prioritizing its knowing LGBTQ audience, helped along greatly by including trans women writers Our Lady J (Transparent) and Janet Mock (the first trans woman of colour to hold a writer’s role on a TV series). Moreover, it does so with an unflinching gaze.

Trans discrimination, sex-reassignment surgery, the AIDS epidemic, beauty standards and body shaming within the trans community are all addressed. These issues aren’t neatly wrapped up in one episode arcs either. Pose commits to exploring them throughout the show, and in doing so, its characters develop from one-note in the pilot to full-fledged and engaging.

Rodriguez plays Blanca with a mix of fiery determination, world-weariness and wide-eyed innocence, not unlike Jennifer Beals as Alex Owens in Flashdance, who Blanca nods to in an off-the-shoulder sweater look in episode one. (The show is set in the early 80s so references to that era abound.) Her arc is the heart of the show. She’s mother and mentor to the rejected LGBTQ youth in her house and turns to activism, staging a nightly sit-in at a gay bar where she’s denied service. Seeing her repeatedly and, at times, violently thrown out is gut-wrenching in a series that doesn’t pull any punches.

Similarly, in an affecting scene in episode three, the camera is trained on Jackson’s Elektra as she tucks her penis with electrical tape while crying. She wants to undergo sex-reassignment surgery, but her Manhattan sugar daddy (Christopher Meloni) forbids it. To do so would mean giving up her sole means of financial support.

It’s these scenes (and there are many) that elevate Pose, which both revels in the spectacle of the ball – every episode features queens walking in different categories, which is part of the fun – while fearlessly depicting the struggle and resistance of trans women of colour.