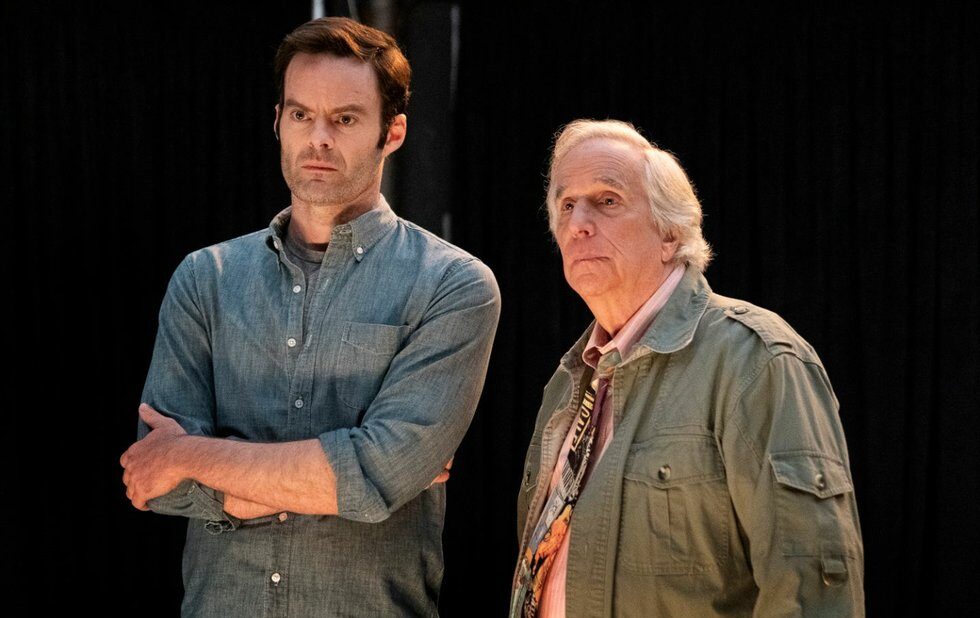 The first season of Bill Hader and Alec Berg’s Barry ended on a note so grim that I wasn’t sure the series could come back from it. Cornered during a weekend getaway by LAPD detective Moss (Paula Newsome), who’s figured out he’s the suspect at the centre of a convoluted murder case, Hader’s anti-hero – an assassin who’s trying to reinvent himself as an actor – lures her out to the woods and comes back alone, promising to be a better person going forward.

Barry the character makes that promise a lot. He never keeps it. That’s what makes Barry the series such a fascinating, tragicomic experience, piling on one conflict after another atop its dead-eyed protagonist, and making us understand why he does what he does to get out from under them.

Barry is a monster caught in a trap that’s entirely of his own making, and in a moral world we shouldn’t want anything but his capture. But this is a show about how easily one’s morals can be discarded in the face of desire and rationalization, and not just when Barry’s the one doing it. Almost every character compromises his or her values in one way or another over the course of the first season – assuming they had any to begin with. Some of them paid no price at all for it some of them ended up dead.

Season two picks up days after the last season’s finale. Barry has gotten away with murder, again, and does his best to coax the heartbroken Gene through Moss’s disappearance so their acting class can put on their production of The Front Page. Barry is also trying to make good on that promise to stop killing, having severed ties with his manipulative handler Fuches (Stephen Root) last season – which necessitated the slaughter of a dozen or so Chechen mobsters, no big deal – and dedicated himself to living a normal life with his innocent classmate Sally (Sarah Goldberg). He’s got a job at Lululemon and everything.

But of course it can’t last: the cheerful Chechen Noho Hank (Anthony Carrigan), who forged an alliance with the local Bolivian gangsters after Barry laid waste to his friends, resurfaces with an elaborate plot to set Barry on a rival organization. Fuches is still knocking around, more than willing to sell out his former associate in a heartbeat. And Moss’s partner Loach (John Pirruccello) is trying to find out what happened to her.

Barry starts to open up in class about his time in the Marines, and Gene wants him to confront his darkness by bringing it on stage. Sally thinks he should choke her in a scene she’s written about leaving her abusive marriage. Barry really doesn’t want to do that. We really don’t want him to, either.

This conflict – which comes to a head at the end of episode three – is the show in a nutshell: we are somehow totally on the side of someone who doesn’t want to expose himself as the monster we know he is, because we know how he got there. Hader’s remarkable in the role, playing the contradiction of Barry being a terrible actor in practice while also being a brilliant improviser in his daily life – he’s lying to everyone around him, after all – and constantly clamping down on his murderous instincts. And in the last beat of that episode, when Barry finds a reason to let loose, Hader is genuinely terrifying.

Which isn’t to say Barry (the show) abandons comedy in its second season. It’s still very funny, especially when it focuses on the assorted neuroses of the various gangsters who keep finding their way into Barry’s life. Carrigan’s NoHo Hank is a magnificent comic creation, a glad-handing sociopath whose life-coach personality does nothing to dilute his capacity for violence, and his reflexive distrust of certain new characters introduced this year is a great running gag.

Barry’s dual mentors, the vindictive Fuches and the narcissistic Gene, offer Root and Winkler the chance to build on their magnificent performances: Winkler won an Emmy for his work in season one, and Root might have a shot at one this year. And Barry’s acting pals (among them The Good Place’s D’Arcy Carden and Killing Eve’s Kirby Howell-Baptiste) are just as enjoyable, if not as outsized. It’s a pleasure to watch them squabbling about their petty, sitcommy problems in the background, as if they don’t realize whose story they’re living in.

For their sakes, I kind of hope they never figure it out.