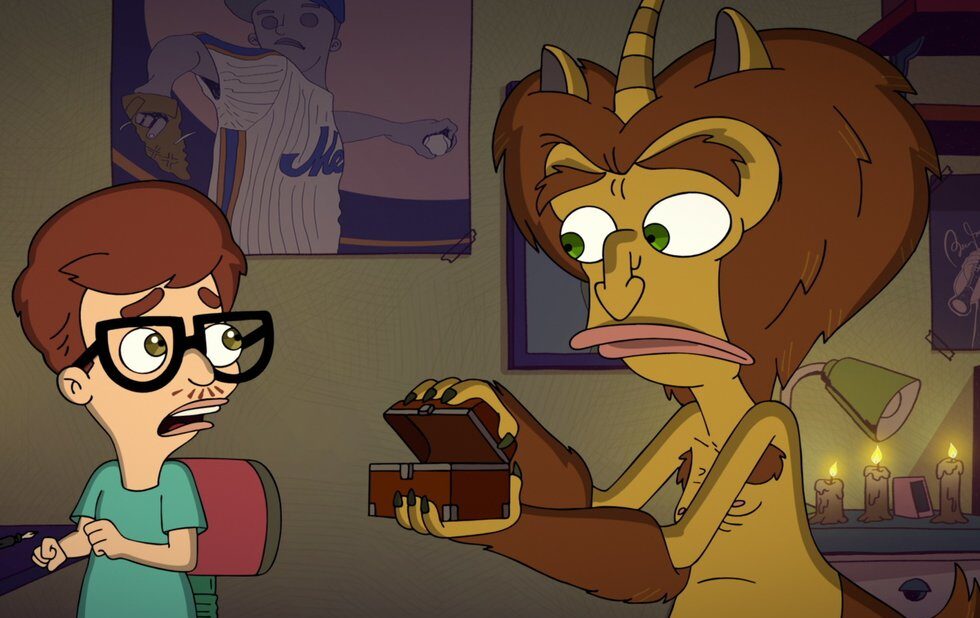 Earlier this summer, Netflix announced a deal to keep Nick Kroll’s animated comedy Big Mouth going through at least its sixth season. I am very happy about this, because on the evidence of the third – which arrives on the streaming service Friday (October 4) – there’s a lot left to explore in the lives and psyches of the anxious kids at the centre of its story.

Big Mouth continues to chug along nicely, mining big laughs and even a little pathos from the anxiety and awkwardness of seventh-graders Nick Birch (co-creator Kroll), Andrew Glouberman (John Mulaney), Jessi Glaser (Jessi Klein) and their classmates as they flounder through adolescence in the suburbs.

Self-esteem is a myth, the internet is an unending hellscape and parents are hobbled by their own issues. Throw in a couple of overly enthusiastic Hormone Monsters to provide constant commentary and cheerleading, and it’s a wonder anyone gets to school on time at all.

The new season finds Kroll pulling back on some of his more, ah, limited characters – the insufferably dense Coach Steve is relegated to a handful of cameos, for instance – to explore other, richer supporting players.

Maya Rudolph also gets more voice time now that Connie the Hormone Monstress is tending to Nick as well as Jessi, and she makes the absolute most of it. Elsewhere, Andrew Rannells’s Matthew finds his unflappable self-confidence seriously flapped as he pursues his flirtation with Aiden (Zachary Quinto).

There are more concept episodes than usual this year, but they’re great ones: Nick accompanies Andrew’s family on a Passover trip to Florida a new kid (Ali Wong) throws the student body into chaos when she announces she’s pansexual the school musical is a stage adaptation of the highly problematic 90s movie Disclosure, pairing Nick and Missy as Michael Douglas and Demi Moore a freak storm gives everyone highly metaphorical superpowers and the ghost of Duke Ellington (Jordan Peele, having the very best time) spends an episode recounting the loss of his virginity.

Kroll and his writers – among them recent JFL42 performer Joel Kim Booster – take obvious pleasure in creating pockets of awkward comedy, but they’re also refreshingly respectful of the characters’ terror at their uncontrollable bodies and changing circumstances. (Also, Andrew is still clawing his way back to social acceptance after being such a dick in the Valentine’s Day special.)

It’s not just the kids, either. Andrew’s mother (Paula Pell) gets a visit from the Menopause Banshee (Carol Kane), causing her to wonder whether life as she knows it is ending, and Jessi’s parents (Jessica Chaffin, Seth Morris) are still trying to handle the fallout from their divorce without alienating their daughter.

You wouldn’t necessarily expect a show with Shame Wizards and musical numbers about Florida’s slide into decadence to be this thoughtful, but that’s the lesson of Big Mouth: sensitivity matters.