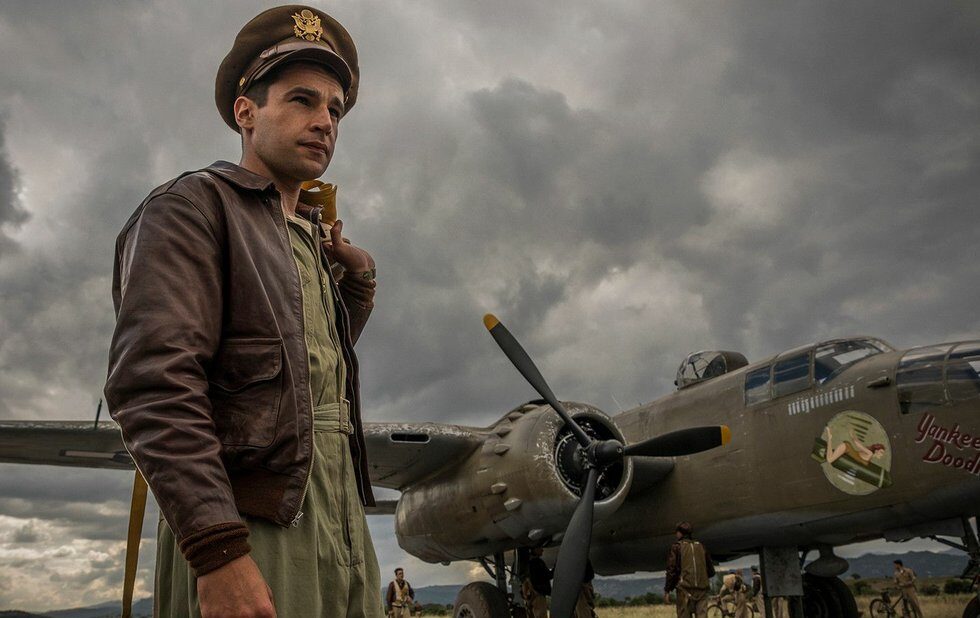 The satire and cynicism in the new Catch-22 is polished and antiquated.

The six-part series, written and developed by Luke Davies and David Michod, adapts Joseph Hellers 1961 novel about a U.S. Air Force captain trying to duck away from duty during the Second World War. The novel was adapted into a 1970 film by Mike Nichols, and as Matt Zoller Seitz points out in Vulture, has gone on to influence such timeless and influential anti-war classics as Apocalypse Now and Full Metal Jacket.

The material is almost 60 years old, and perhaps lacks urgency today, but thats exactly how George Clooney seems to like things. Hes a producer on the series and directs two episodes. The actor and filmmaker gravitates towards period pieces (from Good Night, And Good Luck to Suburbicon), taking his old-school charisma to heart and enjoying a polite distance when applying his liberal politics to issues from the past.

During the first two episodes available to critics, Catch-22 feels awfully gentle and polite, its humour about war profiteering and military hubris lacking the bite we might crave in these divisive times.

But it can also be quite funny and surprisingly soulful, with a disarming performance from Christopher Abbott, whom youll recognize from indie fare like James White and It Comes At Night or Lena Dunhams Girls.

Abbotts bombardier John Yossarian is searching for a way out of service. Hes afraid he might be the next casualty while dropping bombs on Italy under heavy enemy fire. And his chances at survival get slimmer when the overeager Colonel Cathcart (Kyle Chandler) raises the required mission count pilots must fulfill before they can be sent home.

Having already faked physical illness, Yossarian wonders whether he can get out of active duty by claiming insanity. Thats when a doctor (played by Clooneys producing partner Grant Heslov) explains the infamous Catch-22 rule: a soldier who is mentally unstable can be pulled from action, but should a soldier request removal, showing awareness for their own safety, they would be deemed sound of mind and remain on duty.

The sitcom-like humour delights in such frustrating bureaucratic absurdities and the opportunists who know how to game the system to either take the easy road or make a profit. Among them is the cook, Milo (a scene-stealing Daniel David Stewart), who seizes on his military access to import Scottish lamb and export Italian tomatoes, building a black-market trade syndicate that proves war can be good business.

The shows comic MVP is Chandler, whose domineering and tyrannical Colonel Cathcart gets laughs just because the actor lends him so much energy and conviction.

The comedy can also feel stretched thin, at least in the first two episodes, where a more snappy pace would be welcome.

Things slow down to meandering during intermittent scenes where Abbotts forlorn Yossarian stares out onto the sun-kissed scenery, looking contemplative. Abbotts rueful performance lends Catch-22 its weight. But the action doesnt need to stop for us to take notice.