TV review: Divorce moves on a little too quickly 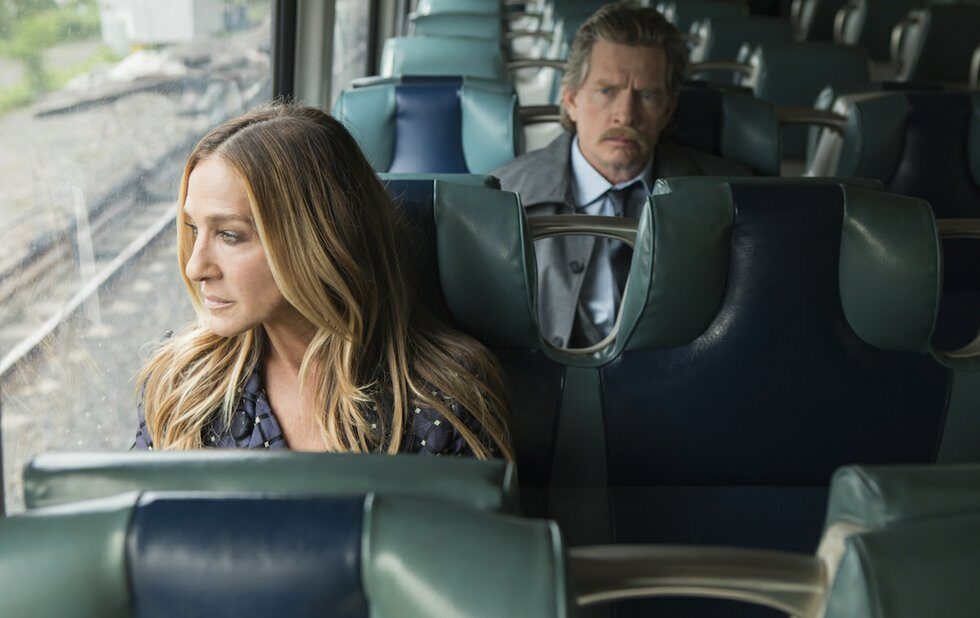 The original season of Divorce auspiciously coincided with the final stretch of the 2016 presidential election. White male anger was a flash point in the news, and by the time the HBO series about a well-to-do suburban New York couple’s acrimonious split ended, Donald Trump was the president-elect of the United States.

Aspiring gallerist Frances’s dissatisfaction impetuously led her to initiate a breakup, but her house-flipping husband Robert’s discovery of her affair turned the tables. The rest of the season became a ping-pong game egged on by ruthless lawyers, of claiming and sacrificing pieces of the couple’s lives together.

Initially sympathetic (despite his comically manful mustache), Robert grew angry and alienated, indulging in casual sexism and fits of aggression but also demonstrating tenderness in times of family crisis. Frances, meanwhile, reinvented herself by opening an independent art gallery, while seizing opportunities to humiliate her soon-to-be-ex without considering repercussions.

Season one was less war of the roses and more an examination of marriage as an institution and the implications of enshrining our romantic lives in legalities. It wasn’t easy to like or outright hate Frances and Robert. The only certainty was that neither could maintain the high ground for very long.

The season ended in an uncomfortable place, with Robert at the end of his rope: alone, vengeful and near-homeless. Cue the Trump inauguration.

More than a year later, that simmering rage has dissipated into unconvincing relief. Instead of tying up unresolved emotions, the eight-episode second season jumps right into dating and joint parenting. It’s as though producers wanted to skip over season two and go straight to season three.

Fair enough – people eventually move on. But this season’s story arcs only start to get interesting in the final few episodes, leaving the excellent supporting cast adrift in underdeveloped narratives.

What’s different? Sex In The City showrunner Jenny Bicks has come on board, Horgan has no writing credits (but still serves as executive producer) and Jesse Peretz, who helmed some of Girls’ best episodes, is no longer directing. The first season’s premiere had playful use of architecture and staging, which suggested a cinematic point of view not always seen on half-hour episodic TV. Nothing in season two is comparable.

More than anything, the signing of the divorce papers in the opening moments signifies a tonal reboot. Divorce wants to start over.

Episode one sets up a major conflict that plays out over eight episodes. The Dufresnes’ preteen daughter, Lila (Sterling Jerins), resents her mother and desperately wants to live with dad. Son Tom (Charlie Kilgore) is apathetic, and Frances tries to win both kids over by buying a trampoline that becomes one of a handful of symbolic objects.

Intent on re-coupling, Robert shaves his mustache and starts dating real estate agent Jackie (Becki Newton), a single mom nearly 20 years his junior with a teen daughter. Feelings still linger with Frances, and in a weirdly on-the-nose rehash of the Christmas episode in season one, family illness forces the family back together on an out-of-town trip that leads to a brief return of Robert’s rage, triggered by his self-involved sister (Amy Sedaris). It’s always fun to see Sedaris act shamelessly mean, but the scenes are overplayed for comedic value, and Robert’s anger is left unexplored.

Meanwhile, wealthy housewife Diane (Molly Shannon) tries to find an identity outside her marriage to rich dick Nick (Tracy Letts) by investing in Frances’s gallery, setting up an art-versus-commerce tension when Frances discovers Sylvia (Roslyn Ruff), an unknown artist she hopes will put her on the map.

The archly funny Dallas (Talia Balsam) is trying to break her habit of sleeping with assholes, but she mostly spends the season as Frances’s sounding board. She, like the rest of the characters, primarily revolve around Frances and Robert.

It’s smart that plot points – meeting an ex’s new lover, negotiating changes in the custody schedule, rebounding – are kept simple, but they too often lead to unsatisfying, short-term dramatic payoffs.

As in season one, the writing is perceptive and sparkles with sly wit hinging on the cast’s subtle timing, and Parker and Balsam in particular have many laugh-out-loud moments. It’s too bad they don’t get to spend more time with each other.

The kids Kilgore and Jerins do little more than stare blankly, a reflection of the writers’ disinterest in their characters. Letts’s Nick basically exists to deliver a series of running jokes about luxury kitchenware, and it feels like Shannon’s wild physicality is attempting to bust out of her staid subplot the way her character must break free from the aging-housewife cliché.

The Sylvia emerging-artist thread shows promise thanks to Ruff, whose wariness hints at subtext connected to race, class and privilege that Frances seems blithely unaware of. There could be room to take her further if Divorce lands a third season. The writers avoid getting expository or didactic, leaving Ruff to suggest much while saying little.

It’s a rare instance of Divorce plugging into wider social tensions, though half-heartedly. In another example, the Dufresnes’ conservatism is contrasted with Jackie’s sex-positivity but the topic is jarringly dropped to push the story along.

The throughline Divorce ultimately grapples with is Frances’s attempt to live on her own terms in the face of institutional pressures. As in season one, her optimism brushes up against her own stubbornness, but also that of male gatekeepers.

In contrast, Robert’s macho traditionalism complicates his love life – and a potentially stabilizing business partnership – but he is not required to do much soul-searching in order to prevail.

There’s an implicit criticism around power structures (the art world, marriage) and the ways women must navigate them, but up until the last few episodes, season two of Divorce trades weightiness for breezy drama.