If you only know Phoebe Waller-Bridge from Killing Eve, watch this series, which gets caustic laughs from self-loathing and emotional paralysis 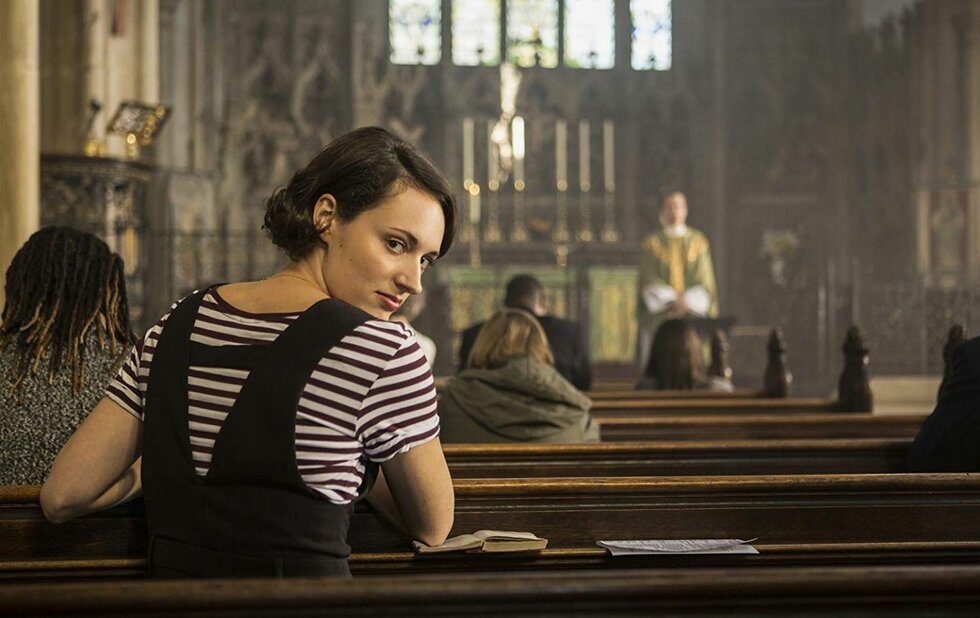 Okay, first of all her name’s not Fleabag. That’s ridiculous. This isn’t high fantasy, it’s just a vicious comedy about miserable Londoners.

No other character has that sort of name in fact, hardly anyone on the show has a name at all, other than Claire, the sister, and Martin, Claire’s husband. Mostly they’re called Dad, or Godmother or Sweary Priest. The first episode of the new season has a character called Needy Waitress, because… well, she is.

Phoebe Waller-Bridge calls the show Fleabag to tell us how her unnamed café proprietor sees herself: messy, dumpy, unworthy of further consideration. The character is wrong, of course, but self-loathing runs deep, and the show is about confronting that as our miserable, self-flagellating hero navigates the personal hell that is her own family, and her own heart.

After a first season that unpacked the entirely understandable reasons behind our hero’s self-destructive impulses, the second season of Fleabag – which returned to the BBC earlier this year for a second and final season that’ll be streaming on Amazon Prime Video this Friday (May 17) – delves deeper into the corrosive relationships that surround her.

Further complication comes in the form of a new character, the aforementioned Sweary Priest (Sherlock’s Andrew Scott), who sees straight through her bullshit, her ironic facade and her fourth-wall-breaking to offer a romantic possibility heretofore unconsidered: that it might be possible, somehow, to be not just happy but loved.

Waller-Bridge and her remarkable supporting cast work together beautifully to craft an expertly timed comedy, pulling caustic laughs from self-loathing, emotional paralysis and the ridiculous central conflict over our hero fancying a priest. (After all, as she points out, he’s already in a fairly serious relationship.) But there’s an anguished humanity beneath almost every laugh, rooted in disappointment, sadness, loneliness or depression.

Even the all-consuming narcissism of Colman’s character becomes its own running gag, the newly minted Oscar-winner seeding notes of genuine vulnerability into Godmother’s monstrous entitlement and hostility that make her a believable human being instead of the wicked-stepmother caricature our narrator would have us see. Meanwhile, there’s some very serious stuff going on with Claire, giving Clifford the opportunity to show us a more complex side of her repressed character. (Gelman, as her husband, just turns up the volume on Martin’s oily, manipulative qualities, but it’s exactly what the show requires.)

A lot of people discovered Waller-Bridge, and Fleabag, through her work on the first season of Killing Eve, which got a lot more attention than this oddball project ever did. And I can understand why: Killing Eve is a complex, flashy, funny, marvellously performed fantasy – an ice-cream cone dusted with ecstasy.

Fleabag, though, is the proverbial cookie full of arsenic. Waller-Bridge is working with a much more vivid canvas, cutting even deeper by keeping it all so painfully real. Don’t miss this show.