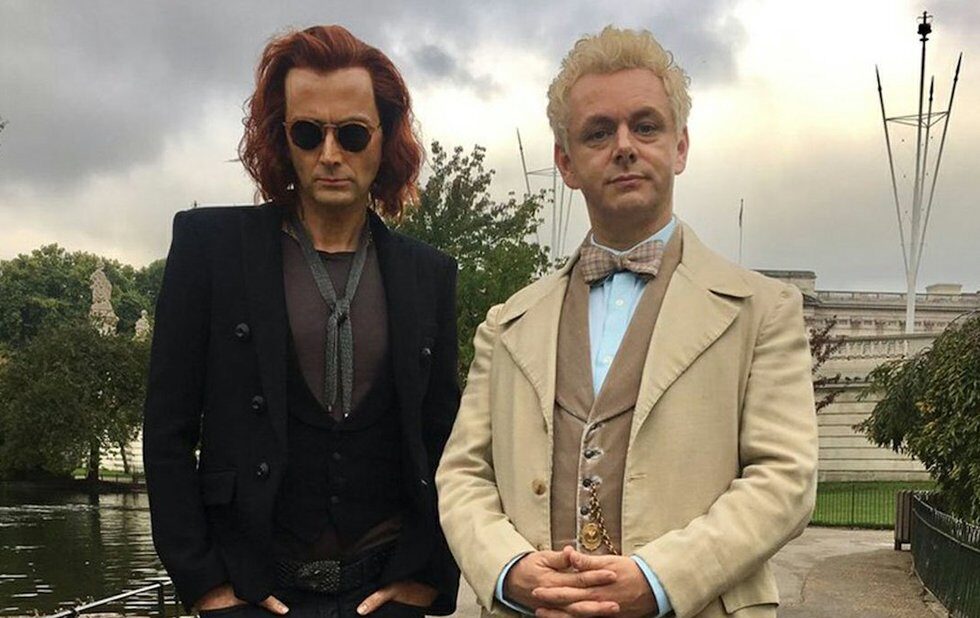 Good Omens, the whimsical end-of-days novel by Neil Gaiman and Terry Pratchett, is to 90s fantasy nerds what Douglas Adams’s The Hitchhiker’s Guide To The Galaxy was to 80s sci-fi nerds: an irreverent goof on its chosen genre that conjures an absurd universe in a very specific voice that only works on the page.

In the case of Adams’s book, both the TV and film adaptations turned that voice – the cheerful, reassuring text of The Guide, read by Peter Jones and Stephen Fry, respectively – into narration, offering relevant context and silly factoids to nudge the story along. Gaiman, a friend and disciple of Adams, chose the same tack in adapting Good Omens as a limited series for Amazon Prime Video.

In his show, Frances McDormand reads large chunks of the novel as the voice of God. It works well enough, I suppose, though it also feels like padding for a show that’s longer than it needs to be: only the first half of the six-part series was made available for review, but that first episode could be condensed to a five-minute prologue.

Still, I’m glad I stuck with it because the show does get better as it unfolds, once Michael Sheen and David Tennant move to the centre of the action as the book’s heroes, an angel named Aziraphale and a demon named Crowley. Celestial rivals since the Garden – where Crowley tempted Eve, and Aziraphale gave Adam his flaming sword for protection in the wilderness – they’ve become eternal besties in the millennia that followed, and when Armageddon looms, the two are the only creatures in Creation working to thwart the rise of the Antichrist.

As frustrating an adaptation as it can be, Good Omens is also a frequently charming one, thanks to their marvellous double act: their endearing back-and-forth is the heart of the thing: Sheen’s wide-eyed fussiness and Tennant’s affected swagger create a perfect equilibrium in a show that could have done with more of it.

As much as Gaiman and series director Douglas Mackinnon (Doctor Who, Knightfall) pour on the forced whimsy and big-name cameos, Good Omens is at its best when it just lets its leads squabble with each other about the best way to do their respective jobs. The highlight of the three episodes provided for review is a half-hour cold open skipping through Aziraphale and Crowley’s shared history it has almost nothing to do with advancing the master story, but Tennant and Sheen are having so much fun that it’s irresistible. (It also makes up for the slog of that first episode, which takes nearly an hour to establish the book’s very simple premise, a baby-swap riff on The Omen with the additional complication of the future Dark Lord going home with a humble English couple rather than the American ambassador.)

Superfans of the book will likely appreciate the lengths to which Gaiman has gone to preserve its text, with long chunks of narration read by McDormand as the voice of God, while the rest of us will be reminded once again that TV shows aren’t books. A little less fealty might have made for a more satisfying adaptation – and maybe given Triple Frontier’s Adria Arjona a little more to do as stubborn prophecy-thwarter Anathema Device.

I mean, for all I know she gets it in the second half. I hope she does. That’d be good.