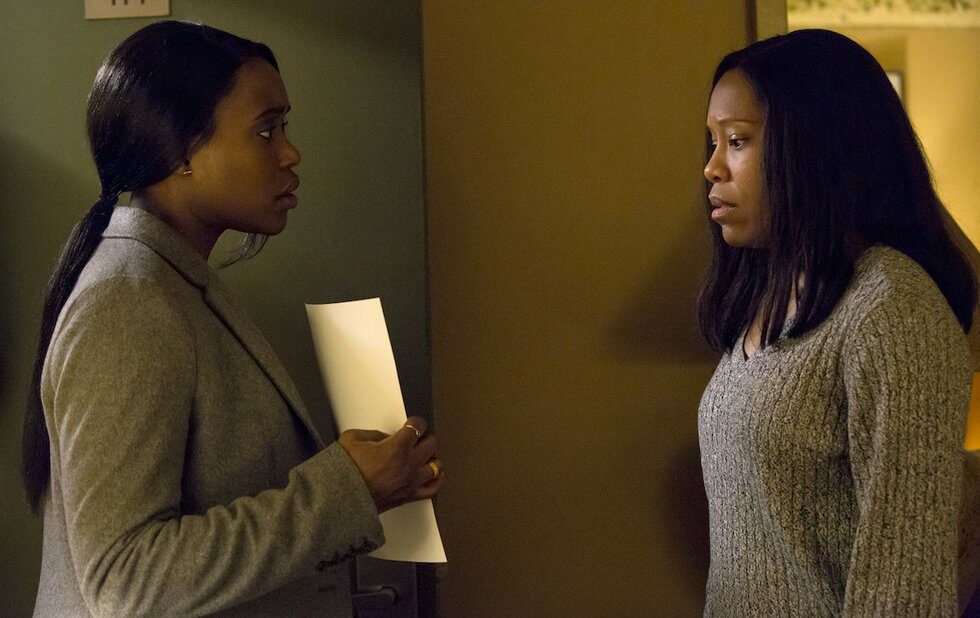 Early in the Netflix series Seven Seconds, a sprawling drama reacting to the Black Lives Matter movement, a prosecutor and homicide detective visit a victim’s bedroom. The deceased is a Black teenage boy, Brenton Butler, who was killed by a white New Jersey police officer (Beau Knapp) in a hit-and-run – though they don’t know that yet.

The prosecutor, KJ (Clare-Hope Ashitey), and detective, dubbed Fish (Michael Mosley), scour the room for clues: why was the boy in the park where the tragedy took place? Will they find evidence that could help their investigation, or be used against yet another young Black victim.

They barely notice a sandwich sitting on a dresser – a blink-and-you-miss-it detail that the camera draws no special attention to. It’s laid out on a plate for the child by his mother, Latrice, played with heart-wrenching complexity by Regina King. That sandwich encapsulates what Seven Seconds does best: pitting public outrage against private pain and struggle.

While the investigators gather details about the deceased with an eye for what’s to come – a trial, protests and political maneuvering – Latrice clings to the past, leaving a sandwich out for a boy she’s not ready to let go. For most of 10 episodes, she copes with the pain on her own terms, in her own time. She steers away from noise made by the media, legal system and protesters who seize on Brenton as a symbol for whatever purpose suits them.

Seven Seconds has all the hallmarks of a thrilling procedural: Allegiances shift people are scandalized, intimidated or brutally murdered characters make decisions or take drastic actions, motivated less by emotions and logic and more because the plot needs to nudge them in a certain direction to tweak the drama and stakes.

The series rides a fine line between making conversations around Black Lives Matter more accessible and appropriating those conversations for conventional entertainment. Either way, it has a dulling effect on the movement’s pointed criticisms of police and the justice system.

Namely because the inciting incident, a hit-and-run as opposed to a shooting or stranglehold, is a cop out (pardon the pun).

Knapp’s detective Peter Jablonski strikes Brenton with his SUV after becoming distracted by his phone while racing to meet his pregnant wife at the hospital. It’s a devastating mistake not at all related to excessive force by police, thereby allowing the show to sidestep a difficult conversation about systemic oppression.

Instead, Jablonski gives into pressure from his commanding officer Mike Diangelo (David Lyons), a corrupt cop not unlike Denzel Washington’s character in Training Day. They cover up the accident, leaving Brenton (who they assume was killed instantly) to slowly die.

That convoluted setup draws clear lines: you can point to that specific decision, made not in a split-second but with the luxury of time, and say Jablonski is guilty. Perhaps you hate him for his fatal recklessness, but his guilt has a muddied association to the culture at large.

Seven Seconds provides its audience with an easy moral perch. Unfortunately, the real world tends to be messier and far more incriminating.