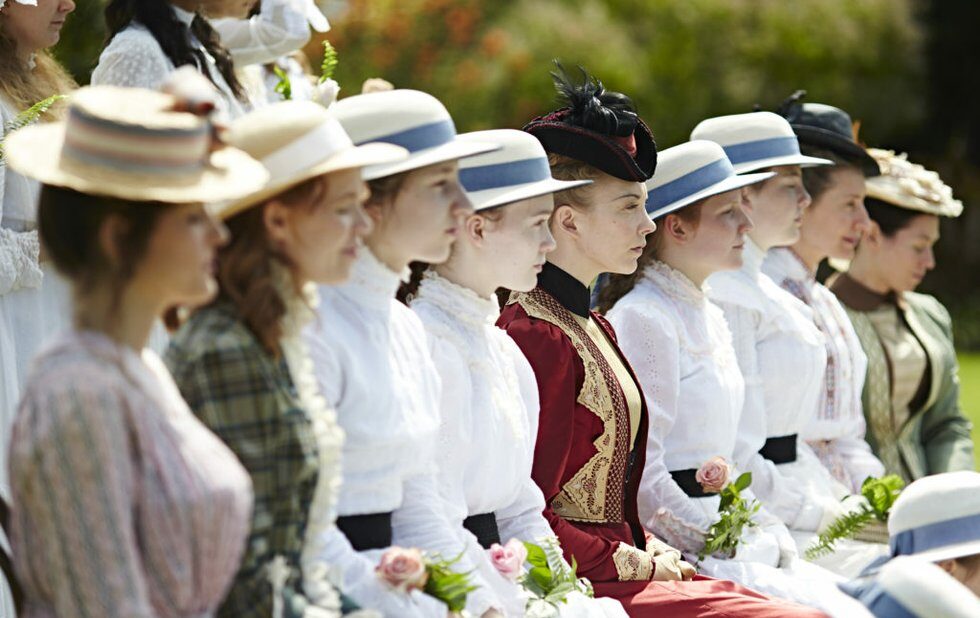 Peter Weir’s 1975 film adaptation of Joan Lindsay’s gothic novel Picnic At Hanging Rock is a benchmark of the Australian new wave. Its spellbinding atmosphere and unresolved mystery encompassing a group of young women on the verge of adulthood in repressive Victorian times continues to reverberate, most obviously in Sofia Coppola’s oldest and newest films, The Virgin Suicides and The Beguiled.

A six-episode Australian-produced series, which just wrapped a run on Bravo and now moves to CraveTV, more bluntly digs into the repressed sexuality and homoerotic tensions underlying the story of three schoolgirls (Lily Sullivan, Madeleine Madden, Samara Weaving) and a governess (Anna McGahan) who go missing on Valentine’s Day in 1900 during a picnic to a six-million-year-old rock formation with strange magnetic properties. Though what actually happened is tantalizingly dangled over the audience, the void they leave behind fuels the drama.

Natalie Dormer (Game Of Thrones) stars as Hester Appleyard, the domineering headmaster who is given a more sadistic bent and sinister backstory in a series of flashbacks. All the characters have larger arcs than in the film, though the hinted-at criminality and supernatural workings are way overplayed by myriad low-budget-looking effects and camera tricks. Director Larysa Kondracki (originally from Toronto) helmed the first two episodes and uses sped-up images, tilted angles and unsteady close-ups to dislocate viewers sense of time in contrast to picturesque framing around the school and Hanging Rock.

If the movie had a less-is-more approach, the series endeavours to be the opposite. The stylistic flourishes coupled with multiple jumps in time create an atmosphere of shrieking nightmarishness that places Picnic on the campier end of the schoolgirl genre spectrum. (Yes, there is S&M-level whipping). As such, the most over-the-top stagey sequences, like when the girls are overcome by groupthink and gang up on the haunted Irma (Weaving) in episode three, are ridiculously fun. Such scenes make you wish producers would just drop their lofty pretenses and go full camp.

But this is a story about repression, after all. Dormer and Yael Stone, as Mrs. Appleyard’s right-hand Dora Lumley,  are standouts in the cast. Both relish writer Beatrix Christian’s arch one-liners and manage to slip in subtleties while dialing up their respective characters’ brands of wicked zealousness when necessary. Subplot upon subplot is piled on, but the explorations of friendship, repression and sexuality succumb – however relevant now – only occasionally transcend the familiar machinations of melodrama. More often, the substance of this series fails to find harmony with its stylistic overkill.