NOW MagazineMovies & TVReviewsTV review: Saved By The Bell reboot is all about class and privilege

Reimagining Bayside as an exaggerated wealth fantasy makes this revival more than a nostalgia trip, but it's hard to know who it's for 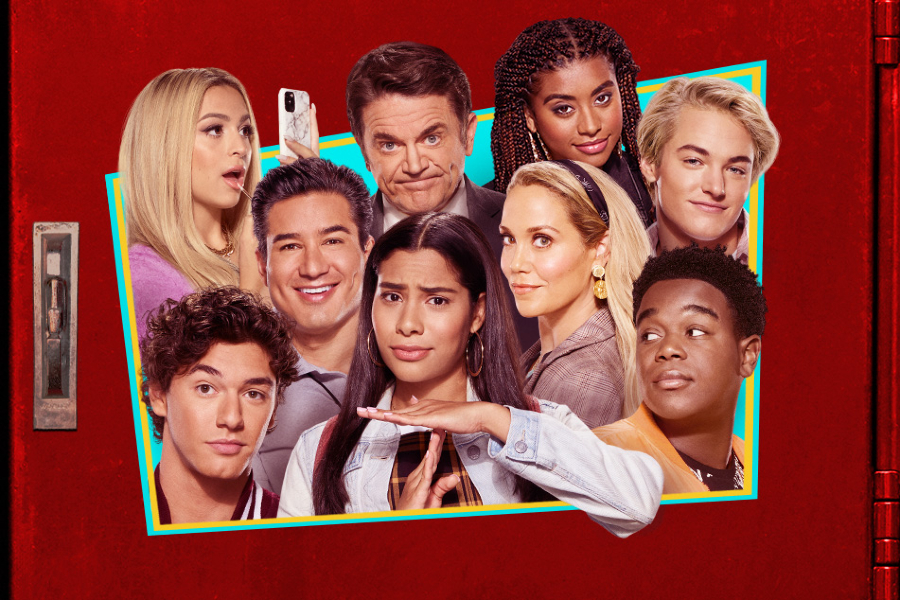 With so many classic sitcoms getting rebooted, many are skipping the fundamental question: Why? And why now?

The new Saved By The Bell revival has an answer. It’s all about privilege and class.

That’s probably not what you’d expect. Saved By The Bell was never a particularly deep show. It was a Saturday morning sitcom for kids in the 90s about a group of brightly-dressed California teens and their light-hearted teen drama. There were a few very special episodes about the dangers of smoking or caffeine pills (you know, “I’m so excited, I’m so scared“) but for the most part it was about dating, breakups and wacky hijinx.

Saved By The Bell’s reboot takes that original premise and explodes it, turning it into an exaggerated wealth fantasy. It’s a hard line to walk, simultaneously bringing back the show we remember so fondly while also criticizing it constantly. The meta-conceit works at times, giving the show some interesting new dimension, but you can’t help but wonder who this reboot is for.

Mark-Paul Gosselaar is back as Zack Morris – the bleach-blond high school valley king is now the governor of California. After closing public schools to bail out the fossil fuel industry, he’s nudged into sending the displaced students to schools in well-funded districts. More specifically, to his old haunt Bayside High, the bright, fluorescent school of our memories where A.C. Slater (Mario Lopez) and his old flame Jessie Spano (Elizabeth Berkley, who also serves as producer) now work.

It’s also where Zack’s son Mac Morris (Mitchell Hoog) goes to school, assuming his dad’s big preppy on-campus role. Jessie’s son Jamie (Belmont Cameli) is there too, keeping up the old-meets-new-generation mould of similar reboots like Degrassi and Fuller House. Screech (Dustin Diamond, who never got over his tabloid beef with his former co-stars) is conspicuously absent, while Lisa (Lark Voorhies) appears on a later episode.

But it’s the new characters who act as our audience surrogates, especially Daisy (Haskiri Valazquez), who inherits Zack Morris’s fourth-wall-breaking “timeout” device to talk directly to the camera. She arrives with her friend Aisha (Alysha Pasqual-Pena) on the pilot episode to find a major culture clash. All the kids here drive their own cars instead of taking the bus, they all have iPads instead of school books and the principal (John Michael Higgins, replacing Mr. Belding who must have retired long ago) is a pushover who can’t stand up to his students.

Assigned as her “Bayside Buddy,” Mac takes Daisy to the old Saved By The Bell hangout The Max, which looks exactly the same (as does their old magician waiter, Max – actor Ed Alonzo hasn’t aged a day). In a line ripped from the original, Mac tells Daisy, “This is where we hang out every day after school. Also, before and during.” Thirty years later, this warrants a comeback. “You eat at a restaurant every day?” she asks. “Isn’t that expensive?” It’s never occurred to him.

Similar jokes are peppered throughout the series. Slater, now a sad gym teacher, tries to recruit new student Devante (Dexter Darden) for the football team, assuming he’d be good because he’s tall and Black. Devante sees right through his racial profiling, but gives him a pass “because technically, you’re Mexican.”

Calling Jessie his old pet name, “Mama,” now earns Slater an HR meeting. Governor Zack’s ability to get by on his smarmy charm now makes him more of a villain than hero, similar to Daniel LaRusso on the Karate Kid reboot show Cobra Kai. (Zack is now married to his old high school flame Kelly Kapowski, played by Tiffani Thiessen, but on the first episode she doesn’t have much to do.)

Sometimes those meta jokes get a little too over-the-top and heavy-handed. The kids at Bayside now get LeBron James and Rob Kardashian to campaign for them for student council. Tonally, it’s all over the place. Sometimes there are cheesy puns right from old Saved By The Bell and at other times absurd one-liners that seem ripped from a show like 30 Rock (Slater has become a modern Liz Lemon).

The characters can almost swear now, and they’re comfortable talking frankly about sex. The morals about privilege, meanwhile, seem well-fit for today’s woke teens. The fish-out-of-water class mixing suits today’s TV landscape too, putting it in a class with Schitt’s Creek and the upcoming Fresh Prince Of Bel-Air reboot (and also older shows like The Beverly Hillbillies). There’s a little more bite to the show now, but fitting of a 90s teen sitcom, none of the messaging is subtle.

It’s fun to see the old characters and sets back in action, but that could easily be achieved in one or two episodes. Zack and Kelly haven’t met back up with Jessie and Slater by the end of the first episode, and their inevitable reunion at a booth in the Max will hit the right nostalgia chords. But unless the new show finds its own rhythm, it’s hard to imagine the curiosity factor carrying it for a whole season.