Aimed at nostalgic boomers, the CBC series understands that the world is a different place than it was in the 90s 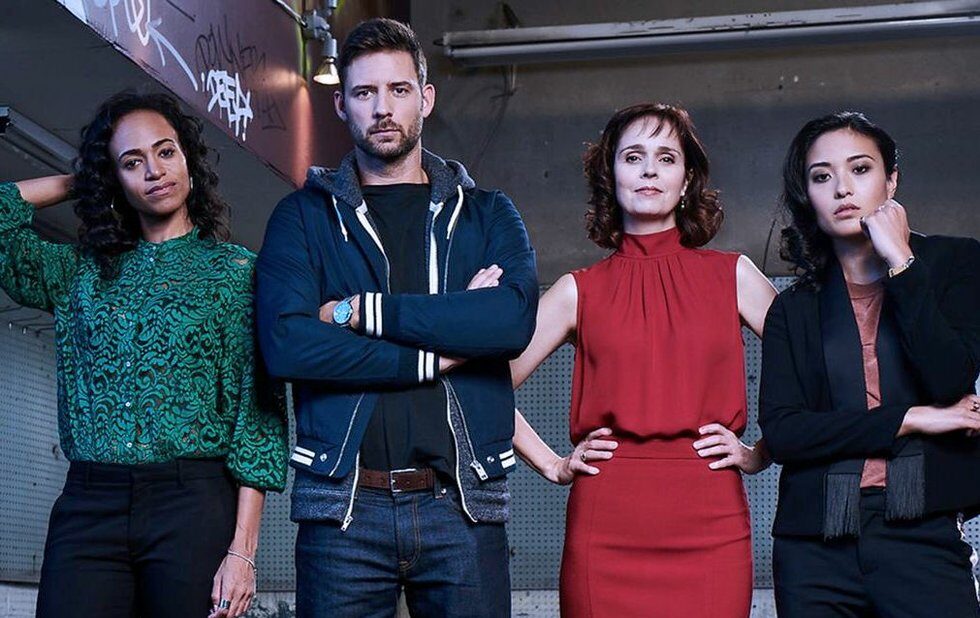 A quarter of a century after it went off the air, Street Legal is back on CBC – though I’m not exactly sure who was asking for it. This is just how it is now: everything we vaguely remember from the 90s will be brought back for another shot. At least this reboot understands that the world is different, and adapts to new realities.

The original Street Legal was about a boutique firm of idealistic lawyers tackling the issues of the day while sleeping with each other an awful lot, because that’s what people were doing on L.A. Law. (CBC would prefer you not remember that Street Legal began as a blatant rip-off of Steven Bochco’s NBC series, which premiered a year earlier.)

The first two episodes of Street Legal 2019, each crisply directed by Sturla Gunnarsson, establish a different tone – slicker, sharper, more focused and far less interested in the soapier elements that made the original run so cheesy. And the master storyline for this season involves a suit against a pharmaceutical powerhouse that conspired to hide the addictive qualities of an OxyContin-like opioid, which is as relevant as legal-drama storylines can get.

The case is the catalyst for Cynthia Dale’s returning Olivia Novak – now a partner at a glossy Bay Street firm – to join forces with a younger trio of lawyers (Cara Ricketts, Steve Lund, Yvonne Chapman) who aren’t entirely sure they want her on their side. But she’s got money and access, and they’ve got passion and energy, and maybe they can all learn a little something from one another.

It’s a little weird to watch a show that insists the only person who can get things done in our cynical world is a Bay Street player, but Dale does manage to suggest that Olivia’s success has come at a price: she speaks in a monotone, represses almost every emotional impulse, and warms to Ricketts’s Lilly only when she recognizes they share the same drive to win at any cost.

The other two principals aren’t terribly well defined, at least initially. Lund’s Adam is too close to the pharma case because his mother (Rosemary Dunsmore) is an addict, and all we really learn about Chapman’s Mina in the first episodes is that she’s a good listener. But based on the way episode two gives Lilly a case of the week, I expect Adam and Mina will be filled out in short order. Certainly the actors playing them are capable of doing so.

I was also happy to see that Street Legal 2019 doesn’t spend a lot of time catching us up on the old show’s cast. Olivia is the focal point, and for whatever reason she’s not hanging around with her old pals from Barr, Robinovitch and Tchobanian. (We’ve been told Eric Peterson’s Leon and Anthony Sherwood’s Dillon will return later in the season I assume we’ll also learn that Albert Schultz’s character Rob Diamond died at sea or something.)

But I keep coming back to the core question of any rebooted series. If it’s going to be such a different show, do we need Street Legal back at all? Or rather, would we be interested in this show at all if it wasn’t called Street Legal?

I’m not the target audience, of course. This new iteration is very clearly aimed at the boomers who remember it from its original run, with plots that target their worst fears. It’s not a young person who’s destroyed by opiate addiction, after all, and Lilly’s case in episode two focuses on a friend’s aging parents losing their home to a guardian who doesn’t have their best interests in mind. It’s a pragmatic strategy, but it feels a little limited… although I guess a six-episode season doesn’t need to concern itself with that. Whether the show can sustain itself beyond this run is a question for another day, I guess.

Oh, and it’s also really weird that the show tries to shoot Montreal for Toronto, sprinkling in a handful of scenes at King and Bay but otherwise faking it with soundstages and locations that clearly aren’t local. Kind of amazing that Toronto has priced itself out of Street Legal’s budget, but I guess that’s something we can all relate to.