NOW MagazineMovies & TVReviewsTV review: The Assassination Of Gianni Versace is all about gay shame

TV review: The Assassination Of Gianni Versace is all about gay shame 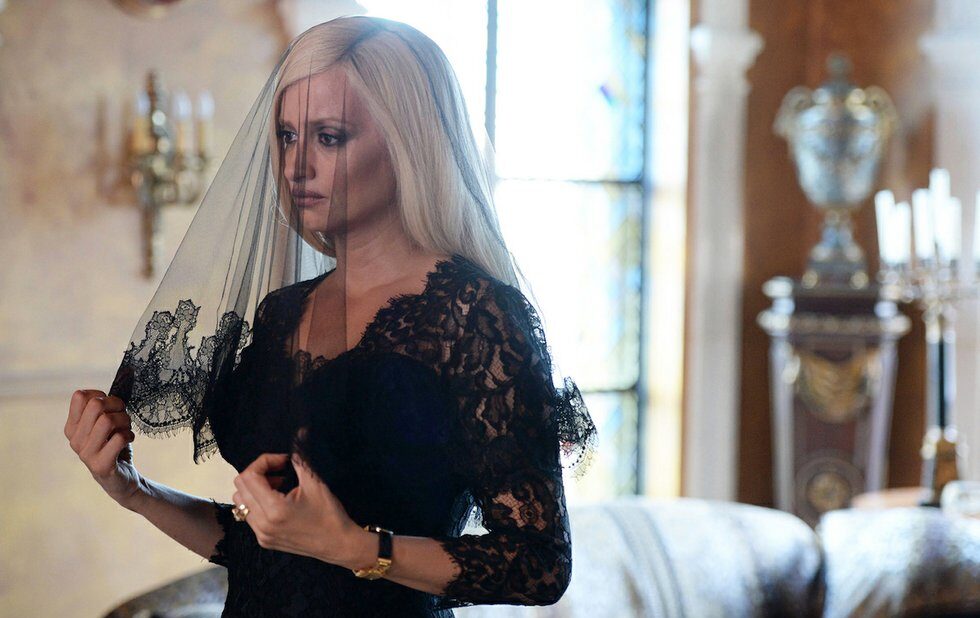 In recounting serial killer Andrew Cunanan’s cross-country murder spree in the lead-up to the fashion designer’s brutal shooting death, The Assassination Of Gianni Versace doesn’t shy away from showing exactly how his five victims met their violent ends.

In July 1997, Cunanan shot Versace twice in the head at point-blank range in broad daylight on the steps of his palatial Miami home. Murphy’s camera lingers over the bullet holes in his cheeks as he lies dead on a gurney, and later shows embalmers covering them with makeup. Another man-made orifice, a bullet hole in an eye socket, is the subject of a sweeping camera shot.

When another victim is brutally beaten in the head with a claw hammer, the show manipulatively cuts to his mother leaving messages on his answering machine at the exact moment of his death.

Similar to how season one of American Crime Story, The People V. O.J. Simpson, used the football player’s murder trial to echo current conversations about race, this second instalment treats the Cunanan manhunt as an extension of conversations around law enforcement failing LGBTQ people.

The Assassination Of Gianni Versace is sensational enough to be addictive episodic TV, but the intimacy of its violence is rarely matched emotionally. Instead, its fascinating story falls victim to an over-reliance on cheesy genre trappings, an under-directed performance by lead Darren Criss and lazy violations of its story-in-reverse framework.

Based on the 1999 book Vulgar Favors by Vanity Fair journalist Maureen Orth, the series opens with Versace’s murder and then reverses the story, Memento-style, retracing Cunanan’s spree to his formative years as a boarding-school-educated golden child in La Jolla, California.

This case is well documented, so the drama for Murphy, his team of directors and writer Tom Rob Smith (London Spy, Child 44) comes from trying to figure out why Cunanan did what he did, what made his victims vulnerable to his sociopathic charms and the wider social context of the mid-90s.

The Murphy-directed season opener immediately sets up Versace (Edgar Ramirez) and Cunanan (Criss) as opposites. The murder is depicted in a grand, near-wordless eight-minute overture soundtracked by opera music. We follow Versace as he casually strolls to a newsstand while an agitated Cunanan cradles a pistol on a nearby beach.

Versace, it is later shown, is a hard worker whose brush with ear cancer emboldened him to come out of the closet and design clothes for women he imagines to be proud and strong. Cunanan is a highly intelligent, status-obsessed compulsive liar who uses sex to gain wealth and kills gay men, seemingly to out them.

After the first two episodes, the show reduces the Versaces – including Donatella (Penélope Cruz) and Versace’s lover, Antonio D’Amico (Ricky Martin) – to supporting players who sporadically return to provide contrast in episodes that focus on the other victims.

Since Cunanan took his own life without explaining his motives, Smith and Murphy must take dramatic liberties, but the view always feels outside-in. Though Criss looks the part of a crypto-conservative 80s preppy killer, he gets stuck in an American Psycho caricature mode.

This is partly due to edits, camera framing and B-movie music designed to deliver easy shocks. Other sequences are weightier, eschewing dialogue and taking time to unfold. There’s nothing wrong with pulpy horror and drama, but the producers can’t seem to settle on a tone. And by withholding Cunanan’s motivations until the final episodes, we’re left desperately searching Criss’s timid performance, which never evolves, for some sense of inner life.

The most tragic parts of the story come in the middle episodes devoted to Jeffrey Trail (Finn Wittrock) and David Madson (Cody Fern), two friends who fatally fall into Cunanan’s orbit. The show leans heavily on reductive flashbacks that not only slow down the main story, but take the onus off the actors to convey the complexities of shame and self-hatred.

What the show does more successfully is capture the class-blind nature of institutional homophobia. In one scene, police discover a body and immediately resort to stereotypical theories. These sex-obsessed conversations continually sideline investigators, creating a sense of high stakes that’s far more impactful than a creepy music cue.

Another highlight is Judith Light, who effectively steals the series in episode three. From the moment she drums her manicure on a countertop, we can tell this performance is about more than a high-camp wig. She plays Home Shopping Network (yes, the Toronto-based TV channel) beauty expert Marilyn Miglin, whose real estate tycoon husband, Lee (Mike Farrell), was Cunanan’s third victim.

She returns home to find something amiss, and soon her facade of hard-fought dignity starts to suggest a tragic mix of denial, love, compassion and anger. Light’s subtle performance is helped by the deliberate, almost real-time pacing of the sequence. (Perhaps David Lynch’s extended floor-sweeping in Twin Peaks: The Return is starting to have an influence?)

But in a show about parallels, the similarities between Marilyn and Donatella are largely left unexplored. Like Marilyn, Donatella must put grief aside to deal with business, police and media. And like Light, Cruz gets an extended intro – albeit more glamourous – that follows her chauffeured journey to Versace’s home, past the bloody steps. Sadly, as the story reverses, we don’t come to learn how the workaholic Donatella is able compartmentalize emotions (at least in the first eight episodes made available for review).

Interestingly, her character comes to represent the ways capitalism contributes to repression and shame. Late in the series, Donatella warns her brother to take the fashion house’s retail expansion and potential public offering into consideration before coming out.

“The rock stars, the actors, the royalty whose endorsements we cherish – they might not want to be associated with us,” she says, adding that designer Perry Ellis faced a backlash after going public with his AIDS diagnosis a decade earlier. “After that, people stopped buying his clothes.”

“Some people,” her brother shoots back.

(Incidentally, in advance of the show’s premiere, the Versace family issued a statement denouncing producers for entertaining Orth’s claim the designer was HIV-positive when he died. Rumour or not, two decades on, some people still think it shameful to be HIV-positive.)

It’s a worthy scene. But, too often, The Assassination Of Gianni Versace just can’t resist hitting its audience over the head.