NOW MagazineMovies & TVReviewsTV review: The End Of The F***ing World is ballsy, funny and shockingly smart

TV review: The End Of The F***ing World is ballsy, funny and shockingly smart 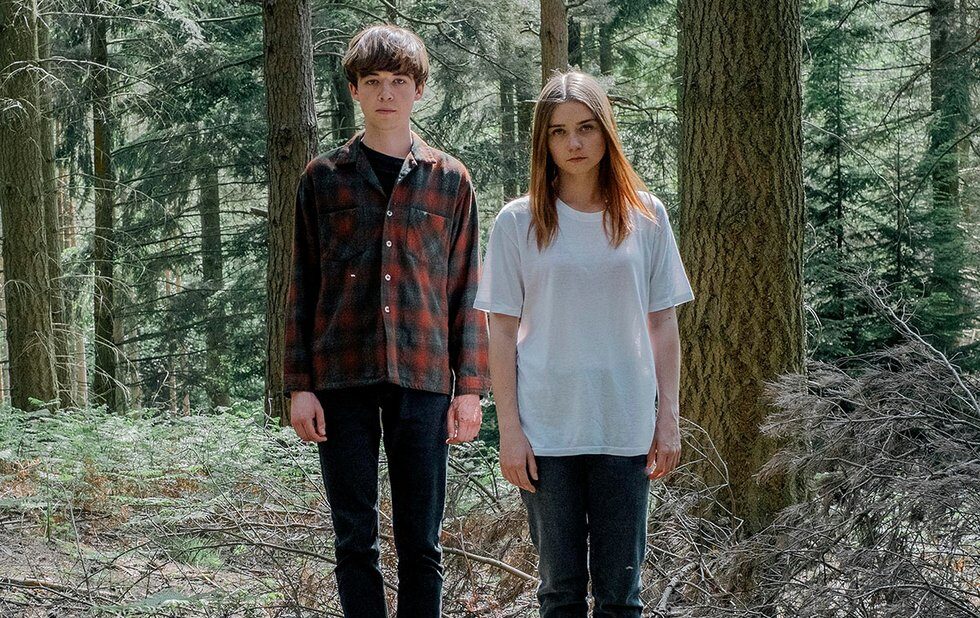 THE END OF THE F***ING WORLD streaming on Netflix. Rating: NNNN

The End Of The F***ing World popped up on Netflix earlier this month to absolutely no fanfare, which makes this gleefully twisted UK comedy land like a hand grenade.

It’s ballsy, funny and shockingly smart it’s great TV, and the bite-sized running time of each episode (there are eight in all) lets you gobble it up like jellybeans.

Freely adapted from Charles Forsman’s graphic novel, the show tells the story of two misfit teens – aspiring psychopath James (Alex Lawther) and all-purpose rebel Alyssa (Jessica Barden) – who steal a car and run away together, only to discover the world is far more cruel than they imagine themselves to be.

Transplanting the action from America to Yorkshire, screenwriter Charlie Covell keeps Forsman’s ingenious device of letting us in on James and Alyssa’s inner thoughts, which frequently reveal their self-doubt and undermine the personalities they present to the world.

The show bounces merrily through a series of increasingly dark incidents, while still somehow retaining a sense of comic charm. Lawther and Barden are fantastic together, their relationship growing more complicated as the story gets darker and darker, and the characters around them are allowed more depth than you might expect. Well, some of them, anyway.

A second season is promised, and based on how this one ends I have no idea how they’re going to pull that off. But I’ll be there.