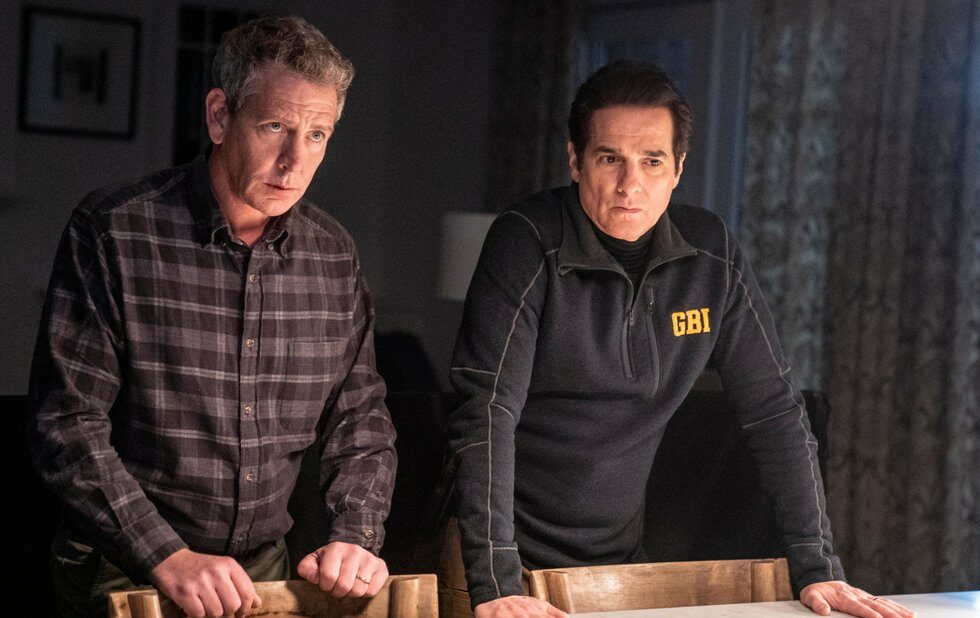 The Outsider is an initially intriguing adaptation of Stephen King’s 2018 novel that soon gets drained of all life.

Like King’s page-turning tome – which I’ve read – the series starts out as a gruesome crime thriller. An 11-year-old boy has been brutally raped and murdered, and there are witnesses and DNA linking upstanding little-league baseball coach Terry Maitland (Jason Bateman) to the crime. Soon gruff detective Ralph Anderson (Ben Mendelsohn) has arrested the man in a very public way, and the small-town Georgia community turns against Terry, his wife and kids.

The thing is, Maitland has solid proof – including DNA evidence, reliable witnesses and video surveillance footage – that he was out of town at the time of the murder. So how could he be in two places at the same time?

It’s hard to talk about what happens next without giving away spoilers. But remember: this is King so, as a character says in one of many on-the-nose lines of dialogue from Richard Price’s (The Wire) teleplay, “There are more things in heaven and Earth, Horatio…”

Only six of the 10 episodes were available for review, but the first two – which both air on Sunday – are among the strongest. Director Bateman creates a genuine sense of foreboding and tension. And it’s fascinating watching Mendelsohn and Bateman’s characters confront each other, each knowing they’re right.

Anderson has a lot at stake. His son – who was also once coached by Maitland – died a couple of years earlier, and he and his wife Jeannie (Mare Winningham) are still recovering.

Unfortunately, what happens in the next four episodes doesn’t amount to much.

Meanwhile, another detective named Jack (Marc Menchaca) is going through a private hell that is likely related to the mysterious goings-on.

The plot plods along, with Price and the directors – who include Karyn Kusama, Andrew Bernstein and Igor Martinovic – rehashing the same things repeatedly.

Holly, who’s on the autism spectrum and is one of King’s more memorable characters (she’ll be familiar to readers/viewers of the Mr. Mercedes/Bill Hodges trilogy) comes across as one-note and derivative, especially since Erivo just finished playing a similarly earnest, tunnel-visioned character in the movie Harriet.

And even reliable character actors like Paddy Considine and Bill Camp are left floundering with nothing to do on the edges of scenes.

Mendelsohn, who’s one of the show’s producers, and Winningham, have several touching moments as grieving parents. And Julianne Nicholson exudes a believable frustration and anger as Maitland’s confused wife.

But the show is so slow burning that any spark generated in the first episodes quickly goes out.

I know from the book how the story ends, but even I’m not that interested in investing four more hours of my life to see how they wrap it up.

Chris Carter could have nailed this material efficiently in a two-hour X-Files episode.