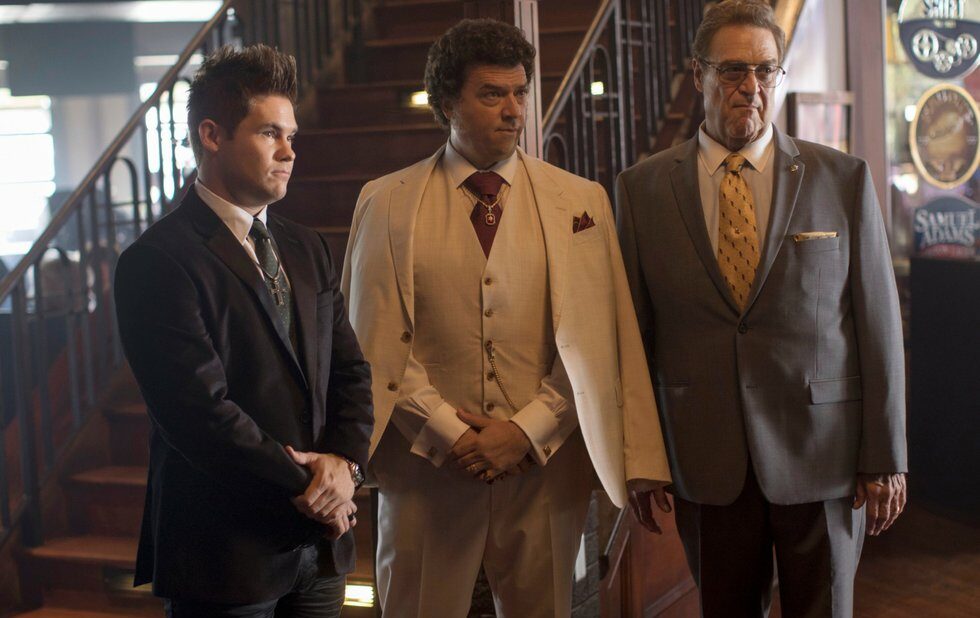 If you were worried that Danny McBride and David Gordon Green would abandon their HBO comedy side hustle after their Halloween sequel spawned a new trilogy, you can rest easy. The Righteous Gemstones is here to set you straight.

The new series, created by McBride and produced and occasionally directed by Green, tracks the squabbling and petty rivalries of a bunch of cloistered idiots, which puts it right in the same wheelhouse as McBride, Green and Jody Hill’s Eastbound And Down and Vice Principals, which were also set in very specific worlds populated by high-status morons.

Fans of those will probably love this new show, which offers the same exaggerated characters and slapstick plotting as its predecessors. But The Righteous Gemstones also shows signs of diminishing returns, or at least reveals the limitations of McBride’s preferred mode of comedy.

While he can run a mass baptism like a pro, Jesse’s the biggest mess of all – a neglectful husband to frustrated Amber (Cassidy Freeman) and absent father who’s also being blackmailed over a video that shows him committing at least three mortal sins. Jesse’s solution to that conundrum establishes the master plot for the entire season, and… well, the whole thing is pretty lame, though it’s good to see Skyler Gisondo and Scott MacArthur turn up here after the cancellations of Santa Clarita Diet and The Mick, respectively.

Jesse is the latest variation on McBride’s favourite character, the high-status Southern idiot who believes he can overcome any problem with volume and swagger. It’s something McBride does very well, but now that we know the game it’s wearing a little thin. The Righteous Gemstones makes Jesse a little sharper than his followers, and there’s some humour to be mined from that, but at his core he’s still one of McBride’s trademark surly assholes, and unless the character deepens in the back third of the show (HBO only made the first six episodes available for review) there just isn’t very much to explore there.

Fortunately, other elements of the show are a lot more interesting. Devine’s Kelvin has a subplot that finds him taking in a reformed Satanist (Tony Cavalero, who played Ozzy Osbourne in The Dirt) who clearly has a crush on him, and Patterson’s Judy is a promising comic engine: she’s smarter and more capable than any of the men in her family, and she knows it, which has turned her into a kind of perpetual spite machine over the years.

And then there’s the subplot that finds Eli recruiting his craven brother-in-law Baby Billy Freeman (Walton Goggins), to wage a turf war with a rival minister (Dermot Mulroney).

Goodman and Goggins are phenomenal together, finding a bruised humanity in potential caricatures their story balances the broader stuff that keeps threatening to turn The Righteous Gemstones into self-parody. In his very first scene, Goggins shows us that Baby Billy is a damaged man playing a blissful one, and it sets a complex, tragicomic tone for the character that really comes into focus opposite Goodman’s clenched turn as Eli.

Goggins, who co-starred with McBride in Vice Principals, is having a grand time as the self-absorbed, casually depraved Baby Billy, who has no idea other people see him as anything but the child star he was half a century ago. When he’s on screen, The Righteous Gemstones is the best version of itself – a prickly, angry show about broken, empty people pretending to be God’s best friends.