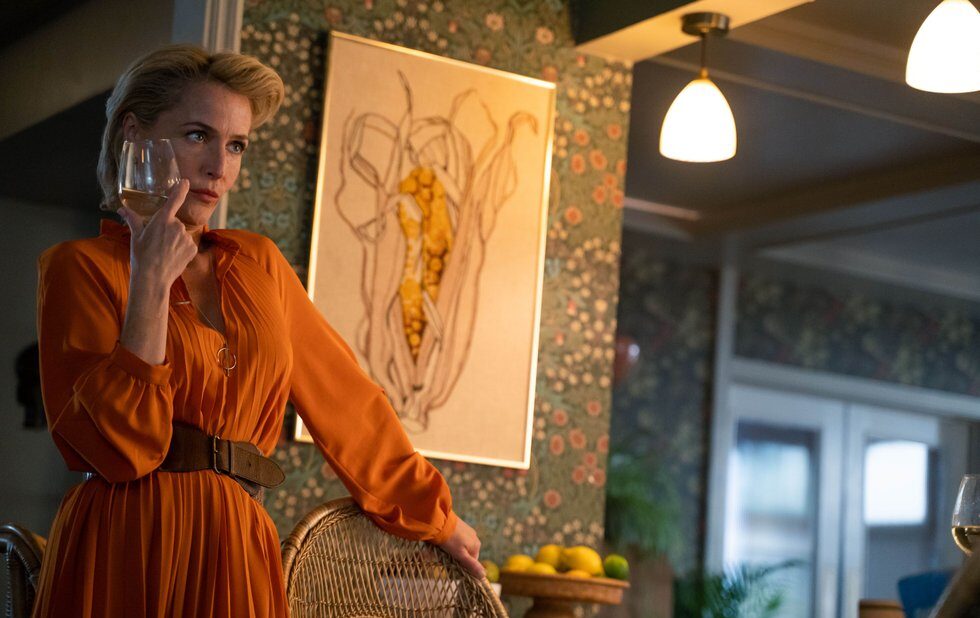 I could watch Gillian Anderson draw out her pauses and smile out of the corner of her mouth all day. And judging from the social-media love for her performance in Sex Education when the first season arrived on Netflix a year ago, I am not alone.

Anderson is back for season 2 along with the rest of the ensemble, and fans of writer/producer Laurie Nunn’s 80s-inflected high school comedy will be very happy to learn her endlessly patient and ever so slightly bemused sex therapist Jean Milburn takes a more prominent role.

Picking up where season 1 left off, Sex Education – set in some sort of alternate-present Wales where John Hughes’s social dynamics and Day-Glo fashion sense co-exist with smartphones and video games – finds Jean’s 16-year-old son, neurotic sex savant Otis (Asa Butterfield), on the verge of his first healthy relationship with the very nice daughter (Patricia Allison) of Jean’s (Gillian Anderson) new boyfriend (Mikael Persbrandt), having moved on from his feelings for cynical Maeve (Emma Mackey), who spent the previous season setting Otis up as the student body’s unofficial sex therapist.

(See, while Otis wasn’t comfortable with his own body, he’d absorbed a lifetime of literal carnal knowledge from growing up with Jean as his mother. Boundaries really aren’t her thing.)

Otis’s new state of happy and healthy can only spell more trouble for the poor kid… but then “more trouble” is the operating principle for this new season, which finds Nunn working to subtly repeat most of the dynamics from season 1: re-establishing a will-they/won’t-they for Otis and Maeve, rekindling the forbidden attraction between Otis’s best friend Eric (Ncuti Gatwa) and his former jock tormentor Adam (Connor Swindells) and finding new levels of comic discomfort between Otis and Jean once she’s brought into Moordale to reinvent the sex-ed curriculum after a chlamydia outbreak runs through the student body. And Maeve’s ex, champion swimmer Jackson (Kedar Williams-Stirling), commits to the self-sabotage with which he’d previously flirted.

But it’s not just repetition. Now that Nunn knows what her actors can do, she’s determined to let them do more of it. Butterfield gets more physical comedy, Mackey gets to show us Maeve struggling to control the reflexive hostility that’s been her armour since childhood, and Gatwa gets to build on the range he demonstrated in season 1, as the excitable Eric starts dating a hot French student (Sami Outalbali) while still processing his feelings for the penitent Adam.

And Anderson gets to do whatever the hell she wants as Jean, which almost always pays off.

Nunn also takes care to give a couple of her supporting players the fleshing-out they deserve. The show never misses a chance to remind us that Lily (Tanya Reynolds) is both a total weirdo and incredibly perceptive, and the optimistic, oblivious Aimee is given an arc that lets Aimee Lou Wood bring some remarkable shading to the character’s comic presence.

While there’s still plenty of sexual activity, this season tones down the nudity – which paradoxically creates a more intimate aesthetic. The sex suddenly feels meaningful, whether or not it’s being played for laughs. (“Spatula.”) And even at its most familiar, Sex Education remains fast-paced and entertaining to borrow a metaphor, the show is growing up and figuring out what it likes. Let’s see what happens.