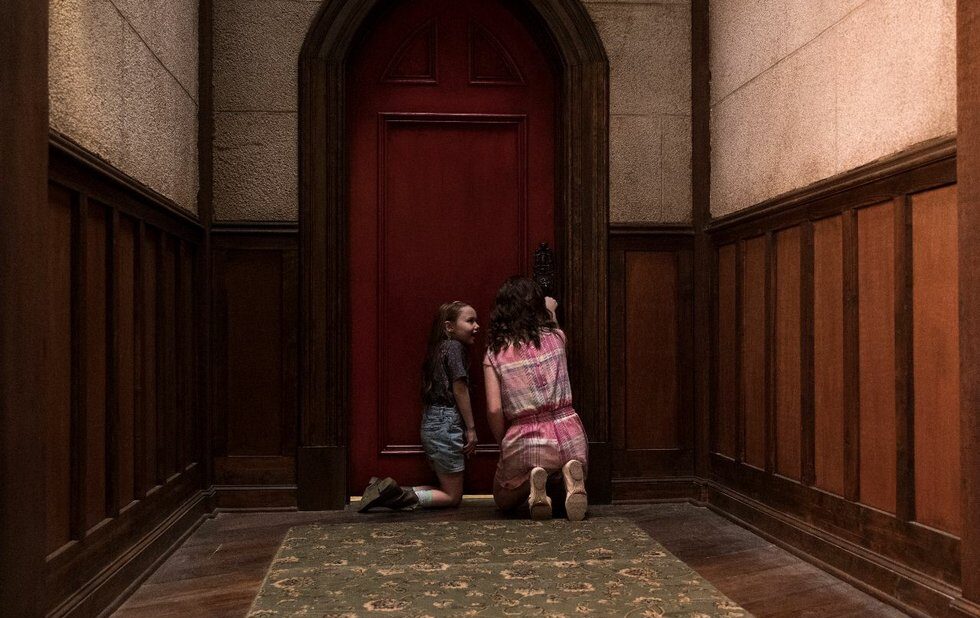 Most adaptations of Shirley Jackson’s classic Gothic novel focus, like the book itself, on what happens in the haunted house.

The new 10-part Netflix series takes a different angle, although it ultimately ends up in the same place.

The premise is that more than a quarter century ago, the terrified Crain family abruptly fled the Boston-area mansion, leaving behind their dead (by suicide? murder?) mother Olivia (Carla Gugino).

The thing is, whatever evil haunted them so many years ago has followed them around, and so they better confront the damn building and get some answers. Also: someone else’s life may be at stake.

It’s basically – to compare the series to the work of Stephen King, a huge fan of the original novel – a combination of The Shining and It, with a little bit of The Dead Zone thrown in for shits and giggles.

Series creator and director Mike Flanagan, no stranger to the work of King (his Netflix Gerald’s Game also stars Gugino, and he’s currently filming King’s Shining sequel, Doctor Sleep), takes a leisurely, slow-burn approach to the material that may not be to the taste of someone looking for some quick pre-Halloween frights.

Flanagan and co-writer Meredith Averill are more interested in psychological horror. How do you respond to trauma? Do you, like Steven, who writes true-horror books, pretend it’s not real? Do you escape from it through drugs, like Luke? Or do you try to make the dead as palatable as possible, like funeral director Shirley (whose name is one of many references to the book’s author)?

The tone of the show is unusual, mixing things that go bump in the night  – especially behind that locked red door – with scenes of genuine, heart-wrenching emotion. The way the filmmakers interweave past and present is by turns ingenious and irritating. But after a couple of episodes, you’ll be lulled into hitting “next episode” to find out answers to big and small questions and to explore every nook and cranny of the beautifully realized Gothic edifice.

You’ll also be addicted to the acting, which is superb, both by the actors playing the siblings as adults and those playing the younger versions. Pay special notice to Mckenna Grace, who inhabits the young Theodora (or Theo) with a wisdom way beyond her years (she was the young Tonya in I, Tonya, and the precocious kid in Gifted).

Gugino, who’s never achieved the level of fame or acclaim she deserves, is given the most difficult acting assignment, embodying the many shifts of the house with complete commitment, even if it requires her to wear layers of cumbersome prosthetics. Her performance will haunt you.