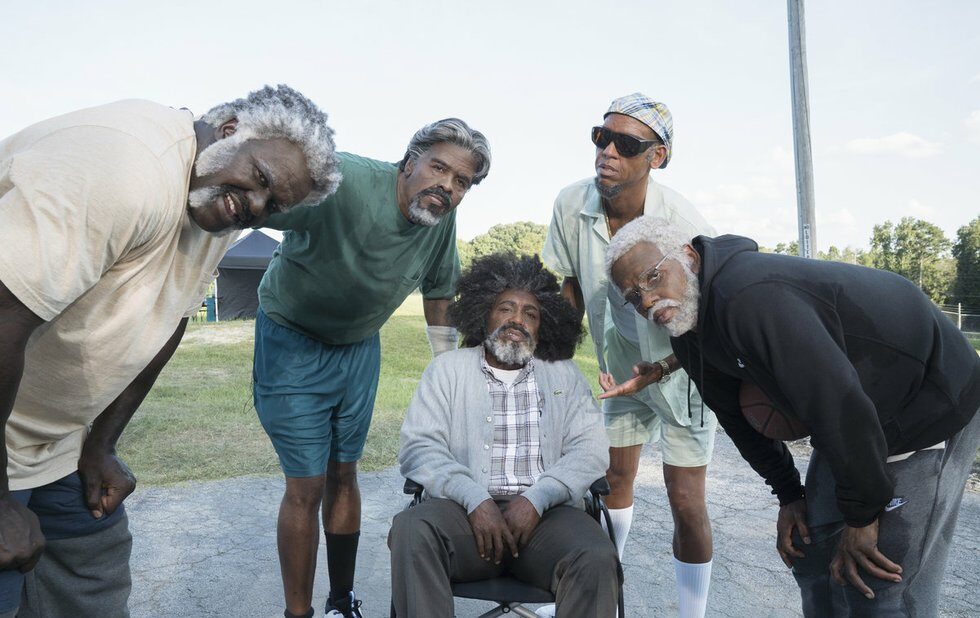 Uncle Drew is a silly and derivative sports comedy starring NBA pros like Kyrie Irving and Shaquille O’Neal. They’re disguised in prosthetics to play seniors who dunk while comic performers like Lil Rel Howery and Tiffany Haddish yell from the sidelines.

The movie has big personalities yet comes up short on laughs. But buried within is a sad sigh over the gentrification of street ball.

The story revolves around a tournament at Harlem’s famed Rucker Park, formerly a 70s hot spot where promising kids kept off the streets to practice ball, sometimes against visiting pros lured in by raw talent. Now, Rucker is home to the Entertainer’s Basketball Classic, a massive tournament where the game is drowned out by corporate sponsorships and merchandising.

Those sentiments are echoed in Uncle Drew, which pokes fun early on at people consumed by merchandising. A fresh line of Jordans is an instigating plot point for Howery’s wannabe coach, who’s looking to make some duckets off the game while Irving’s fictional street ball legend, Uncle Drew, reminds him it’s all about the buckets.

Throughout the movie, Drew reminisces about the good old days and champions the love of the game while grimacing at all the talk of “hippity-hop” and prize money.

That’s a fascinating anti-corporate sentiment dribbled around in a movie that expands Pepsi ads where Irving would play Uncle Drew opposite purportedly real and unsuspecting street ballers.

So yeah, this is essentially a feature-length commercial, where Nike, Aleve and Footlocker are among the many brands getting in on Pepsi’s action.

Uncle Drew maybe shedding a nostalgic tear at Rucker, but he be dunking those deals.