NOW MagazineMovies & TVReviewsUnsane, shot on an iPhone, is one of Steven Soderbergh’s weird experiments

Unsane, shot on an iPhone, is one of Steven Soderbergh’s weird experiments

The Crown's Claire Foy is superb as a data analyst who winds up institutionalized for 24 hours, then seven days 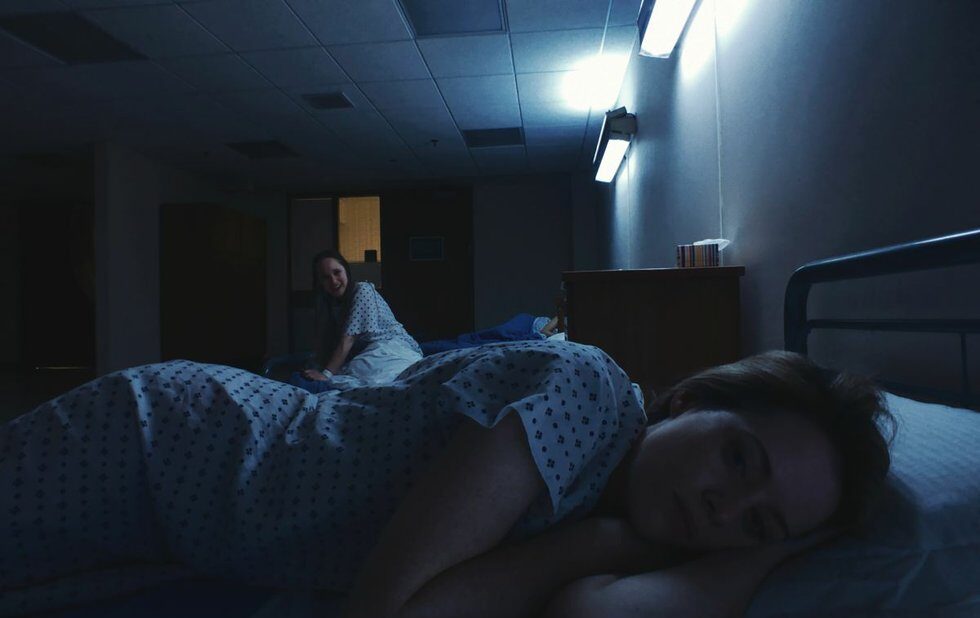 Claire Foy (foreground) goes from confusion and irritation to panic and rage in Unsane.

Well, Steven Soderbergh’s retirement from feature filmmaking is officially over: Unsane is his second theatrical release in seven months, and he recently tweeted that he’d just completed a third. The man’s a machine.

His time away from the big screen doesn’t seem to have changed his style, either. If last year’s Logan Lucky was another of his glossy, Ocean’s-style heist pictures, Unsane fits in nicely with the weirder, experimental pictures he did between them. It’s Soderbergh’s take on psychological thrillers, much like Haywire was his take on an action movie: a meditation on the genre rather than an exercise in it.

Claire Foy plays Sawyer Valentini, a frazzled Pennsylvania data analyst who goes to see a psychologist after a bad day and winds up institutionalized for 24 hours, then seven days. She insists she’s fine, and another patient tells her it’s all an insurance scam – but if that’s the case, why is she seeing the face of her former stalker (Joshua Leonard) everywhere?

Jonathan Bernstein and James Greer’s script plays like a mash-up of every asylum movie to date, but especially Sam Fuller’s Shock Corridor, and tells us what’s really going on well before Sawyer finds out, which takes some of the steam out of the final movement.

But Soderbergh – operating as his own cinematographer and editor under his usual pseudonyms – keeps it watchable and interesting throughout, shooting on an iPhone for a flattened, slightly unrealistic look and letting Foy play the entire range of Sawyer’s experience, from confusion and irritation to panic and rage, and ultimately terror and resilience.

Amy Irving and Saturday Night Live’s Jay Pharaoh contribute good work in small roles, but it’s Foy’s show all the way. As Soderbergh’s genre experiments go, I liked it more than Side Effects.

See all of Steven Soderbergh’s films ranked from best to slightly-less-best here.