Up In The Air

UP IN THE AIR directed by Jason Reitman,. 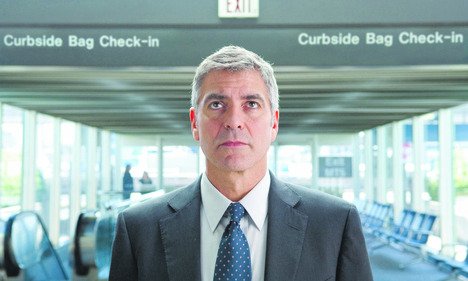 UP IN THE AIR directed by Jason Reitman, screenplay by Reitman and Sheldon Turner, based on the novel by Walter Kirn, with George Clooney, Vera Farmiga, Anna Kendrick and Jason Bateman. A Paramount Pictures release. 108 minutes. Opens Friday (December 4). For venues, times, and trailers, see Movies. Rating: NNNN

Jason Reitman, the director of Thank You For Smoking and Juno, makes movies about characters whose armour can’t protect them from the world.[rssbreak]

This time around, that character is peripatetic hatchet man Ryan Bingham (George Clooney), who flies around America firing people for companies unwilling to do it internally.

Bingham prides himself on his minimal emotional engagement with the world, but when he meets a very engaging fellow traveller (Vera Farmiga) and is saddled with a callow protegee (Anna Kendrick), his carefully organized universe threatens to collapse.

That’s just the beginning of this fascinating, unapologetically mature character study, which gives Clooney his most complicated and rewarding role in years and finds Reitman once again navigating that delicate space between gentle comedy and urgent drama.

The musical montages get to be a bit much by the end, though.