Review: Varda By Agnes is a sublime career retrospective 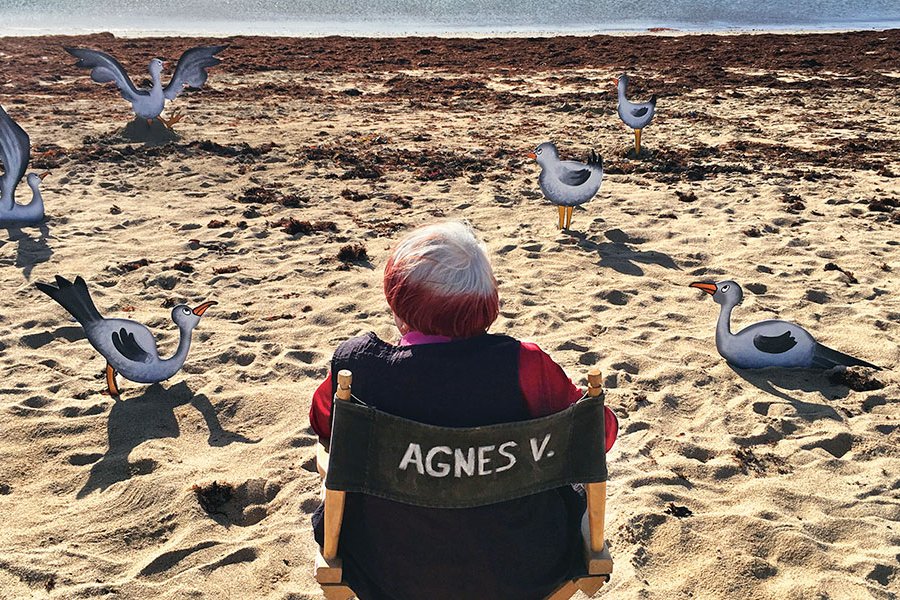 If you’ve never seen an Agnès Varda movie, her last film could be a good place to either start or finish your journey into her formidable filmography.

In Varda By Agnès, the French cinema icon and visual artist, who died at age 90 in March, revisits many of her pivotal works, exploring the personal relationships, aesthetic pleasures and political beliefs that informed not only her conceptual thinking but her specific technical choices.

Varda has turned the camera on herself before – notably in 2000’s The Gleaners And I, 2008’s The Beaches Of Agnès and her Oscar-nominated 2017’s Faces Places – but this film essentially takes the idea of director commentary and turns it into something like an exquisite-corpse-type journey through the major themes of her career.

Varda is full of typically fascinating, funny and melancholy reflections as she discusses how she moved from film to digital and essentially reinvented herself following a commercial flop in the mid 90s. It’s a winsome and engaging parting gift that feels less like a eulogy than a passing on of knowledge.

Structured around two public lectures, the doc provides an excellent primer into how she sought to radically shift the way stories are told on film and how her stylistic choices were fuelled by leftist political movements, especially the feminist movement of the 70s. On the other hand, if you’re new to her work, this film might spoil the joys of experiencing Cléo De 5 À 7, Happiness, Vagabond, Mur Murs, Faces Places and many others for the first time.

Off the top, Varda outlines “inspiration, creation and sharing” as three things that motivate her as a filmmaker. Sharing, or the idea of collective experience, proves to be the most salient.

The film is divided into two sections: her 20th century work and her 21st century work. Though “hybrid” narrative and documentary films became a focal point of American cinema during the past decade, Varda made documentary elements integral to her narrative films ever since her feature debut, La Pointe Courte (1955). She often filmed in her neighbourhoods, famously setting Cléo de 5 à 7 in real time and shooting in the streets of Paris, or cast non-professional actors, family members and collaborators, as she did in Happiness (1965) and Mur Murs (1981).

In short but thorough segments – she packs a lot into two hours – Varda gives us sharp insights into how she thought about storytelling, or what she calls “cine-writing.”  When she discusses One Sings, The Other Doesn’t (1977), about a friendship between two women set against the backdrop of the feminist movement, she explains how she wove Marxist political commentary into musical scenes to highlight labour inequality between men and women, for example, while expressing the joyful energy she felt as part of the collective struggle.

A section on Vagabond (1985) gets more technical, breaking down how “the entire film is a portrait in the form of a discontinuous tracking shot,” before reminiscing with lead actor Sandrine Bonnaire on their working process. Bonnaire played a hard-scrabble drifter whose backstory was unclear. Varda wanted to give the audience a sense of the character’s life via her tough demeanour, and insisted the star sleep outside, learn to repair boots, make a fire and prune grapevines in preparation.

“I’d dug up a whole garden patch and had blisters,” Bonnaire says. “I said ‘real blisters, like you wanted!’ You said, ‘good!’”

“I should’ve licked your blisters in thanks,” the director responds sheepishly.

It’s a rare moment when Varda cedes control of the narrative a reminder that she wasn’t always this benevolent, godmotherly figure we came to know. The Vagabond section also points to the film’s intuitive structure, and the evocative way Varda suggests emotional and materialist narratives without getting too personal: Vagabond, a film about a homeless independent woman, follows a more uplifting and collectivist segment on the feminist fighting spirit in One Sings, The Other Doesn’t. (The films came out nine years apart, with two others released in between.)

The second half of Varda By Agnès focuses largely on how digital cameras impacted her work, allowing her to forge more intimate relationships with documentary subjects. The commercial failure of the star-studded One Hundred And One Nights (1995) was her last film shot on 35mm.  Working-class labour was a big theme in her films over the past two decades, in marked contrast to more celeb-focused projects (such as Jane B. Par Agnès V., which this film’s title references) from the late 80s and 90s.

Her apparent difficulty to get film projects financed is reflected on screen via a focus on resourcefulness, recycling and labour. The Gleaners And I, a 2000 documentary about the practice of scavenging, precipitates a move into the art world. Her installation work, like 2004’s The Widows Of Noirmoutier, reimagined the collective viewing experience or repurposed “old media” elements like film stock and canisters.

A constant throughline is her ability to delight at seemingly simple aesthetic pleasures, though an art installation about colourful plastic toys feels less subversive than, say, her use of bright colour to transition between scenes in Happiness. When a pure visceral delight becomes a way to break the rules of cinema, Varda By Agnès feels both sublime and instructive.

As one project led to another, Varda’s particular – and political – way of thinking found beauty and greatness in unlikely places while encouraging everyone to take part.