Venus tackles a transgender story from an immigrant lens 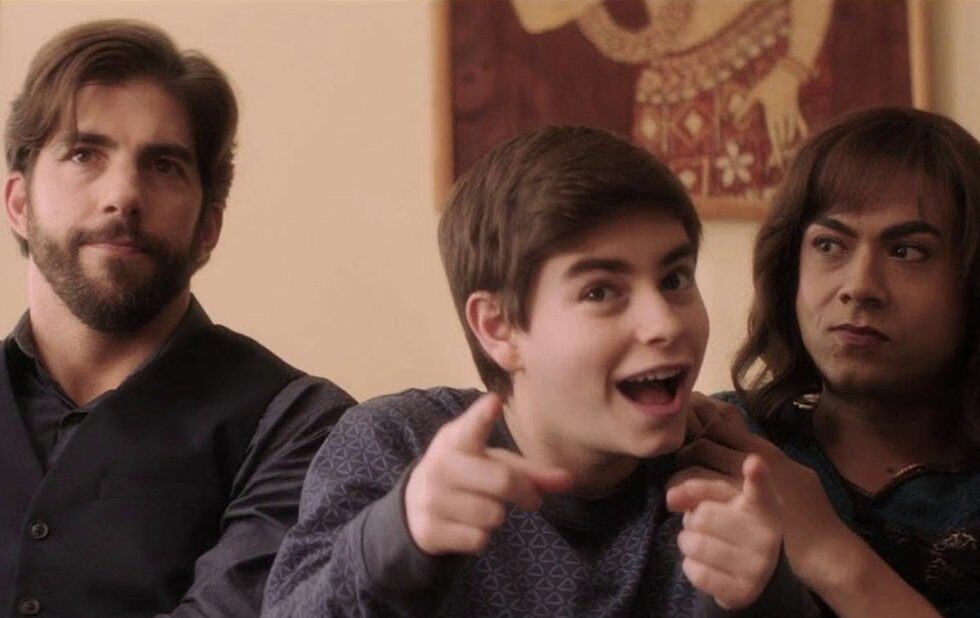 Venus is about transwoman who is transitioning, but the central thrust of the story is not a physical transformation. Refreshingly, Montreal writer/director Eisha Majara’s charming dramedy shifts the emotional legwork largely to the characters around her lead, creating a film in which the world must come to grips with the trans person – not the other way around.

That’s not to say there isn’t adversity. Sid (Debargo Sanyal) is embarking on a transition when she finds out she has a preteen son named Ralph (Jamie Mayers) with a high-school ex (Amber Goldfarb) she hasn’t spoken to in years. At the same time, she rekindles a romance with a closeted boyfriend (Pierre-Yves Cardinal) while coming out to her Indian immigrant parents (Zena Darawalla and My Beautiful Laundrette’s Gordon Warnecke).

It’s pure soap opera and Majara wastes no time introducing the long-lost son in Venus’s opening scenes. There’s laugh-out-loud comedy, but the script allows the humour to flow from the characters and particularly Sid, whose deadpan wit is as arch as Sanyal’s eyebrows. Her steely demeanour is thawed somewhat – but not entirely – by the arrival of her instantly accepting son, Ralph. The film smartly avoids sweeping transformative moments in favour of gradual change. Naturally, the kid becomes a buffer between Sid and his mother’s traditional expectations, making the film more about the immigrant experience than gender. There’s an obvious comparison to The Big Sick, but unlike that film, Venus gives the South Asian parents a bit more leeway to develop as characters, though sadly Warnecke’s low-key dad gets less screen time than Darawalla’s conflicted mom.

It’s not a perfect film. The subplot of Ralph keeping his mom and stepdad in the dark despite spending all his time with Sid is overly drawn out and the chipper rom-com aesthetic is wan and commercial enough to strip the film of a sense of place. It’s ironic, given Venus otherwise manages to take specific experiences and make them feel universal.