TV review: Weird City is the anti-Black Mirror we’ve been waiting for 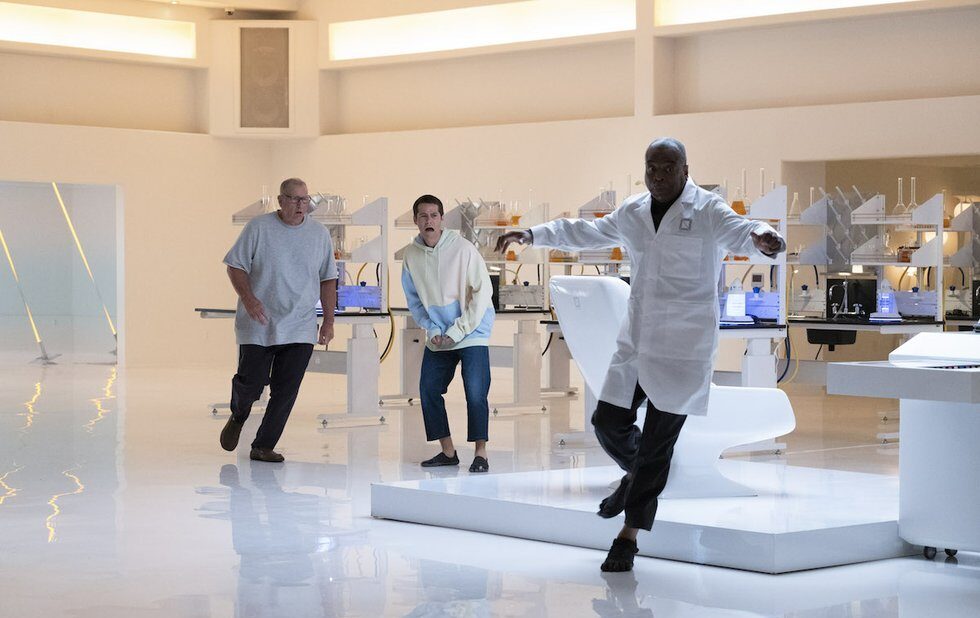 After four seasons and one dumb interactive feature, I feel safe in saying I don’t care for Black Mirror. I get what Charlie Brooker is doing: spinning tales of technology as the enabler of humanity’s worst impulses and destroyer of our collective soul, but he’s exclusively interested in the worst-case scenario.

Every episode introduces a zippy new idea and then watches it ruin the lives of anyone who engages with it. If a show’s big statement is “I told you so!”, is it really saying anything at all?

Weird City, a new series on YouTube Premium, has something to say, even if it’s just “Black Mirror is kind of a downer, huh?” An anthology series from Key & Peele collaborators Charlie Sanders (who writes the whole thing) and Jordan Peele (whose Monkeypaw production shingle makes it), it’s a sci-fi show that has a sense of humour about its dystopian future. Turns out that really helps.

Weird City is set in a near-future megalopolis that, at some point in the past, was literally divided into haves and have-nots: the wealthy live Above The Line, in glittering skyscrapers packed with luxurious future tech, while the working class live Below The Line, at ground level.

It’s not a Fury Road situation or anything, but they’ve clearly been left behind, socially and politically: those who live Below can work or visit the city Above, but they have to clear passport control and comply with various security measures. (Although his name is never mentioned in the two episodes available for review, this is Donald Trump’s ideal world.)

But the show isn’t about the city. It’s about the individuals who live in it, and how they’ve allowed their tech to nudge them into increasingly improbable situations that are accepted as totally normal. Like Black Mirror, it’s heavily indebted to Rod Serling’s revolutionary anthology series The Twilight Zone (which Peele himself is currently rebooting for CBS’s All Access streaming service), but it’s playful rather than barbed. Sanders and Peele are goofing on the idea of ironic reversals and creaky SF premises, and everybody benefits.

The first episode, directed by Adam Bernstein (and available for free here), focuses on a terminally single Above The Line resident (The Maze Runner’s Dylan O’Brien) who tries a supposedly foolproof matchmaking service that promises to find his perfect mate – only to be paired with a much older widower (Modern Family’s Ed O’Neill), despite neither of them having identified as gay.

What happens next is exactly what you’d expect to happen in any comedy sketch from the last 50 years, but here’s the twist: it’s not played for laughs. Instead, Weird City tells a story about a really lovely relationship, without a single gay-panic joke and never downplaying the practical or emotional issues involved. It’s the future, sexuality is fluid, these things happen.

It’s still funny, of course, especially when O’Brien has to meet and bond with O’Neill’s children – who are both older than him – and the show gets to parody the “Hey, Champ” scene sitcoms have been relying on for decades. O’Brien and O’Neill are great together, and they make the most of the opportunity to play radically against their respective types. It’s all so damn charming.

The sixth episode, directed by Amy Heckerling, is a more conceptual thing, opening as a show within a show: specifically, the last episode of the Above The Line crime drama Below: Glail & Charlotta.

As the show’s antihero leads (played by Awkwafina and Community’s Yvette Nicole Brown) plan the heist of their lives, they start to wonder why they’re explaining their master plan to one another, since they already know every detail. And then they start to wonder why they’re wondering this. And then they realize they’re characters in a television show.

This is usually where the story ends – and where it did, in the classic Twilight Zone episode Five Characters In Search Of An Exit – but that’s just the first act having achieved sentience, Glail and Charlotta proceed to investigate the existential ramifications of their situation. (Is the craft services table there for them, or for the actors who play them?) And because Awkwafina and Brown are vivid, delightful screen presences, it’s a blast.

There are four other episodes of Weird City I haven’t seen, packed with a killer comic ensemble that includes Malcolm Barrett, Michael Cera, Eugene Cordero, Laverne Cox, Rosario Dawson, Sara Gilbert, Gillian Jacobs, Hannah Simone, Matt Walsh and Steven Yeun. I’m looking forward to them, because I trust Sanders and Peele to give them the same opportunities to get silly and/or thoughtful as they did O’Brien, O’Neill, Brown and Awkwafina.

Perhaps one of those stories – maybe episode two? – will even explain what the deal is with the nervous scientist played by LeVar Burton across the series. Maybe he’s afraid Charlie Brooker will barge in and rewrite his world to be darker and meaner. I wouldn’t worry. Weird City seems committed to a gentler, kinder vision, and I’m all for it.

Also, the costume design is amazing. O’Brien’s shirt collars deserve their own Emmy. Can we get someone on that?