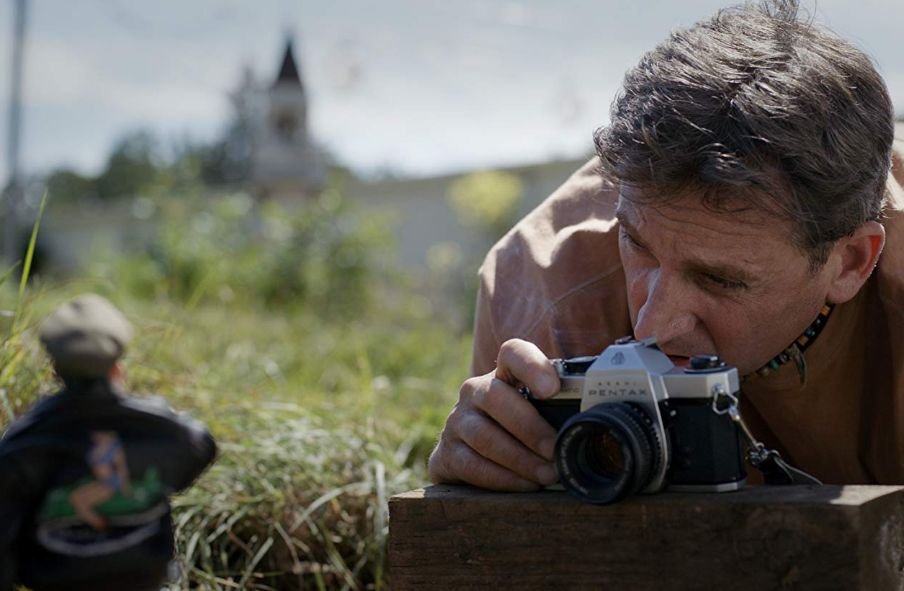 Steve Carell delivers another of his standard listless serious-dramatic-actor performances as a man recovering from trauma.

Steve Carell delivers another of his standard listless serious-dramatic-actor performances as a man recovering from trauma.

If you’re familiar with Jeff Malmberg’s terrific 2010 documentary, Marwencol, you’ll see nothing but the awful decisions Robert Zemeckis made in reformatting the true story of outsider artist Mark Hogancamp as Welcome To Marwen. If you haven’t, you’ll have no idea what’s going on from one moment to the next.

Welcome To Marwen is one of the worst movies about trauma I’ve ever seen – a terrible film made with the best of intentions, oversimplifying the devastating story at its core for cheap sentiment or inexplicable action beats. And through it all, it’s clear Zemeckis is making exactly the movie he wants to make: you can see how he’s talked himself into each bad idea, and how the actors are going along with it because they’re sure it’ll all come together in post-production. But it never does.

Trying to fictionalize Hogancamp’s recovery from a brutal assault that left him with amnesia and brain damage – and a compulsion to re-enact his buried trauma through an elaborate reconstruction of a WWII-era Belgian town populated by Barbie dolls in his backyard – Welcome To Marwen is a mess from one beat to the next. Alternating between kitchen-sink realism and slick, digitally rendered action scenes in Hogancamp’s doll world, Zemeckis buries the handful of moments that might have added up to something real or meaningful under pointless CGI gimmickry and awkward drama. Also, there are Back To The Future jokes, because why not.

In addition to their human characters, Steve Carell and his co-stars are digitally plastinated as the dolls Hogancamp used to populate the fictional Marwen – where his avatar, a rough-and-ready GI, is repeatedly tortured by SS officers and rescued by gun-toting women. (This is a grotesque distortion of Hogancamp’s art, which imagined the town as a neutral zone where American and German soldiers assembled to wait out the war in the bar owned by his avatar, “Hank” – again, a fractured representation of his post-traumatic self that Malmberg’s documentary understood even as Hogancamp himself did not.)

Carell settles for his standard listless serious-dramatic-actor performance as Hogancamp rather than trying to channel the real person, saving all his energy for the doll world’s “Captain Hogie” – but whatever he’s doing is smothered by Zemeckis’s digital overlay. Leslie Mann fares slightly better as a new neighbour whose efforts to nudge Mark out of his shell only pull her further into his world, and Merritt Wever underplays very nicely as a sympathetic hobby-shop clerk whose advances Mark doesn’t fully register.

As with most of the CG work Zemeckis brings to his live-action movies (see also Allied and Flight), it’s a solution in search of a problem, and other than some clever focal shifts between the real and imagined worlds, there’s just no need for all the trickery. Everything about Welcome To Marwen gets in the way of the thing it wants to show us, which is the story of a deeply broken man externalizing his trauma through art, but still in the grip of compulsions he can’t fully articulate.

Go watch Malmberg’s documentary to fully understand the cruel irony of Hogancamp’s story being undone by another artist’s fetish. And then put Welcome To Marwen on a very high shelf and forget it’s even there.