Review: What Keeps You Alive is a conventional thriller that never pays off

Despite the last-minute queer casting, Colin Minihan’s film keeps backing itself into corners 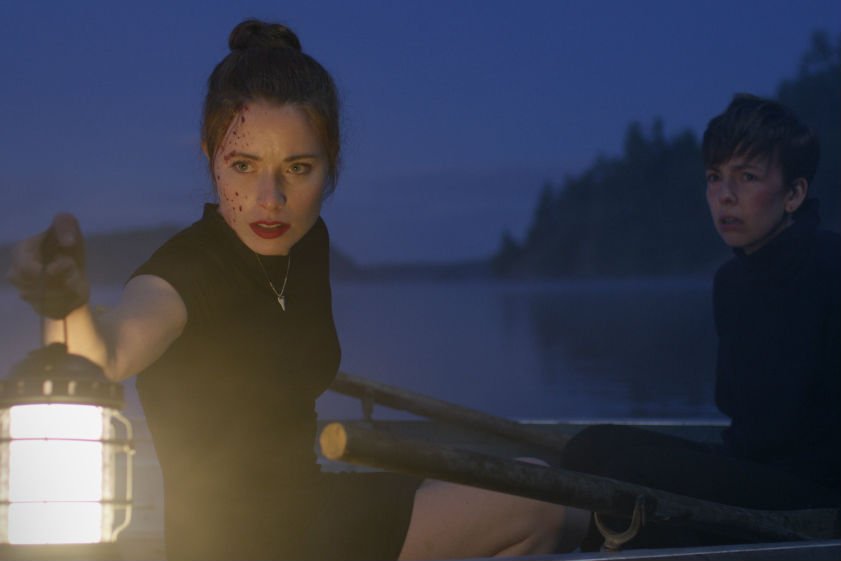 When Colin Minihan and Brittany Allen brought What Keeps You Alive to the Inside Out film festival earlier this year, they spent most of their interviews explaining that their same-sex thriller was originally written for a straight couple. When the actor who was to play Allen’s husband dropped out, they recast the role with Hannah Emily Anderson and didn’t change the script at all.

I take no pleasure in saying this, but… maybe they should have? Because the casting isn’t the problem. Minihan’s picture has a great first act, a solid second one and a third that just doesn’t work at all – which is not exactly a progression you want in a cat-and-mouse thriller.

The plot is almost comfortably familiar. A happy couple arrives at an isolated lakefront cabin to celebrate their first wedding anniversary, but one of them has something far darker in mind, leading to an epic battle for survival.

It’s a movie that’s been made dozens of times before, built entirely on shocking betrayals, unexpected reversals and superhuman resilience on the part of both characters – and as intriguing as it is to see this story play out with a same-sex couple at the centre, writer/director Minihan runs out of ideas almost immediately. He writes himself into corners, then backs out of those corners and into new ones.

For example: a tense dinner at a neighbouring couple’s cottage comes far too early in the action to have any real stakes as much as I enjoyed seeing Martha MacIsaac and Joey Klein, they’re just there to stretch out the second act.

Minihan’s last movie, It Stains The Sands Red – which also co-starred Allen, his real-life partner – had similar issues, starting out with an inventive spin on the zombie thriller and then slowly turning into a conventional genre exercise.

The queer aspect initially makes it feel subversive, but What Keeps You Alive is conventional from the get-go.

It also doesn’t help that Minihan’s film arrives in the wake of both Coralie Fargeat’s Revenge and Phoebe Waller-Bridge’s Killing Eve, which do certain similar things far better than he does.