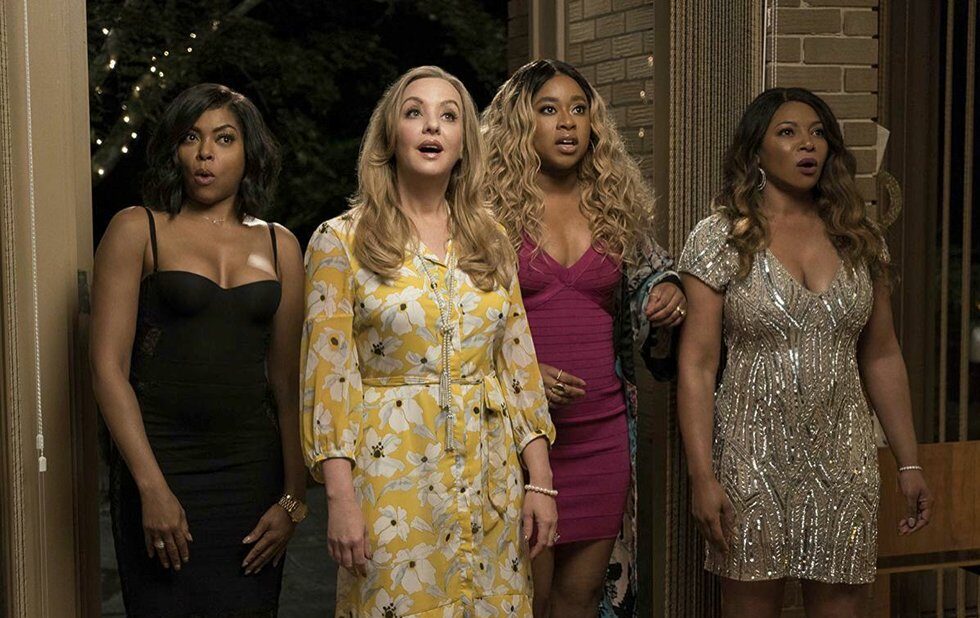 What Men Want is a remake or spinoff (or whatever you want to call it) of the 2000 Nancy Meyers rom-com, What Women Want. The earlier movie has Mel Gibson as a womanizer who magically hears his prey’s inner-monologue and learns to be a decent guy. (Not sure whether Gibson himself ever heeded the lessons.)

This time Taraji P. Henson plays the man-izer (??) in a much raunchier take. Her Ali Davis is an Atlanta-based talent agent who bumps up against the glass ceiling at a bros-club workplace. Ali can chew though competition better than the rest, but being a vocal and strong Black woman wins her the “difficult” label.

A visit with a drug-dealing psychic, played with winning kookiness by Erykah Badu, combined with a bump on the head, gives Ali the powers to hear men’s ploys and fantasies.

The repeated set-up is lazy and silly in all the places you’d expect. The movie never attempts to rise above the premise or even find a convincing emotional thread to hang onto. But that doesn’t mean it isn’t fun.

Director Adam Shankman, who drew out the giddiness in Hairspray and Adam Sandler’s Bedtime Stories, works similar magic here. He and his team make a completely different movie than What Women Want precisely because there’s a world of difference between Gibson and Henson.

This movie relies completely on Henson, cutting loose as a woman who’s both on top and bugging out uncontrollably. She’s a riot with broad comedy, as when Ali’s riding a romantic partner (Aldis Hodge) in bed rodeo-style while trying to respond to his inner criticisms in ways that just make things worse.

But her best moments come from the light and prickly interplay with gay assistant Brandon (a terrific Josh Brenner). He knows about his boss’s power and resorts to just speaking his mind to her, which is hilarious because he’s not actually speaking.