NOW MagazineMovies & TVReviewsTV Review: Ava DuVernay’s When They See Us is powerful

TV Review: Ava DuVernay’s When They See Us is powerful 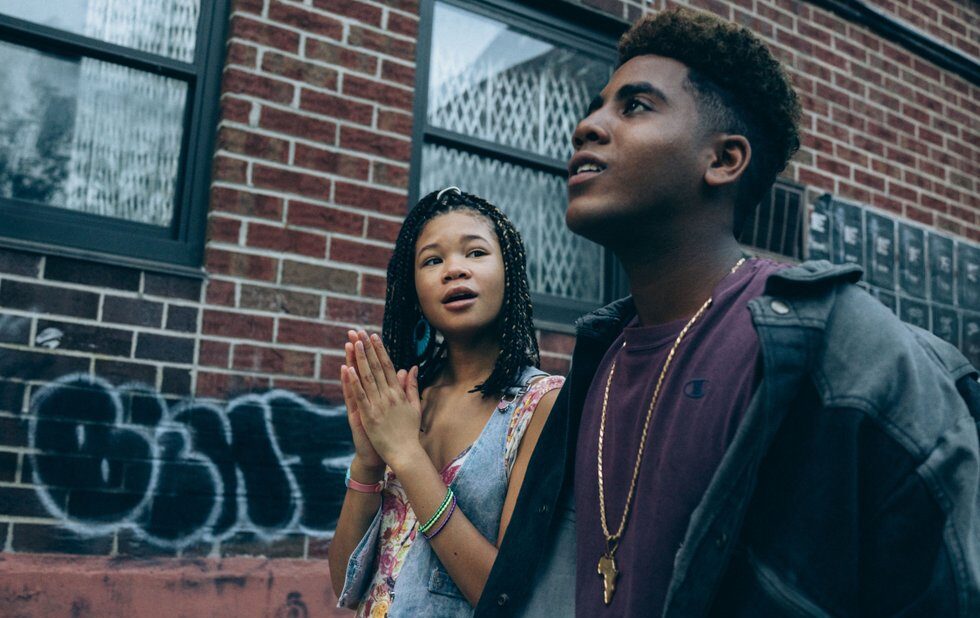 WHEN THEY SEE US (Ava DuVernay). All four episodes streaming Friday (May 31) on Netflix. Rating: NNNN

Ava DuVernay makes melodramas that have a classic feel but with a perspective that rarely gets seen on screen. Her films like Middle of Nowhere and Selma can lay emotions on thick and underline their thematic relevance in ways that might seem unnecessary but always feel warranted. Why contain yourself when dealing with such seismic matters as civil rights and the prison industrial complex, where lives are burdened by racism, both systematic and vindictively personal?

Nowhere does that emotional weight and thematic bold font feel more justified than in When They See Us, DuVernay’s powerful four-part Netflix series recounting and digging deeper into the tragic and infuriating story behind the Central Park Five.

Antron McCray, Yusef Salaam, Korey Wise, Raymond Santana and Kevin Richardson were aged 14-16 in 1989, when they were charged for a brutal rape that they didn’t commit. They were tried and sentenced a year later. The evidence against them was their own words, confessions the boys would later testify were forced during intimidating and manipulative police interrogations.

Not only were the confessions contradictory and filled with gaps in logic, there was physical evidence (including DNA samples from the scene and the victim who lost her memory) indicating that the crime was committed by someone else.

But the public was horrified. A white woman, Trisha Meili, was jogging and viciously assaulted in Central Park, which was supposed to be New York’s sanctuary from crime and coloured people. The media applied pressure and the police came up with kids, four Black and one Hispanic, who happened to be rounded up for joining others as they were “wiling out” in Central Park. The subsequent miscarriage of justice led to the boys spending about seven years in prison 14 for Wise who, at 16, was sentenced as an adult.

Most of this is covered by Ken Burns, Sarah Burns and David McMahon in the intensive and thorough documentary The Central Park Five. But the anger and sickening guilt drummed up in that 2012 doc only covers the first two episodes in DuVernay’s mini-series. When They See Us probes further and gets more intimate with the boys who became men under the cruelest circumstances.

The night the boys were in Central Park (just over 30 years ago) is covered in a shrewdly breakneck prologue where events happen in a flurry and details rush past before you have a chance to think on what you saw. We’re situated in the boys perspective, and if asked to testify what we witnessed, our narratives may not make sense.

The first episode is all about the police interrogations, overseen by Linda Farstein (Felicity Huffman), the District Attorney’s office’s head of sex crimes, who puts on a performance like she’s thinking with sound rationale even while she’s rabidly clutching at straws. The second episode focuses on the trials, which were separated into two so that the confessions can be wielded in a way to give a ruthless prosecutor (Vera Farmiga) the advantage. Both episodes takes stock of every coercion, manipulation and moral compromise made to reach the final verdicts. Hate and discrimination is barely spoken but is felt throughout like a throbbing vein.

The boys (played by Asante Blackk, Caleel Harris, Marquis Rodriguez, Ethan Herisse and Moonlight’s Jharrel Jerome) are worked like puppets, left to suffer the indignities forced on them with very little room to breathe. But DuVernay and her exceptional ensemble cast squeeze in enough personal details in the first two episodes for us not only feel them but also see the trauma imposed on their families.

The series truly soars in the final two episodes, where incarceration takes its toll on these individual lives. DuVernay, wielding the insight into the prison system from her documentary The 13th, shows an unrivalled empathy in these sequences as the boys endure not just prison life but the ongoing injustices after they are released: the boxes they have to tick on job applications, the parole conditions that make life impossible, and the accusatory eyes from a public that believed the system.

And then there are the more deeply personal tolls. The tender bond Antron (played as an adult by Jovan Adepo) and his father (The Wire’s Michael Kenneth Williams) has been torn by guilt. The latter had already been through the justice system and may have never escaped it. He convinced his young son to just play along during the police interrogations to avoid further abuse, a decision that would devastate his ability to face his son or himself.

Raymond (played as an adult by Freddy Miyares) comes home to a barely recognizable and temperamental environment. His steadfast father Raymond Sr. (an incredible John Leguizamo) has a new wife (Orange Is The New Black’s Dascha Polanco), who is openly hostile to a “rapist” entering their home. The pins and needles he lives on regularly prick and occasionally gouge.

DuVernay saves the most powerful profile for the final episode, a nearly self-contained chapter covering Korey Wise that plays like an authentic take on The Shawshank Redemption. He served 14-years in prison between various facilities where he would be viciously attacked by other inmates. Solitary confinement becomes his choice, a survival tactic. The only actor to play both the teenage and adult version, Jharrel Jerome absolutely shines, finding something hopeful in Korey’s decision to adapt and be strong despite being served the harshest realities. His story is transcendent.

The one regrettable detail in When They See Us is the occasional reminder that the current U.S. President served a role in all this. Thirty years ago Donald Trump spent $85,000 on full-page ads in four New York daily newspapers calling for the death penalty while not so subtly commenting on the Central Park Five case. The series makes a relevant point, showing us that Trump’s attacks on people of colour in recent years are nothing new.

The repeated mentions about his rhetoric only gives him more clout than he deserves. In the Central Park Five case, Trump is merely a symptom, the visible wart in a guilty society infected by ignorance and racism. He wasn’t the first, nor the only one, to rush to judgement and highlighting his hatred shouldn’t absolve anyone else’s.

I would rather he be the slightest footnote in this story about Antron, Yusef, Raymond, Kevin and Korey, just to savour a moment where nobody cares what Trump thinks.