White Night is a fun experiment in multi-character storytelling 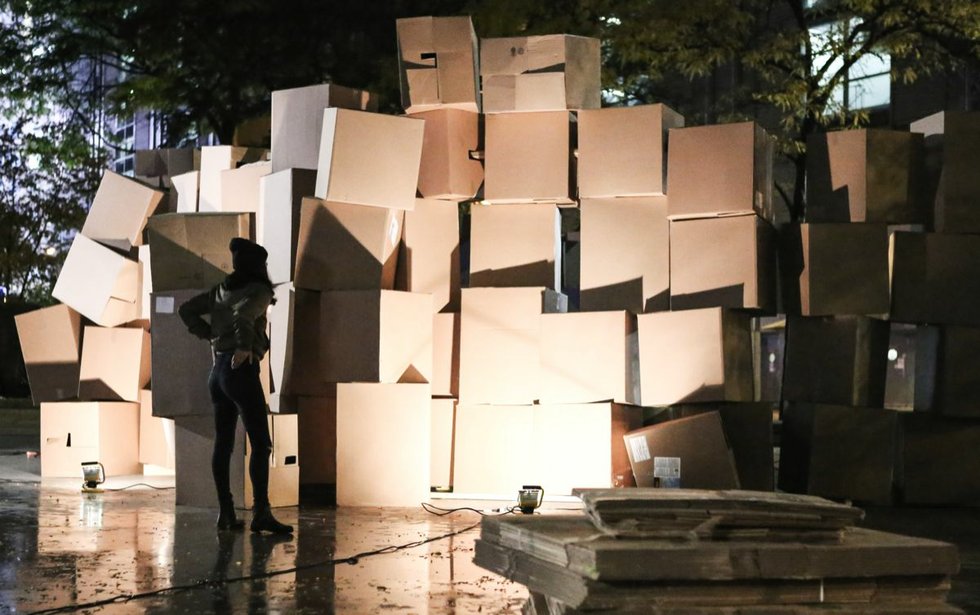 White Night is an ambitious microbudget production, with five directors shooting different threads of one big story. It mostly works.

Sully (Jonathan Keltz) and Violet (Sara Mitich) have known each other since they were high-school rebels reconnecting a decade later, they wander the festival taking in the sights and slowly suspecting that they might be more to one another than just old friends.

Melanie (Kimberly Laferriere) just got into town from rural Quebec, speaks very little English and is looking for her mother’s installation at the festival. Emily (Parveen Kaur) is an artist herself, though no one seems to understand what she’s doing with her piece, which looks like a stack of large cardboard boxes.

And Ryley (Darrell Faria) is a photographer wandering around the event high on mushrooms, which may or may not explain his visions of a well-dressed man (Adam Booth) running around in a gold-painted Batman mask looking for criminals to thwart.

The gimmick doesn’t really work, with vérité inserts of the crowded event awkwardly inserted amidst scripted material shot with actors on empty streets, but the movie’s still enjoyable, with engaging performances from its ensemble cast and a limber visual sensibility.

Sure, the filmmakers lean heavily on Richard Linklater’s patented observational walking-and-talking aesthetic (not just in the Before trilogy, but in Slacker and Waking Life, too), but it works just fine when you have interesting people to follow.

If it sounds like I’m giving White Night mild approval, I guess I am. It’s nice. It’s complex without being complicated, and it could have used a tighter edit – the musical interludes from Stephen Joffe, Birds of Bellwoods and Beams are pleasant but start to feel like padding by the second half.

It’s a fun experiment in multi-character storytelling, and the world can always use more of those.