Why Superbad is Super rad 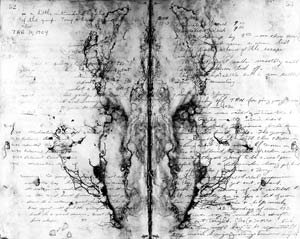 Superbad is the funniest movie of the summer, a teen comedy with Tourette’s and a surprisingly sweet heart from the atelier of Judd Apatow, creator of Knocked Up and The 40-Year-Old Virgin.

Apatow is listed here as producer, but the screenplay by Evan Goldberg and Knocked Up star Seth Rogen has taken at least one pass through Apatow’s word processor, and director Greg Mottola has spent the decade since his directorial debut (The Daytrippers) working in television, notably on Apatow’s college series, Undeclared.

Of course, raw language covering a sweet heart is a classic mode for the teen sex comedy, allowing audiences to be shocked/amused by the jokes while being reassured that the kids are all right. American Pie takes much the same route, and so does Fast Times At Ridgemont High.

There’s a difference between recognizing a formula and applying it so it works, but Apatow is a master of masculine sexual fears.

That is, his heroes wanna get some, but they have no idea what to do with it when they get it.

In Superbad, Jonah Hill (Knocked Up) and Michael Cera (Arrested Development) play high school seniors who’ve managed to wangle an invitation to a hot party, but they’ve also promised to bring the booze.

From there, Superbad’s plotting is a matter of asking, “Okay, what’s the worst thing that could happen?”

They could be attacked by older psychotic guys, chased by cops or befriended by cops. (There are hilarious supporting performances here by Seth Rogen and Bill Hader.)

With its lovable performances and dense structure of jokes that ricochet through the story, echoing in the oddest ways, Superbad is a hilariously entertaining adolescent odyssey. I haven’t laughed this hard at a movie this year.

The weirdest thing about Superbad is the marketing.

It was on the cover of Entertainment Weekly, but the article inside a four-pager that included an interview with Rogen and Apatow positioned the film as a summer sleeper that could sneak its way to big numbers.

Huh? Little sleeper pictures don’t get the cover of Entertainment Weekly before they open.

Harry Potter, The Bourne Ultimatum and Pirates Of The Caribbean: It’s Three Hours Long! those are the movies that get an EW cover. Sony has loaded up on promo screenings and is making sure everyone gets a good early look. The studio isn’t trying to sneak up on anyone it’s laying siege to Stalingrad.

There’s nothing wrong with a movie company promoting the hell out of a picture. That’s its job.

But audiences create sleeper hits the last one I can think of was My Big Fat Greek Wedding. Studios create hits. Unless, of course, they changed the meaning of “sleeper hit” while I was on vacation.

All great teen comedies have one thing in common: a scene-stealing supporting character whose name becomes synonymous with the spirit of the movie. Animal House’s Bluto, Fast Times At Ridgemont High’s Spicoli, Pretty In Pink’s Duckie, American Pie’s Stifler, Napoleon Dynamite’s Pedro. Now you can add Superbad’s McLovin to that list. The kid with the name like a sexy hamburger is the fun-loving fake I.D. alter ego of Superbad’s bespectacled über-nerd, Fogell, played by newcomer Christopher Mintz-Plasse. Mintz-Plasse took a few moments during his first-ever round of media interviews to talk about the movie.

I’m definitely like Fogell, not as self-assured or cool as McLovin.

How did you get the role?

Two of my friends heard about the audition, so we all went. I’d never acted before except in school plays, and then I get this huge movie role. It’s so crazy.

Do you remember the first play you ever did?

I played Rerun in A Charlie Brown Christmas in Grade 2.

Superbad is different from a lot of other teen movies like American Pie in that it seems to be more focused on the friendships between the characters than on just getting laid.

The friendships and dealing with going away to college are really what the movie is about. If you look at American Pie, none of those guys look like they’re in high school, and none of them look like they’d have any trouble getting laid. We all look like we can’t get laid.

And unlike the typical scenario, McLovin is the only one who does get laid. Was it hard to shoot those scenes?

Yeah, it’s so strange to be forced to make out with a girl. I mean, I like to kiss girls – just girls who I know and have some feelings for. It’s awkward, which I guess is kind of the point for Fogell.

The characters are based on writer-co-star Seth Rogen’s high school experiences. Did he talk to you about that at all?

Yeah, he did. He’s one of the nicest, funniest guys I’ve ever met. And I got to meet the real Fogell, who turned out to be this really laid-back, relaxed kind of guy. As far as I know, Fogell never had a McLovin side.

Are you prepared to be known as McLovin for the rest of your life?

Absolutely. If the character catches on with audiences to that point, it might make it harder to get other acting jobs. But, then, how many actors ever get a role as well-known as that?

Do you think being known as McLovin will help you get laid?