Review: Wild Rose is a standard underdog picture with one interesting twist 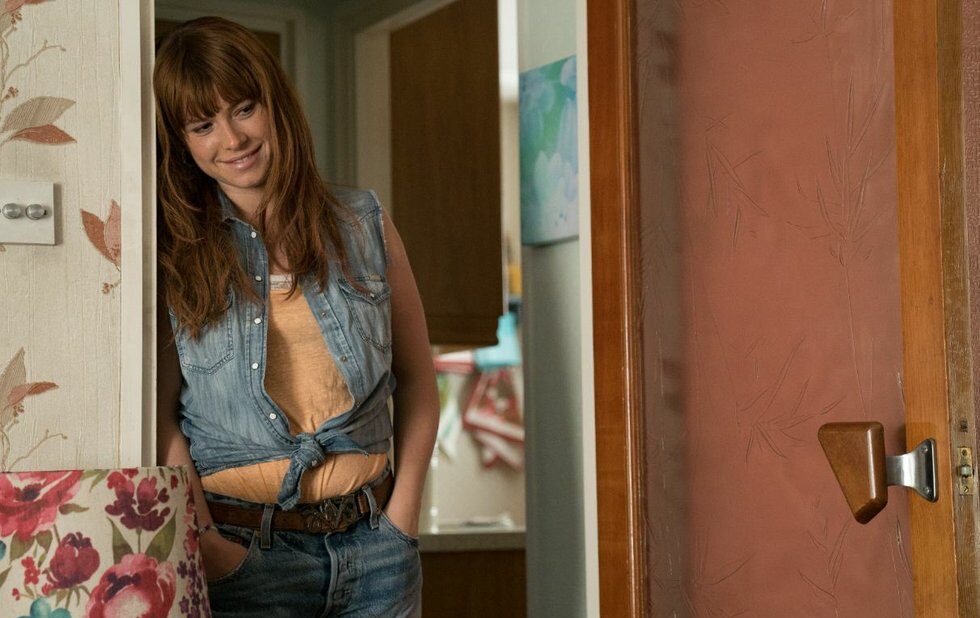 When Wild Rose premiered at TIFF last year, it was hyped – mostly by its distributors and publicists – as a crowd-pleasing underdog, a black-sheep contender for the People’s Choice Award.

And you can see why. It’s pretty much designed to be a festival darling, with its rousing tale of a working-class single mother willing to sacrifice everything to break out as a country singer… in Glasgow.

The format is a tale as old as time – or at least as old as Mike Leigh’s early breakouts High Hopes and Life Is Sweet, which both feature characters with eccentric, doomed pursuits.

It was further refined in 1991 with Alan Parker’s The Commitments, and perfected in 1997 by Peter Cattaneo’s sleeper hit The Full Monty, which won Simon Beaufoy an Oscar nomination for best original screenplay, spawned a stage show and triggered a wave of cheerful kitchen-sink dramedies in which flawed-but-scrappy heroes chase personal validation through unlikely artistic expression.

In the two decades since, this genre has become so codified within the British film industry – from Billy Elliot and Greenfingers through Once to the more commercial-minded likes of Cuban Fury and Finding Your Feet – to the point where I’ve started to wonder whether it has its own funding stream at Film Four.

Wild Rose does nothing new with the formula, but – like Jessie Buckley’s driven, self-absorbed protagonist Rose-Lynn – it gives it all it’s got. The script, by veteran TV writer Nicole Taylor (Ashes To Ashes, The Hour, Three Girls), finds a credible way to rehash the usual conflicts and stakes.

Rose-Lynn’s mother Marion (Julie Walters) is the voice of exposition, filling us in on all the history the family carries. We learn fairly quickly Marion has been caring for Rose-Lynn’s two young children while their mother spent a year in prison on a drug charge, and probably for longer than that. (It’s hard to care for children when you see them as an anchor keeping you from taking gigs at nightclubs.)

Class issues are covered when Rose-Lynn takes a job as a cleaner for the well-to-do Susannah (Sophie Okonedo), who recognizes Rose-Lynn’s talent and wants to help her along.

But then there’s the conflict within Rose-Lynn herself, expressed in a self-destructive tendency to take shortcuts to the fame she believes she deserves. Can she pull her shit together long enough to make good on the promise of her talent?

This is the thing that needs to be compelling for Wild Rose to work, or indeed for any of these films to connect with its audience. We have to not only believe in Rose-Lynn, but to root for her to realize her dream. And in the film’s smartest move, Buckley makes that difficult. Rose-Lynn can belt, no question, but does she really deserve to be the star she already thinks she is? What if fame just makes her a worse person?

That conflict is played out entirely through Buckley’s prickly, blunt-instrument performance, and it’s the one twist Wild Rose plays on the established formula. Buckley – the Irish actor who made a powerful impression not long ago as a troubled young woman drawn to an intense young man in Michael Pearce’s Beast, and played a key role as Jared Harris’s young wife in HBO’s Chernobyl – commits to playing Rose-Lynn as not just complicated but actively unlikeable at times. That puts an interesting spin on our relationship to the character as the movie goes through its paces.

The movie’s fine its star is riveting. Reason enough to check it out, I suppose, even if you can feel the formula in every scene.