Winchester is an insidious disappointment

Helen Mirren keeps it professional in this haunted-house clunker, but that's no reason to buy a ticket 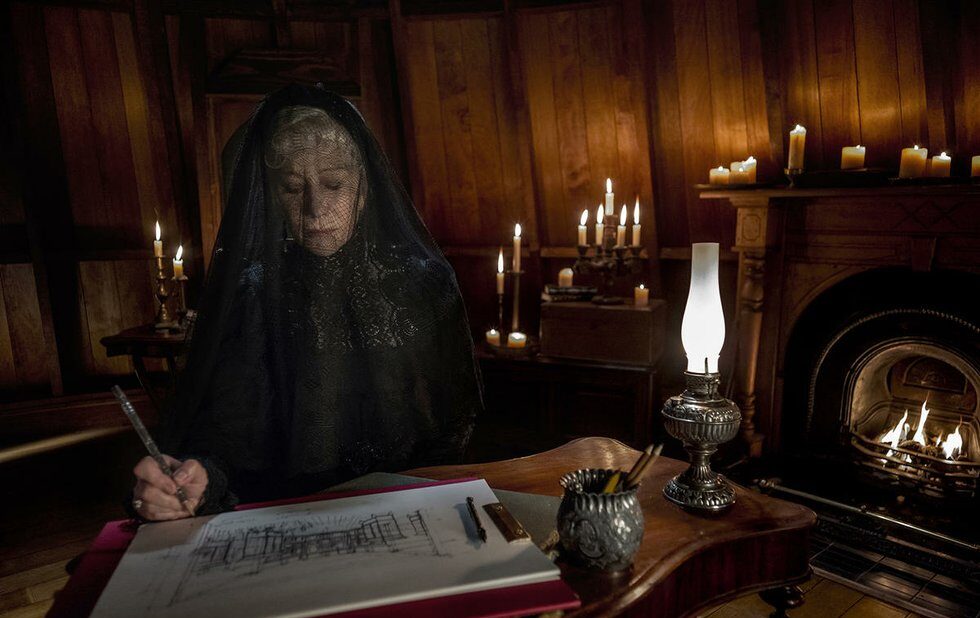 The period spookhouse chiller Winchester was originally marketed with the subtitle The House That Ghosts Built, which promises a much more interesting film than what’s just lurched into the megaplex. But no ghosts are seen to do a single moment of construction work, so I guess truth in advertising is still a thing.

Set in 1906, Winchester is just an Insidious knockoff in period costume, with actors walking slowly and deliberately into dark places so a bunch of boogeymen can pop out at them.

Jason Clarke does most of the walking, playing a wobbly doctor sent to the infamous Winchester mansion in San Jose to assess the mental state of its mistress, Sarah Winchester (Helen Mirren), who’s been spending her fortune adding rooms to the structure because she’s convinced the house is haunted by the ghosts of all the people killed by her company’s rifles.

Guess what? She’s right! And that’s all there is to it!

Conceived without a thought to pacing or tension, and shot on location in what is very clearly the Australian countryside, it’s an empty, seemingly endless slog through all the usual clichés of this genre, featuring actors who are doing their best to be professional in a project that interests them not in the least. But at least Clarke and Mirren have characters to play the wonderful Sarah Snook, of Predestination and The Glass Castle, has literally nothing to do as Sarah Winchester’s niece.

Undead and Daybreakers demonstrated the Spierigs were skilled at turning familiar genre premises into fun diversions with this and last year’s Jigsaw, it feels like they’re just working on autopilot.