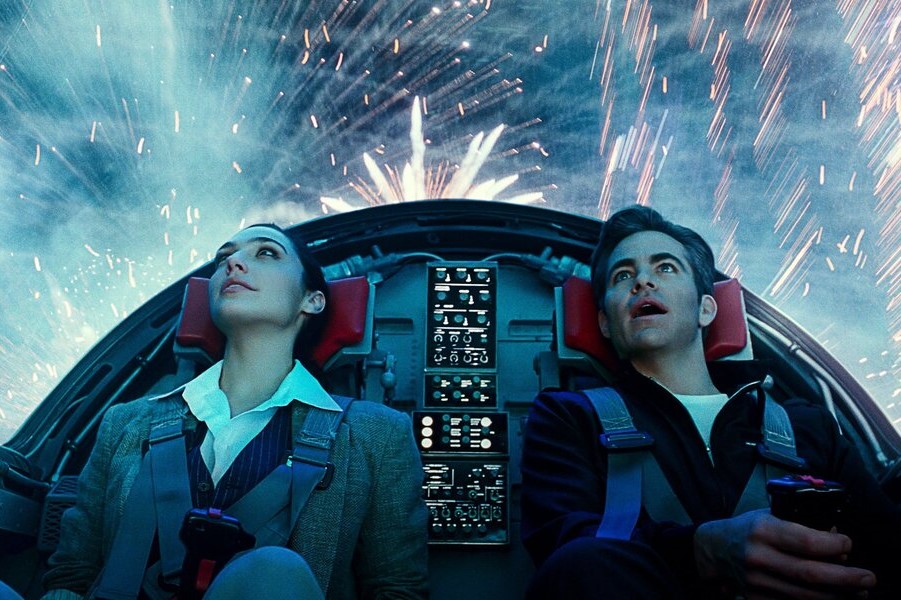 I was really rooting for Wonder Woman 1984 – or WW84, as the disco/neon title treatment would have it. After watching Patty Jenkins and Gal Gadot bring the comic-book character of Princess Diana to vivid, compassionate life in 2017’s Wonder Woman, which broke Warner’s DC movie franchise out of its grimdark torpor, I was eager to see what the duo might accomplish without a nervous studio second-guessing their choices at every turn.

And a movie set seven decades after its predecessor, with Gadot’s Diana battling comic-book baddies Maxwell Lord (Pedro Pascal) and the Cheetah (Kristen Wiig) in Reagan’s America, offered a fun new context for the character. Sure, there’d be some difficulty in having Wonder Woman running around Washington D.C. in costume 30 years before she’s introduced to the world in Batman V Superman: Dawn Of Justice, but that’s always a thing with prequels; life finds a way.

It’s gratifying that Jenkins and Gadot continue to put Diana’s compassion and decency front and centre, especially since Zack Snyder consciously chose to leave them out of the current incarnation of Superman. She fights defensively and strategically, always protecting the innocent and offering the wicked a chance to avoid a battle. That last thing rarely works, but she never stops trying, which is both inspiring and tragic; Diana’s faith in ordinary mortals is forever being tested by the mortals refusal to learn from her example.

And moving the action to an era of peak superficiality gives Jenkins and Gadot the chance to shake off the heaviness of their previous outing. WW84 opens with a tournament and a modestly scaled mall heist, striking a more playful tone that seems intended to connect it to the Superman movies that were being produced at the time, where stories could be smaller and less bombastic. But for all that, WW84 ends up being this cycle’s Superman III, trying to be everything to everyone… and coming up short in every way.

The story revolves around an ancient wishing stone that Lord – here reimagined as a TV pitchman and failing oil tycoon – sees as his path to success, and which Wiig’s awkward Smithsonian employee Barbara Minerva uses to make herself as strong and confident as her co-worker and new friend Diana Prince. Diana makes a wish too, and even gets what she wants. But because this is a comic-book movie, every wish comes at a cost, and Lord’s unquenchable desire for status and power leads to chaos that ultimately threatens the whole planet.

And by the final hour, as the movie’s story is swamped by incoherent choices and an ending that just won’t, well, end, I was aware of how awfully hard I was working to find things to enjoy.

The film’s best sequences – the rousing Themyscira triathlon (in IMAX!) that opens the film, a thwarted mall heist, a thrilling desert truck chase and pretty much everything involving Diana’s reunion with her lost love Steve Trevor (Chris Pine) – barely impact the story at all.

Don’t get me wrong, those elements are really, really satisfying. There’s a lovely warmth to Gadot and Pine’s chemistry, a mutual admiration and attraction that runs through their every interaction. For all of its attempts to re-create the dynamics and situations of the first film, WW84 allows Diana and Steve to pick up right where they left off, and it’s just swell. But the movie’s constant whiplashing between its storylines means their resurrected romance doesn’t affect the larger narrative the way it might have, and is ultimately steamrolled by a noisy CG finale that somehow involves both an 80s greed-is-good mantra and global thermonuclear war.

Still, the good stuff in 2017’s Wonder Woman was enough to get me to forgive that movie’s similarly botched climax, and the good stuff in WW84 will be more than enough for a lot of fans desperate for a new superhero movie after the drought of 2020. But if Wonder Woman 1984 had been released in November of 2019, as originally scheduled, I suspect its deficiencies would have been a lot harder to wave away.