Wonder Woman gets it right, finally 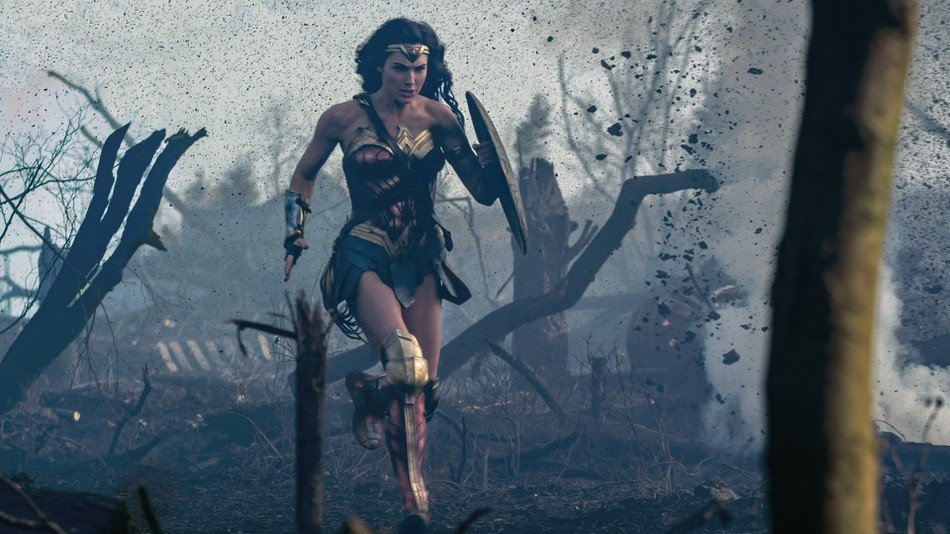 Wonder Woman is good. Not great, but good. And really, after Man Of Steel, Batman V Superman: Dawn Of Justice and Suicide Squad, that’s all it needs to be.

Yeah, it’s a hair overwritten and ends with the same overblown effects punchout as every other recent DC movie, but you’ll be willing to forgive that because it does the most important thing a superhero movie can do: it understands the hero at its centre, and does justice to her conception and her spirit.

This shouldn’t even need to be explained, of course, but after Zack Snyder’s reimagining of Batman and Superman as merciless, growling brutes, it’s kind of important that Patty Jenkins, screenwriter Allan Heinberg and star Gal Gadot show us they can see something more in Diana, Princess of Themyscira. And they do.

You know the story. Reared on an isolated, magically protected island of Amazons, Diana is a formidable warrior but a literal innocent. She’s capable of laying waste to battalions but she’s utterly unprepared to navigate the world of men, which she first encounters in the person of American spy Steve Trevor (Chris Pine) when he crashes onto her island paradise in the fall of 1918.

Against the wishes of her mother, Queen Hippolyta (Connie Nielsen), Diana accompanies Trevor back to Europe, where German commandant Ludendorff (a sneering Danny Huston) plots to win the First World War by wiping out any and all opposition with a monstrous new chemical weapon designed by the malevolent Dr. Maru (Elena Anaya, of Pedro Almodóvar’s The Skin I Live In).

Trevor is on a mission to stop Ludendorff and Maru before they can launch their new gas Diana believes the god Ares is behind the war, and that killing him will free humanity from his corruption. And by confronting her pure heart with the cynicism and exhaustion of the European front, Jenkins and Heinberg find a bigger challenge for Wonder Woman: she’s there to inspire and uplift, to care for the injured and wounded, and defeat anyone who dares raise a weapon in anger. It’s the same reason Superman was created, but somehow Snyder forgot that while making Man Of Steel.

Jenkins avoids that mistake, keeping her Wonder Woman closer to another four-colour contemporary, Captain America – and even steering parallel to that character’s first Marvel movie, giving her a multicultural team of military support in Saïd Taghmaoui, Ewen Bremner and Eugene Brave Rock and setting her against the German war machine.

The first hour and change of Wonder Woman is straight-up origin story, taking its time establishing its characters and iconography before a magnificent reveal of Diana in costume, vaulting out of the trenches and into No Man’s Land (see what they did there?) kicks off the single best sequence of any of the new DC movies.

The project has finally given us a hero fully conscious of the bloodshed around her, and doing everything she can to stop it. Batman kills without hesitation and Superman’s collateral casualties could fill a football stadium, but Wonder Woman does her best to save people because she cannot ignore their suffering. Gadot’s performance is built on compassion: this Wonder Woman genuinely fights for justice, and that makes a world of difference.

That high continues through the entire second act, which throws in another really great set piece in a German town square and follows it with a lovely post-battle interlude in which Diana and her mortal friends enjoy their victory, as warriors do. Pine’s at his best here, subtly shifting Steve Trevor from headstrong man of action into someone who knows he’s a supporting player in a larger story.

After that, though, things get a little busier and a lot less engaging. The final act pays off in a climax that’s all too familiar – a big reveal followed by a noisy CG lightshow with wizard hands and bolts of lightning and digital versions of characters bouncing around in space. It’s exactly the same way every other DC picture ends, and it’s monotonous. The company has yet to learn the lesson Marvel figured out a while back: these movies get much less interesting when the characters stop talking and start punching.

It’s also a little disappointing that the film doesn’t have the courage to follow through on its best idea, which is that Diana’s belief in humanity’s essential goodness is challenged by the complexity of the mortals she encounters.

But even if Wonder Woman peaks in its second act, well, that’s still a peak that none of the other DC movies have managed, and Wonder Woman points the way to a brighter, more satisfying conception of a superhero epic.

I have no idea if Snyder’s Justice League will pull the pendulum back to grim, dark carnage in November – I expect he’ll do his best – but at least we now have proof that DC can make a decent superhero picture if they match the material with the right people.