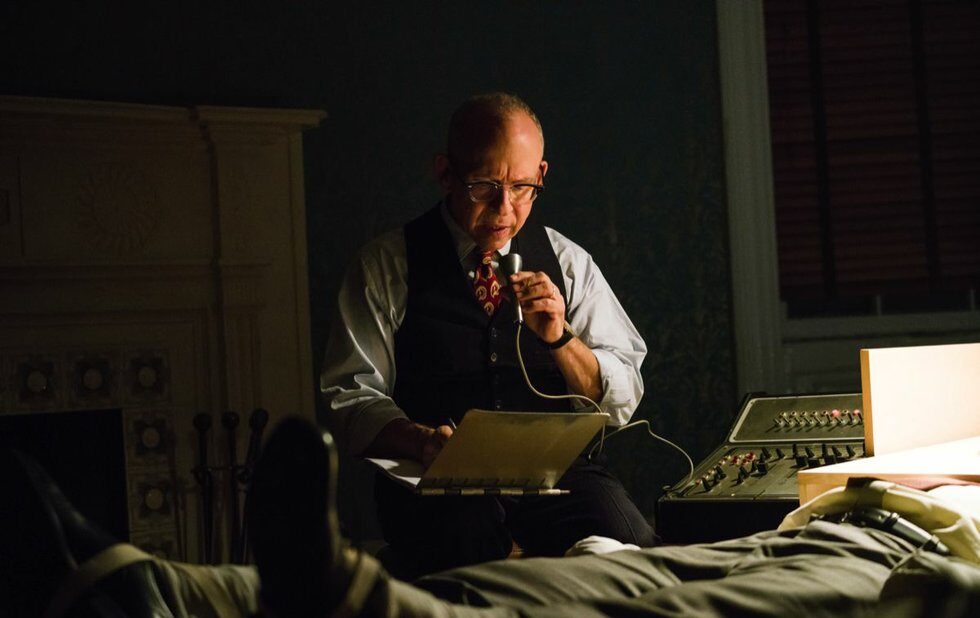 On November 28, 1953, a Maryland scientist named Frank Olson died on the sidewalk in front of the Hotel Statler in midtown Manhattan. It would be 22 years before the events leading up to his death would become public: officially, Olson suffered a psychotic break after being unwittingly dosed with LSD in a CIA-run experiment, and jumped out a 13th-storey window.

Olson’s family accepted a financial settlement and an apology from U.S. President Gerald Ford. His son Eric has never accepted the government’s explanation, and has spent the subsequent decades trying to break through to the truth.

Wormwood is an attempt by the filmmaker Errol Morris to present Eric’s arguments in docudramatic fashion, illustrating a present-day interview with elaborate re-enactments of the last week of Frank’s life. Peter Sarsgaard plays the traumatized, uncertain victim opposite Molly Parker as his understandably concerned wife Tim Blake Nelson, Bob Balaban and Christian Camargo are potentially shady colleagues who steer him through his week-long ordeal.

Morris has used re-enactments to bring stories to life before, most strikingly in his breakout documentary The Thin Blue Line, but in Wormwood the device fails him. There simply isn’t that much to show – mostly it’s just shots of Sarsgaard sitting sad and broken in bars, offices and hotel rooms – and stretching this piece over six episodes totalling about four and a half hours reveals how much the material is being stretched to fill a miniseries order.

After his spare, lovely Elsa Dorfman portrait The B-Side, it’s impossible not to notice the bloat. There’s probably a two-hour cut of Wormwood that’s just as fascinating without being quite so frustrating.