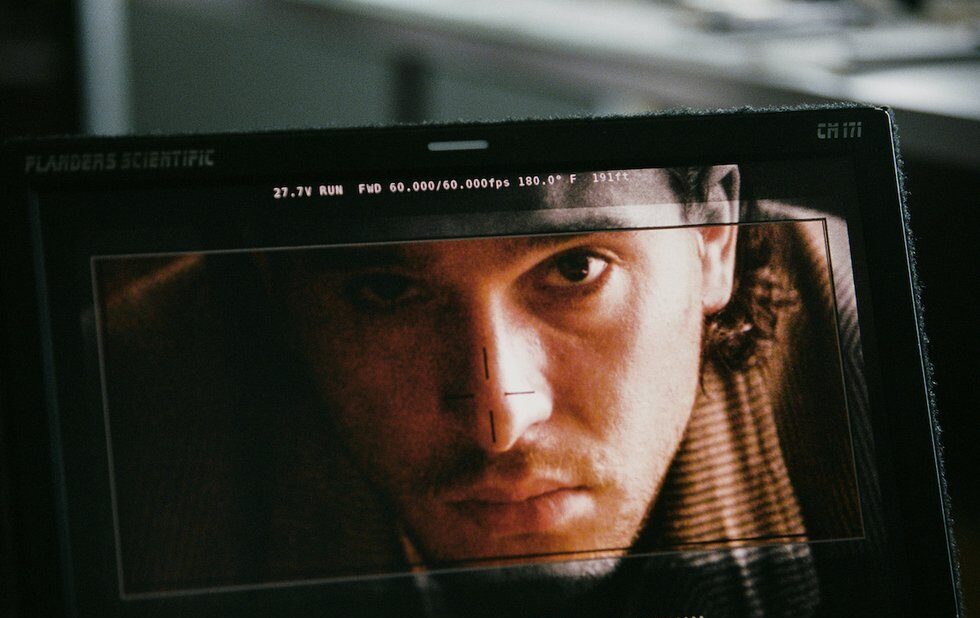 The film was notorious before it debuted at the Toronto International Film Festival last year thanks to a two-year editing process that saw a character played by Jessica Chastain cut out entirely. Dolan, arguably Canada’s most famous filmmaker still working primarily in this country, recently told the Globe And Mail that his original cut was four hours long.

None of that backstory is as interesting as what’s actually on screen: a fumbling attempt at finding a place for white gay men amid discussions of identity and privilege mixed into an angry indictment of closeted Hollywood.

However, these themes – articulated in expository dialogue usually at the expense of thinly conceived female characters – never coalesce in a meaningful way. Somehow there’s too much going on in this movie – and yet not enough.

The film opens in 2006 with American pre-teen Rupert Turner (Jacob Tremblay) discovering that his favourite TV star, a closeted actor named John F. Donovan (Kit Harrington), has taken his own life. Rupert is resentful toward his single mom Sam (Natalie Portman) for disrupting his child-actor career trajectory by relocating from New York to London, UK in an attempt to start her life over. He’s being bullied at school for seeming gay and fixates on Donovan as a connection to the life he yearns to live.

It’s all very promising… until we meet Audrey Newhouse (Thandie Newton), a jet-setting journalist in Prague in 2017. Used to covering wars in Pakistan and Syria, she is saddled with an assignment she feels is beneath her: interviewing adult Rupert (Ben Schnetzer), now an actor, about his recently published memoir, which she’s not bothered to read. “I’ve got standards, y’know,” she flippantly tells her editor over the phone. “If that little squirt gives me one iota of sass!”

Rupert overhears this phone call and so begins a contentious interview that frames and comments on the primary story as it unfolds in a series of flashbacks. “I’ve come here to talk about influence, identity and TV,” he announces to an unimpressed Audrey. “I know I’m not rebuilding Aleppo!”

It turns out Rupert wrote a hundred-odd letters to John, to which the star replied with his own letters confessing his deepest secrets and emotions. That pen-pal relationship is the subject of the book, but, frustratingly, we never really get a sense of what these letters say except at the very end of the two hours that follow.

What we do get is a lot of explosive mother-son arguing.

Rupert and John’s stories are paralleled: John has moved away from home and there’s tension in his family, who mock him for being a big shot. He is quiet around them, frustrating his chatterbox mother Grace (Susan Sarandon), who drinks too much. His family and colleagues do not know that he’s gay, thanks to his beard Amy (Emily Hampshire), and if the industry were to find out, he’d likely lose out on a plum superhero role his agent Barbara (Kathy Bates) is negotiating for. Is this Rupert’s future?

Meanwhile, young Rupert is identified as a high achiever by a kindly teacher (Amara Karan) and talks like an adult – something Tremblay is convincing at pulling off – but it just feels like a vessel for the director’s ideas than a fully realized character. Rupert is angry that his mom is oblivious to his misery and belittles her “small dreams and smallness.” But we barely get a sense of Sam’s life – in multiple scenes you can practically see Portman’s eyes searching for motivation. Typical of the film’s three primary male-female relationships, the perspective on her character is one-sided in a way that undermines the emotional stakes.

The underlying truth here is plainly stated by Rupert: the bullying he experiences is emblematic of how society crushes the dreams of creative young gay boys and that parents struggle to understand that this happening. They are left to search for something relatable in mass-market entertainment that ironically thrives on repression in order to be profitable.

But Dolan and co-writer Jacob Tierney (Letterkenny) gloss over a lot of simple context that could have added a lot complexity to Sam. What does she do for a living? How can she afford to live in London? What was her relationship with Rupert’s father like, and why did she leave him?

You have to hand it to Dolan for being so willing to make the characters that seem like avatars for himself so unlikeable. But he outdoes himself with adult Rupert, a self-righteous prick who relishes ridiculing Audrey. (And you have to hand it to Schnetzer for being so effective.) He contemptuously accuses her of thinking she has a “monopoly” on homophobia, racism and sexism because she is a Black woman.

“This notion of privilege,” he scolds, “it’s a fucking disease!” The privilege conversation would be worth having in this film – but Dolan clearly doesn’t want to have it.

Like Portman, Newton is continually at a loss in heated moments, gallingly offering little more than a reassuring wink in the face of Rupert’s aggressive provocations. Her character exists exclusively to prompt reactionary and performative diatribes on identity, indulge in cynical caricature (she’s a war correspondent yet uses a giant clunky cassette recorder) and, in a classic Von Trierian move, head-off the director’s detractors by embodying anticipated critical backlash.

Of course, Dolan would not need this narrative device if he had captured John or Rupert’s inner lives compellingly in the first place.

We get very brief glimpses of John’s Hollywood career. Sarah Gadon turns up to deliver one of the film’s funniest lines as an extremely focused co-star during an on-set meltdown, and Bates easily steals her two-and-a-half scenes as the agent full of savage quips and sage advice. But there is little sense of how John feels about his profession. Celebrity became his ticket out of crushing suburbia, but the workings of Hollywood seem as distant for Dolan and Tierney as they are for Rupert.

Of the two moms, Sarandon fares better than Portman, managing to transcend the one-note characterizations in a climactic scene that conveys how disconnection cuts both ways – and, in this case, goes deeper than the distancing effects of fame. In one look, Sarandon wordlessly imparts more about the closeted son-mother dynamic than anything else in the film. Earlier scenes of John’s suburban ennui are so cliched and overplayed with hokey (and hockey-related) dialogue as to belabour Harrington’s isolation.

There’s a club scene hookup early on that Dolan films with an enjoyable and intoxicating sensuality, but it doesn’t last. This is easily his most earnest film. Gone is the wild style he made a name on. Instead, the emotional weight of Turpin’s subtle camerawork is neutralized by the large tracts of ponderous speechifying that is less about defining character and more about a desperate search for substance in the juvenile fantasy plot. Dolan isn’t interested in making us feel his protagonists – he’d rather tell us about them. By strangely de-emphasizing John and Rupert’s correspondence and dehumanizing the women characters, he gives little insight into the root of their rage and alienation.

In one close-up, Newton’s face sums up the experience of watching The Death And Life Of John. F. Donovan: confusion then annoyance then resignation.