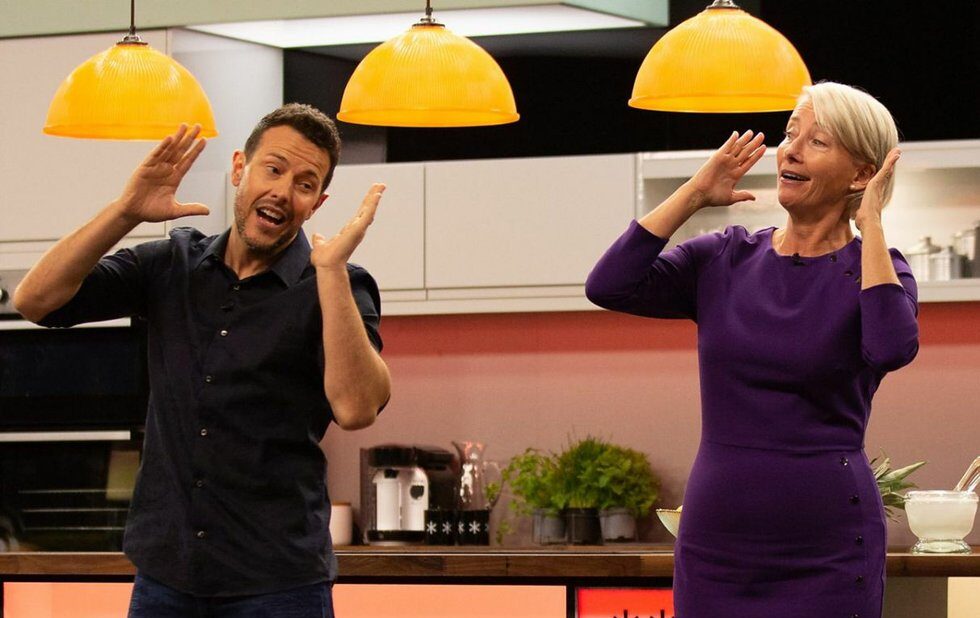 In its first episode, Years And Years leaps us forward to 2024. The ice caps have melted. Brexit has happened. Populism has swept the globe. More and more countries are outlawing abortion and homosexuality. Donald Trump is finishing off his second term by launching nukes at contested land in a dispute with China.

Canada is never mentioned, perhaps because the likes of Doug Ford and Andrew Scheer have managed to scrub us off the map. That’s a dire assumption but doesn’t feel too far out given the overall vibe in this six-part British drama.

Doctor Who and Queer As Folk writer Russell T. Davies’s dystopian soap opera imagines how every issue and anxiety we’re dealing with today will consume us over the next 15 years. The show takes the present to the extreme.

In the four episodes available for review, we track the rise of Vivienne Rook, a British politician played with ruthless candor and cunning by Emma Thompson. Appearing on news programs and then campaign podiums, Vivienne has taken notes from Trump and a public stupid enough to eat up his ignorant swagger and fear mongering. She wields that recipe on her way to the Prime Minister’s office.

The series opens with Rook responding to a news anchor’s questions about Israel and Palestine with “I don’t give a fuck.” When the anchor and the public watching at home react in shock, Rook turns to the camera and asks, “I’ve got your attention now, haven’t I?” That’s how Rook hooks her audience, and Davies his.

The series isn’t actually about Rook. She’s a background figure, like ticker tape that we keep checking in on to measure how bad things get in the world as the show leapfrogs years and years.

The series is actually about the Lyons family, a progressive, upper-middle clan whose lives are often intruded upon by politics. Chief among them is a warm but sharply opinionated matriarch (Anne Reid) who dotes over her adult grandchildren, Daniel (Russell Tovey), Stephen (Rory Kinnear), Rosie (Ruth Madeley) and Edith (Jessica Hynes).

Edith, the eldest, is a militant, globe-hopping activist returning home after Trump’s nuke has exposed her to radiation and taken years off her life. She eventually jumps on the Rook bandwagon, agreeing not with the policies but with Rook’s belief that the world is filled with stupid. Edith figures it’s best to just burn it all down as fast as possible. Perhaps she’ll even live to see it happen.

Edith spends most of her time with youngest sister, Rosie, a single mom and wheelchair user who (like the actor playing her) was born with spina bifida. The refreshing detail here is that Rosie’s disability doesn’t get in the way of her parenting, her romantic life or her ability to be absorbed by the drunken glee over Rook’s popularity in election polls.

Stephen and his wife, Celeste (T’Nia Miller), are dealt a handful from modern times. Their techno-freak daughter Bethany (Lydia West) comes out as trans-human, meaning she wants to get rid of her body and upload her consciousness to the cloud where she can be digital and free. Meanwhile, a run on the bank eats up their savings, forcing them to move in with Gran, where more domestic woes follow.

The show’s ostensible star is Tovey, whose whirlwind performance as Daniel packs in humour, passion and desperation. Daniel is having an affair with Viktor (Maxim Baldry), a Ukrainian fleeing queer persecution in his homeland. As nationalism, deportations and the refugee crisis intensify across the globe, Daniel and Victor’s relationship is tugged across borders through terrain that pushes the current zeitgeist front and centre.

Daniel and Viktor’s story might have deserved its own movie. It often feels worlds apart, and far more dire, when standing alongside the drawing room plot lines in Years And Years. But wild swings between characters and moods, comedy and disaster, are built into the show’s framework, which has a “we are all connected” vibe that recalls Paul Haggis’s Crash (but feels less self-congratulatory).

The show is ambitious. Marching a progressive family through every issue screaming through our Twitter feeds is what distinguishes it. But that’s also what ultimately causes a whiplash effect. More often than not, the outside world and its issues are a distraction from the intimate scenes Davies and his formidable cast do so well.

The strongest moments are the intense and prickly confrontations between family members. But every half hour or so, the sharply scripted domestic squabbles get interrupted by operatic newsreels covering far-right political developments or global catastrophes, as if a defibrillator is being used to jump-start the narrative.

In Years And Years, politics interfere with the personal. That’s fine, but it leaves little room for Davies to explore what politics are at play within the personal relationships.