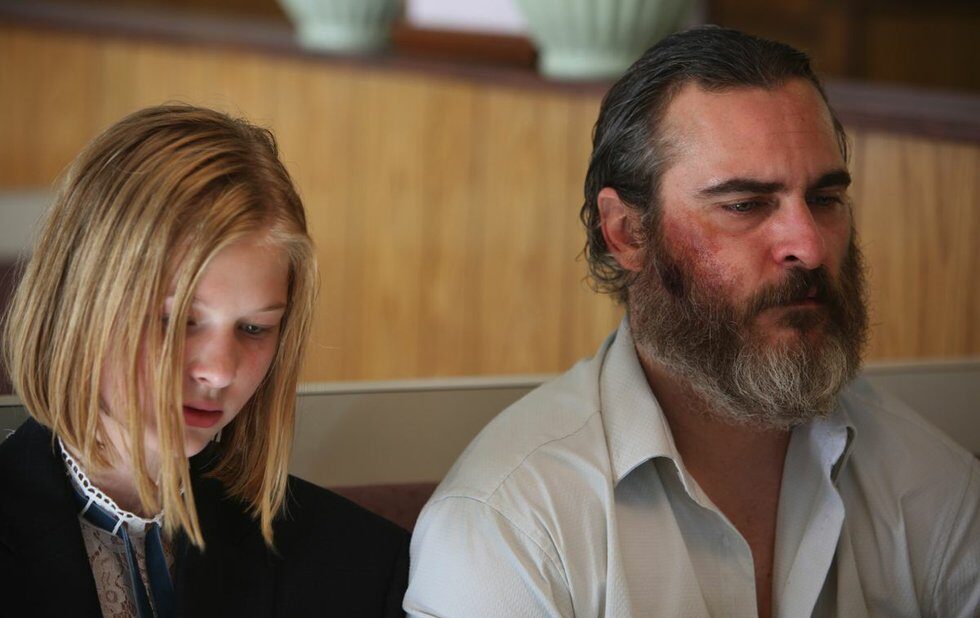 Hailed at Cannes last year – where it won prizes for best actor and best screenplay – Lynne Ramsay’s You Were Never Really Here is, on one level, a conventional pulp thriller about a finder of lost children whose latest job goes sideways, leading to a bloody, brutal reckoning.

This doesn’t sound like the sort of movie the director of Ratcatcher, Morvern Callar and We Need To Talk About Kevin would make – those aren’t exactly genre-friendly films – but Ramsay has taken Jonathan Ames’s novella and applied her own distinctive touch. The story of violence coming home to roost is also an artful study of a man desperately seeking an end to his own torment, featuring one of Joaquin Phoenix’s finest performances.

Ramsay applies her trademark detached stylization to gruesome subject matter, much as she did in We Need To Talk About Kevin, only this time it’s a better fit.

Here, instead of aestheticizing horror into the abstract, Ramsay’s eccentricities serve the material, infusing standard action beats with queasy dread and an unnerving obliqueness. More often than not, the worst things happen just off-screen, where we can conjure our own awful visuals to accompany the sounds of our hero’s trusty ball-peen hammer.

But though we only glimpse his destructive prowess, Phoenix wears every bit of it, expressing the weight of a life of violence in his weary eyes and hulking frame. In his relationships with his mother (Judith Roberts) and his latest charge, a girl named Nina (Wonderstruck’s expressive Ekaterina Samsonov), we see the tenderness and humanity he’s so desperate to snuff out.

It’s masterful work from one of the best actors of his generation.