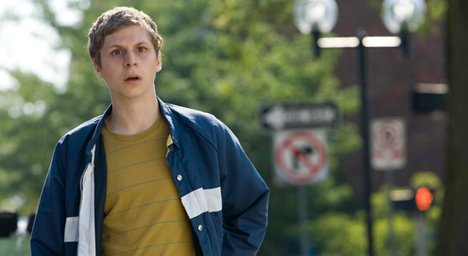 This drab adaptation of C.D. Payne’s novel casts the gangly actor as Nick Twisp, a twitchy 16-year-old virgin who reinvents himself as a bad boy to impress his would-be girlfriend (Portia Doubleday).

Cera does get to stretch beyond his established persona as Nick’s imaginary alter ego, blue-eyed French provocateur François Dillinger, but that just makes his “real” self even less interesting by comparison.

That said, if you think the sight of Cera running around in nothing but socks and boxers is automatically hilarious, add two Ns to this rating. Hell, add 10. It still wouldn’t help.[rssbreak]