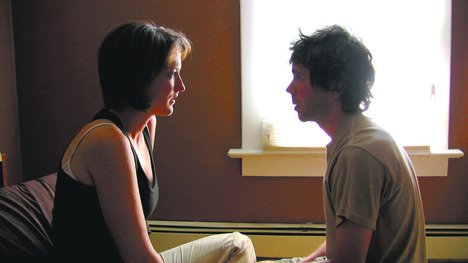 Zooey & Adam is an experiment that really pays off. It has low-?budget indie written all over it – edgy improv style, bad lighting – but it demonstrates how a great story can really juice a film.[rssbreak]

Zooey and Adam are having trouble conceiving, even though they fuck constantly. When three yahoos rape Zooey while Adam is forced to watch, Zooey gets pregnant. She wants the baby, Adam not so much. And when baby Carl looks like he’s turning into a problem child – is it genes or Dad’s hostility? – Adam starts losing it.

Garrity, who also writes and edits, maintains a breakneck pace, impressive given how much of the emotional action is internal, and Tom Keenan and Daria Puttaert as the struggling couple have great chemistry. Garrity’s focus on Adam’s trauma has triggered controversy. But it’s completely credible that Zooey is preoccupied with Carl, while Adam can only obsess over his inadequacy. Not for everyone – just those into films that take serious risks.