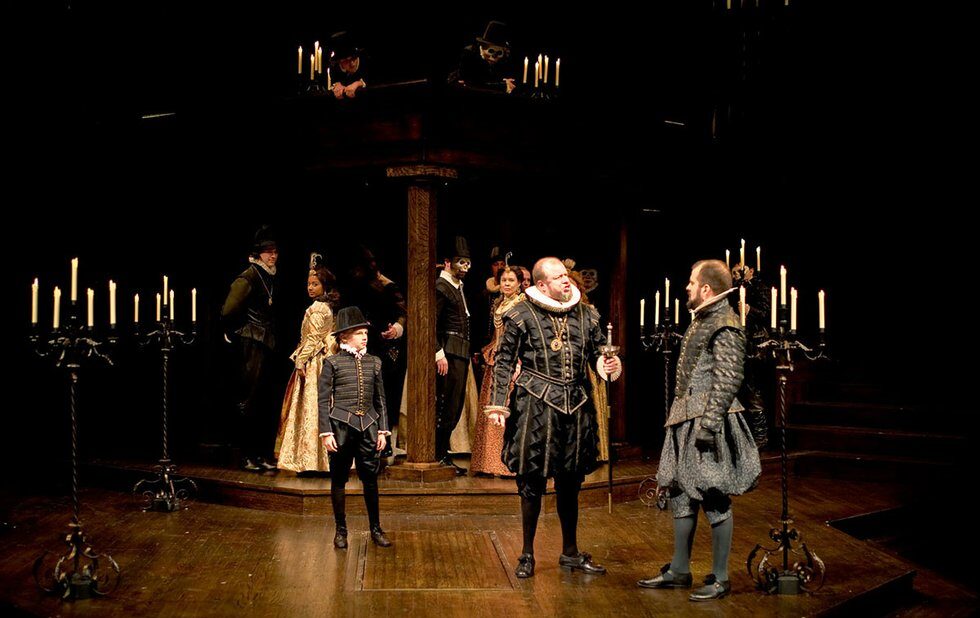 I missed Stratfords production of Romeo And Juliet last season, so what a treat to see Cineplexs HD presentation of it in theatres this week.

If anything, stage director Scott Wentworths emphasis on the toxicity of male violence in fair Verona fits in perfectly with societys ongoing conversation about abuse and survival. Wentworth has boldly replaced the chorus with one speaker (Sarah Dodd) and four wordless widows who survey the action. (Presumably, these women have lost husbands to the generations-long feud between the Capulets and Montagues.)

Sara Farb and Antoine Yared have great chemistry as the star-crossed lovers, their characters youth coming out in their restless, impulsive actions and their delight in each others wordplay.

But theyre only part of this fine ensemble, which includes Seana McKenna, beautifully cast against type as the prattling Nurse, Evan Buliung as an older, doomed Mercutio and Randy Hughson as a highly strung, violent Capulet.

Hughsons rages, both at the beginning of the play and when his daughter refuses to marry Paris, suggest generations of inherited anger.

Directing for the screen, Avrich captures the fight scenes particularly well and gives you ample close-ups, so theres as much poetry in an actors face as there is in their delivery of a line.