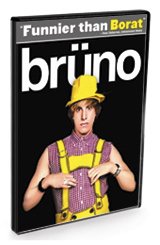 Solveig Dommartin takes to the swing in Wings Of Desire.

Written during the Nazi occupation of Rome and filmed just a few months later, Rome Open City centres on an engineer, a priest and a widow about to remarry, all in the resistance, and the Gestapo officer who’s hunting them.

Rossellini followed it up with Paisan, six episodes of life in wartime in Italy, then went to Berlin for Germany Year Zero, the harrowing tale of a 12-year-old struggling to support his family in the rubble of bombed-out Berlin and the terrible decision he makes.

Each disc comes with a wealth of scholarly and historical extras exploring Rossellini’s life and work and Italian neo-realism, the enormously influential movement launched by Rome Open City. Among the best of them is Into The Future, a visual essay by scholar Tag Gallagher that knits together style, themes and historical context.