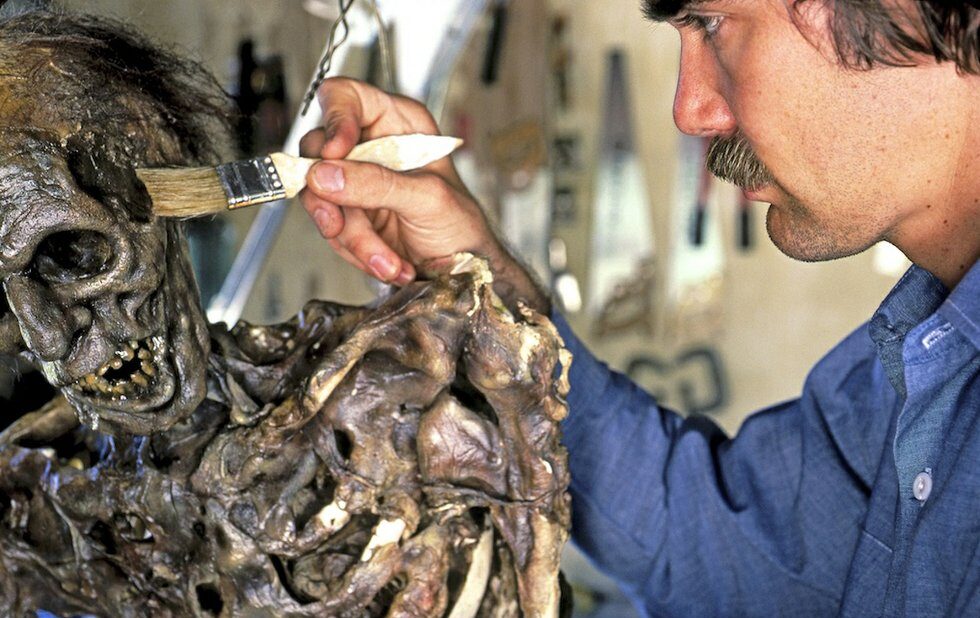 Cursed Films is a concept so clever I can’t believe no one’s done it before.

Each picture gets its own half-hour showcase, with critics, historians and the occasional surviving cast or crew member discussing the controversies surrounding a given project. The Exorcist and The Omen were plagued with injuries and mishaps Poltergeist and its sequels lost cast members to murder and illness a horrific helicopter accident on the set of Twilight Zone killed Vic Morrow and his young co-stars Myca Dinh Le and Renee Shin-Yi Chen, and Brandon Lee was killed by a prop weapon in The Crow while filming his character’s death scene.

Cheel – whose documentary output includes the moving How To Build A Time Machine – is quick to acknowledge that the idea of a “cursed” production has more to do with the human need to find reasons for random tragedies: the Omen episode spends several minutes on that very point. As one of his guests points out, it’s pretty difficult to argue that Gregory Peck failing to board a plane that subsequently crashed is proof that the devil didn’t want The Omen to be made – or maybe it just proves that the devil is a really bad planner.

Shudder is staggering the episodes over the first three Thursdays of April: The Exorcist arrives this week (April 2), with Poltergeist and The Omen following April 9 and Twilight Zone and The Crow dropping April 16. Watch them in chronological order, and the tone of Cursed Films shifts from puckishly skeptical to genuinely tragic.

Sure, it’s amusing to watch the clips of 70s media trying to generate Satanic-panic hysteria over a few accidents on the sets of The Exorcist and The Omen, but real sadness creeps in as Cheel tallies up the genuinely awful circumstances of the Poltergeist cast deaths, the negligent horror of the Twilight Zone tragedy and the way Lee’s death on the Crow set couldn’t help but feel like a dreadful echo of his father’s death two decades earlier.

It’s a great idea executed with restraint and respect. I was a little wary of the choice to include the footage of the Twilight Zone accident – which, by virtue of having been lit and shot for maximum cinematic impact, now seems eerily polished and unreal. But Cheel uses it to help us understand the shock of the film’s crew – among them production designer Richard Sawyer – whose elaborate action scene turned into a nightmare in the blink of an eye.